The Asia Liberty Forum (ALF) is an annual 2-days conference jointly sponsored by the Atlas Network (US), Center for Civil Society (CCS, India) and the Friedrich Naumann Foundation for Freedom (FNF, Germany). Five ALF events so far from 2013-2017 and I have attended the last 3 -- 2015 in Kathmandu, Nepal; 2016 in Kuala Lumpur, Malaysia; and 2017 in Mumbai, India.

Some photos of the ALF 2017 last week, February 10-11 held at The Leela Mumbai Hotel. Below, Baishali Bomjan, a superwoman at the CCS, formally opening the conference on Day 1. 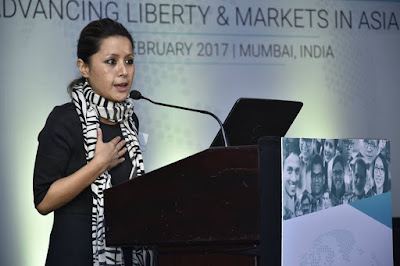 Speed networking, a traditional Atlas conference activity where participants introduce to each other one on one for 2 minutes, then move to the next person in front. Notice the background, "Freedom" translated in various Asian languages. 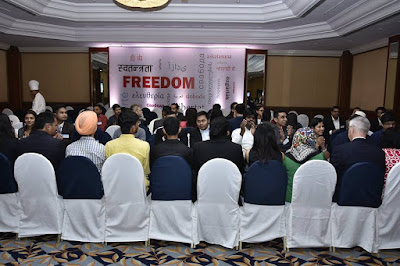 About 250 people registered, some they come and go. About 200 max at any one time. 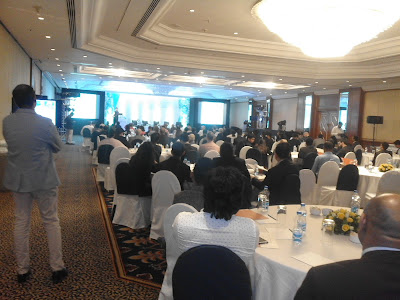 Among the tweets on Day 1 under the hashtag #AsiaLF17:


"Trade and exchange is not a zero sum game ... both sides can be better off"…


"When you have free markets & property rights, you open up lot of opportunities" - Linda Whetstone

"After the collapse of the Soviet Union, we were intoxicated, thinking that our ideas had won...
I am a free market fundamentalist, I am also a democratic fundamentalist....
Populist trends did not happen on their own, they have been rising over the last ten years....
There is a huge political convergence that has taken placeThe traditional left and right agree on one point- use the state." -- Barun Mitra 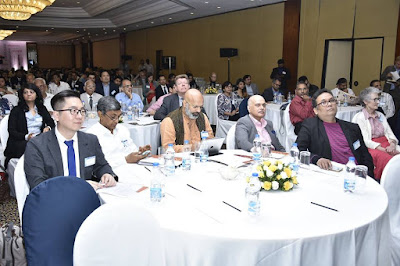 Why #property rights matter for #India's poor: Give them rights and they turn rocks into a garden. -- #liberal activist Ambrish Mehta

One more #liberal bonmot: "Government is like air, it is all around you in #India." -- Rajesh Jain @freeabillion

"Technology equalises power of communication and lowers role of money ... there would be no Tea Party without Facebook... "Every human being is fundamentaly a #liberal at heart. #Freedom is built into our DNA." -- Matt Kibbe @mkibbe

"why do we still turn our backs to private schools despite data that these schools are preferred choice for many?" -- Brajesh Mehra 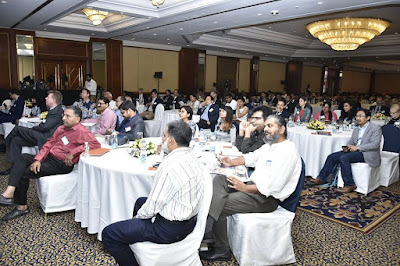 Our panel on Deregulation, 4pm of Day 1. 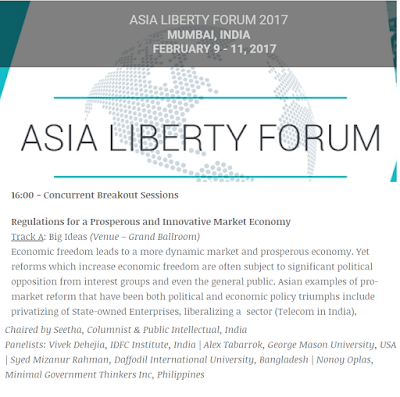 "Standardised containers did more to reduce trade costs than lowering trade tariffs…  Exits are important for Liberty because it disciplines firms." Alex Tabarrok 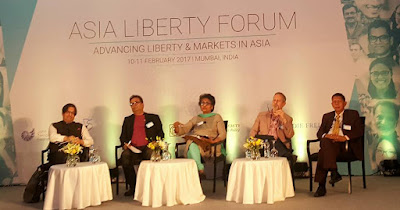 My 19-slides presentation, Electricity deregulation and re-regulations in Asia, Philippines in particular.

My article in BusinessWorld last February 15 about the ALF17, The public sector is the private sector of those in public offices. It is reposted at the EFN Asia website.

A good keynote speech during the farewell dinner, Day 2 of ALF given by Amit Varma, The landscape of freedom in India.

Thanks to Simon Lee for this photo, with Parth Shah, President of CCS. I met Parth for the 1st time in April 2004 during the Mackinac Leadership Conference in Michigan conducted by Lawrence Reed, Joe Lehman, other great Mackinac guys. Andrew Work, Ellen Sandig Cain, Manali Shah were also our batchmates in that great conference. Andrew is represented in this photo by Simon who was 1 of 3 co-founders of the The Lion Rock Institute in HK. 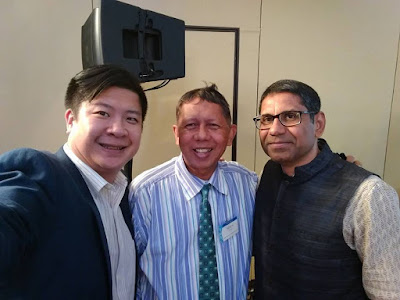 Below: standing are me and Barun Mitra. Seated are Mohit Satyanand and Julian Morris. In June 2005, the International Policy Network (IPN, UK) organized the Global Development Forum in London, a conference in support of more free trade, less aid. It was held 2 weeks before the G8 summit in Scotland where the main agenda was more foreign aid (or simply more govt to govt aid) to "make poverty history". IPN Exec Dir then was Julian, I and Mohit Satyanand were 2 of about 6 speakers. 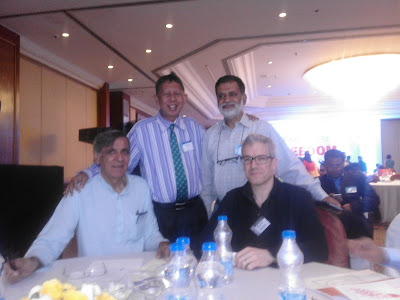 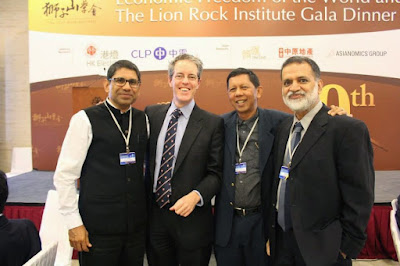