Compared to other billionaires, Elon Musk is not that rich actually. The PH's richest man has more money than him :-) But people often mention Elon nonetheless. Forbes' 2018 billionaires. 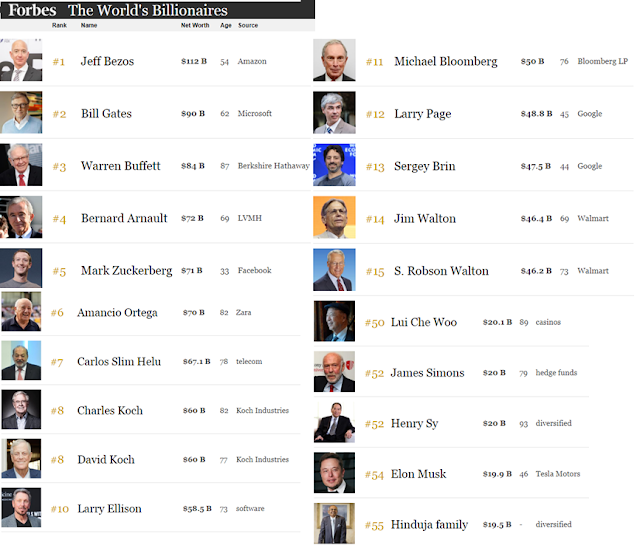 April 1 this year, there was one headline saying that "Elon to buy facebook then delete it." It's a "fool's day" news of course. Comparing the wealth of Zuckerberg and Musk, the non-fool's day headline might be "Mark to buy Tesla and convert all of their cars to gas engines." And make money even without any government subsidy.

If family wealth is considered, the richest people in the planet are the Waltons, owners of Walmart. Combined wealth of Jim, Robson and Alice is $138 B. Second would be the Koch brothers with $120 B. 3rd-4th would be Jeff Bezos and Bill Gates.