Cool, useful chart below. Global poverty has declined, significantly. To read it, choose a level of annual income on the vertical or y-axis and then use the blue and red lines to find on the horizontal or x-axis the corresponding share of the world population living with less than that income. 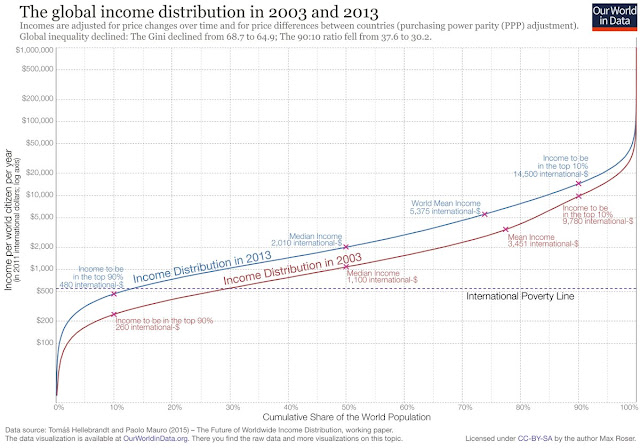 Source: "No matter what extreme poverty line you choose, the share of people below that poverty line has declined globally", April 05, 2017 by Max Roser, https://ourworldindata.org/no-matter-what-global-poverty-line

The rich are getting richer, the poor are getting middle class status. Not all of course but many of them. The poor used to ride bicycles or cow de carabao, now they ride motorcycles or 2nd, 3rd-hand cars.
--------------