I like this article by a friend since 2004, Andrew Pak Man Shuen, Director and Co-Founder of the Lion Rock Institute in Hong Kong. I thought it was Sir John Cowperthwaite who was the first engineer of HK free trade policy. Reposting, did not include the first four paragraphs. Photo I got from wiki.
------------- 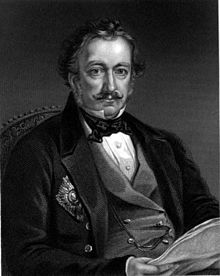 … Sir Henry Pottinger was our first colonial governor. After the Opium War, he turned Hong Kong into an outpost of the British Empire so distant that Victorian parents would threaten to send unruly children there as a punishment.

He laid out the three basic governing tenets of Hong Kong. The first was that there must be no direct taxes: government revenue would come from land leases, licensing fees etc. The second was to “respect local customs”. Finally, Hong Kong would allow free trade, including with the enemies of the British Empire.

From the perspective of the 21st century, it is easy to conclude that Potting must have been a liberal. No direct taxes. Multiculturalism. Free trade. And all for a city built on commerce.

But, before celebrating, we must bear in mind that Pottinger was a hard-nosed colonialist. He and his colleagues had no qualms about butchering the “yellow peril” as they barrelled into Qing-dynasty China.

So why those three seemingly enlightened tenets? Remember that this was before the telegraph and the Suez Canal. Britain was not all that keen to hold a colony that was not only far away but surrounded by hostile powers. London sent the message to Potting that he would not be receiving much in the way of manpower or budget.

Hence it was out of realpolitik that Potting embraced those principles. First, the collection of direct taxes is extremely labour-intensive; without them, he could manage with a much smaller civil service. Second, although the Chinese of that era engaged in polygamy, female pedal mutilation and (perhaps most objectionable to the British) eating dogs, Pottinger knew that he was in no position to engage in mass behaviour-modification. If everything the Chinese were doing was allowed to stay legal, the police force could remain small and still be effective in the protection of property rights.

The decision to make Hong Kong a true free port where even the enemies of the British Empire could trade was a master-stroke. Pottinger understood that the colony would be hard to defend with military force.

However, Pottinger also knew that, as Hong Kong possessed no natural resources to be pillaged, together with the fact that attacking any part of the British Empire would incur a cost for the invader, any assault must be part of a grander strategy for an invader in search of a prize other than this colonial outpost. If the would-be invader discovered that they could purchase whatever they coveted from Hong Kong, it was not worth the effort.

This explains what happened during the Korean War. The British colonial administration must have known about the smuggling activities of Henry Fok, who was transporting massive resources to Communist China. The latter had been placed by the United Nations under a total trade embargo. This meant that free-trade colony under British control was a lifeline for Mao, and far more useful than a Chinese-ruled Hong Kong.

As a result, Hong Kong remained British until 1997 – that is, 50 years longer than India. Its sovereignty was preserved because the power most likely to invade was protecting it. This makes Pottinger look like a geopolitical genius.

Of course, Hong Kong’s sovereignty did change hands once before 1997. In 1941, Japan invaded as it simultaneously rained bombs on Pearl Harbour, and we surrendered in three weeks. If Pottinger’s adoption of free trade was such a master-stroke, how come Hong Kong fell to the Imperial Japanese?

Next to the Yasukuni Shrine in Tokyo, which commemorates the war dead, there is a museum that is basically an attempt by the Japanese to explain what they did. One word is crucial: oil.

According to Pottinger’s theory, if the Japanese could have bought oil through Hong Kong, the Pacific War with the Allied forces might have been averted. Of course, this also means that Hitler would have never declared war on America. And that was not what Churchill wanted. That raises the question of why Hong Kong uncharacteristically participated in the oil embargo and suffered invasion – but we can leave that discussion for another day.

To conclude, the logic of “when goods don’t cross borders, soldiers will” that underpinned the Treaty of Rome was on full display in Hong Kong. Peace and sovereignty flow from the fountain of authentic free trade, even in the absence of soldiers and Ian Fleming’s secret agents. And, of course, there is another consequence of authentic free trade, which is massive and widely shared prosperity. That is also on full display in Hong Kong.