(This is my article yesterday in thelobbyist.biz with original title, Two years of drug price control)

On August 15 this year, the government’s drug price control policy will turn two years old. The policy was a political project in mid-2009 by they key political actors at that time preparing for the May 2010 elections. Improving public health via forced drug price reduction was only a smoke screen to their political positioning.

The drug price control policy is officially called Maximum Retail Price (MRP) both in the law (RA 9502) and its implementing rules and regulations (IRR). When it was implemented, MRP was thrown out and two illegal terms were used: Government-Mediated Access Price (actually Gloria Macapagal Arroyo Price or GMAP) and Maximum Drug Price Control (MDRP). MRP sounded like Mar Roxas for President, so the Gloria boys at the DTI and DOH introduced and used MDRP.

The price control policy’s design was wrong and faulty in the first place. Here are four reasons why.

One, there was already a healthy, even stiff competition on certain drug molecules, among many drug producers in the country, both innovators and generic manufacturers, resulting in price reduction in more and more molecules and generic categories.

Two, the Generics Act of 1988 was generally successful in promoting cheaper generics, off-patent drugs to the public. The drug price control policy defeated the purpose of the Generics Law by encouraging people to shift back to the branded and patented drugs by multinational pharmaceutical companies as the price of the latter have been coerced by the government to become 50 percent cheaper.

Three, the targeted beneficiaries of drug price control policy were the poor, not the rich and upper middle class. Many if not all of the 22 drug molecules that were covered by the policy have cheaper, off-patent competing drugs already available. The rich were patronizing the multinationals’ manufactured drugs while the poor were patronizing the off-patent drugs. The forced price discount therefore, would benefit – and it did benefit – the rich and upper middle class who would be buying those drugs whether they remained at their high price or would have the mandatory 50 percent price discount.

Four, the law makes a long list of requirements before the government can impose drug price control or MRP. By forcing the policy, the government was inviting criticism if the long list – like labeling of each bottle, blister pack and tablet packages showing that “the MRP of this medicine should not be higher than P_____ -- were indeed followed or not.

Price control simply means price dictatorship. The government is dictating to the affected industry players that regardless of the cost of production and marketing, the cost of taxes and fees they must pay, those companies must sell their products at a level that was set and dictated by the government. Otherwise, these players can be declared as violators of the law and are subject to certain fines and penalties.

Price control also means politicized pricing. It is the politicians and the political class, like the appointed government officials, people who are detached from the nitty gritty aspects of innovation, product development, going through regulatory approval processes, then marketing and selling, of various goods and services. By supplanting the subjective opinions and biases of the political class over the actual players, price distortion and ultimately, business and economic distortion happens.

Thus, one negative result of the policy is business uncertainty. Someone with a really innovative, creative and revolutionary product (a more disease-killer drug, a more cutting-edge laptop or cell phone model, a more powerful energy drink, etc.) will hesitate bringing that product to the country knowing that the politics of envy or the plain itch to intervene by the political class will pounce on them anytime.

These things and lessons have not been considered yet until now by the current political administration as there is little or zero signal that the policy will be withdrawn and discontinued.

This case therefore, further nullifies and contradicts the liberal philosophy by leaders of the Liberal Party themselves. Because liberalism highly respects individual freedom and shuns whenever possible the “freedom to intervene and distort” by the political class and leaders of the state.
-------

Drug Price Control A Year After

The drug price control or price regulation policy will turn exactly 1-year-old on August 15, 2010. A year after its implementation began, has the policy achieved its goal of making essential, popular and branded drugs become more accessible to the poor? To help us answer this question, let us see some sales data from two drugstore chains, MedExpress/Manson drugstores and Watsons, which, starting this year, has become the second biggest drugstore chain in the country. The officials of these stores gave me permission to use their data for this article. 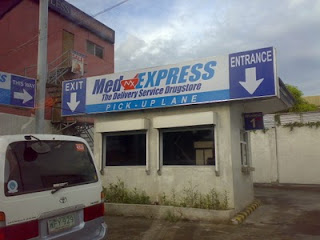 MedExpress’ sales data for the price-controlled drugs showed the following: From August to December 2009 vs. same months in 2008, sales volume fell by 3.4 percent and sales value tumbled 34.3 percent.
From January to May 2010 vs. same months in 2009, sales volume has managed a 7.3-percent increase but the value plummeted by 65.4 percent, whacking the retailers’ margins. 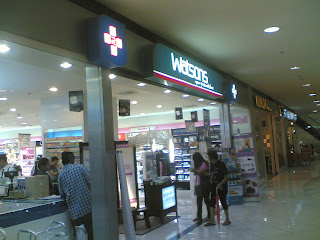 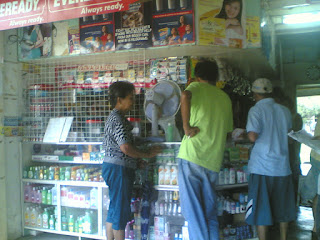 It is time to move on, abandon politicized pricing of certain drugs, and focus our energy on the bigger issue of healthcare coverage for many Filipinos.
--------