My friend and fellow UP alumni, Malou Tiquia, wrote this in her facebook Notes last week. I am reposting this with her permission.
-------

Robbery on the rise, better arm yourself!
by Malou Tiquia on Saturday, July 30, 2011

I have not been a respondent of SWS or Pulse but I have been on the recieiving end of malefactors prowling in the metropolis. First was in 27 December 2010 coming from a briefing for a client in Makati. Since it was holiday season, I allowed my driver to go home early and I just drove myself to the vet. using my personal vehicle. I rushed to my vet because my beagle, Rotte, had an emeregency. In less than 5 minutes, my vehicle's glass window, back of driver's, was cut by a diamond cutter. They carted away with 2 MAC laptops, my bag with cash, cards and jewelry, an overnight bag of my colleague as well as her bag, also with money cards and cellphone. That happened along Visayas Avenue. It was even reported by Ellen Tordesillas. Barangay was not of help. The police just got the details for the blotter and issued a report for use in credit card companies and replacement of govt issued ID cards. "Wala tayo mam magagawa." Amazing!

Last May 2011, a break in took place in my Mom's house along Banawe, QC at 12 noon! My mom and our kasambahay just stepped out to buy something and the perpetrator/s ransacked our house taking away jewelries and other valuables. I lost 5 wrist watches. Police came, SOCO came blah, blah, blah, nothing happened.

Then on 27 July 2011, I arrived 8:00 pm to my condo unit along P. Guevarra, San Juan with its main door and rooms pried open. The perpetrator/s took jewelries, watches and credit cards. According to the police, another unit was broken in ahead of mine but nothing was carted away. Worst, the perpetrator already used my Metrobank credit card before I learned of the break in and cancelled my cards. Metrobank says there is a 30k floating charged that day. When I asked why should I pay for it, Metrobank customer relations said that is the procedure. Go to hell Metrobank! Good thing the merchant where the other card, Citybank, was used retrieved my card when the person failed several times to copy my signature. Citybank immediately called and inquired. Thanks Citybank. I am hoping something happens here because the San Juan police appeared to be more "in the case" than the first two. I hope for an immediate resolution. My friends were telling me I should arm myself. I am seriously thinking of doing that. Wala ka na pala ngayong maaasahan.

These never happened to me under any admininstration. Only in the present one where there seems to be a total breakdown in peace and order. Go figure. The head of NCRPO taunted the whole wagon or criminals when he said "subukan nyo kami." O general, sinusubukan na kayo, anong nangyari sa yabang nyo?

Today, I applaud the PNP, one of those rare instances.

I firmly believe that the main function or role of the state, or government, is to promulgate the rule of law. The law against killing, law against stealing, carnapping, land grabbing, extortion, rape, arson, destruction of property, etc. The state should focus on that and only when it has done well on this work, the state may dip its hands on many other sectors, like providing endless subsidies that require endless taxes or endless borrowings.

I have earlier criticized the Philippine National Police (PNP) as being saddled with an extortion culture among its ranks. Then a friend personally experienced several robberies -- her car window was broken and thieves carted off 2 laptops, her bag and other valuables inside the car; her mother's house was attacked by thieves, and her own condo unit was also entered by other thieves.

Today, I applaud the PNP. They have killed a number of bad guys in society. Early this morning in Quezon City, Metro Manila, they killed 5 carnappers, those guys who steal your car while you're asleep or in a meeting, or pointing a gun at you and will not hesitate to kill you if you don't give them your car. Report said the criminals belonged to the "Lintag Gang". See one report here, 6 suspected car thieves killed in QC, Makati encounters.

Also early this morning, the police also killed one carnapper in Makati. Our office is in Axa building, Buendia, Makati City. The scene of the shootout is just across the street below the building, beside a creek near Makati Medical Center (MMC).

When I came to office this morning, there was super-heavy traffic along Buendia, Ayala, Malugay, Yakal, Pasong Tamo and nearby streets. Makati police has cordoned off the areas in front of Makati Fire Department, again, just below Axa building on the other side. One of the criminals did not escape and tried to run away. There was heavy shoot out around 7:40am, and the criminal hid in the creek just below Axa and Makati Central Post Office.

Around 9:30am, the cordon was lifted by the police. I thought that possibly they already got the criminal.

Hoorrayyy to the PNP, at least on this achievement. Focus your energy and resources in going after the bad guys. Give us ordinary citizens, peace of mind. Many of us, like me, are non-gun owners and have no intention of getting a gun. It is hard to confront those armed criminals. Run after them, give them hell. And stop the extortion culture among your ranks. We do not pay taxes for you to cuddle those extortionists.
--------

Privatization of Peace and Order

If we look around, we will notice that the real work of maintaining peace and order, of protecting private property, lies with private security agencies now, not with the PNP or AFP. Who guard our buildings, condos, villages, shops, malls, schools, banks, churches, trains, bus stations, airports, seaports, concerts? ALL are protected by private security guards. The peace and order function of society has been greatly privatized for many years now, and we keep paying huge taxes to maintain huge bureaucracies that are more active and visible in protecting top politicians like fielding those officers in anti-street demos, in guarding political VIPs on the roads, even escorting funerals by some influential people. 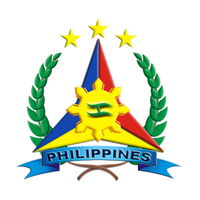 The AFP and PNP, if they are indeed sensitive, should be insulted and ashamed that while they receive hundreds of billions of pesos of tax money every year, taxpayers and owners of those establishments do not run to them for their personal protection. They run to the PNP only after a serious crime has been committed, like murders and bombings.

Many PNP and other government personnel are sometimes busy with street extortions like flagging down motorcycle riders who do not have helmets, flagging down "colorum vehicles" that provide transportation to people during rush hours, etc. While a number of AFP and Defense (DND) officers are busy producing bogus receipts for their huge claims and rackets.

The PNP especially should really assert its primary role as protectors of ordinary citizens against thieves and snatchers, killers and murderers, kidnappers and carnappers, rapists and women traffickers, bombers and land grabbers, and many other criminals.

The poorer the record of the PNP against those criminals, the bigger will be the number of private security guards that we will see.
---------