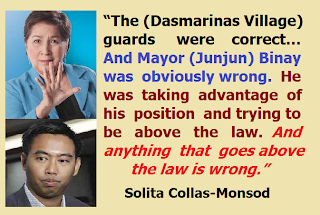 Mayor days be merry and bright
and Mayor all Christmas be white.

Binays (be nice), be not naughty
Santa Claus is coming to town. 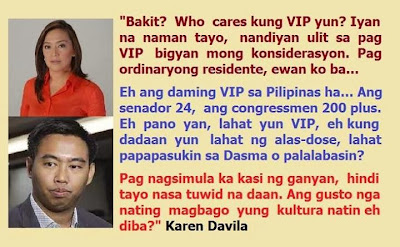 These are some of the revised Christmas carols here in Manila after Makati Mayor Junjun Binay's Dasma gate. Typical Pinoy humor.

On the famous umbrella at night and it was not raining, here are some comments in facebook... 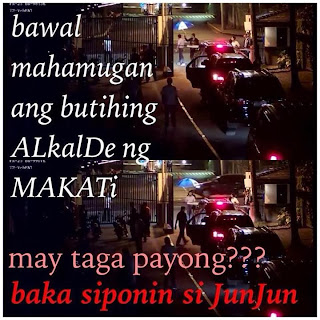 I can understand Imelda Marcos with the umbrella, that was then. Baka matunaw sa ambon? 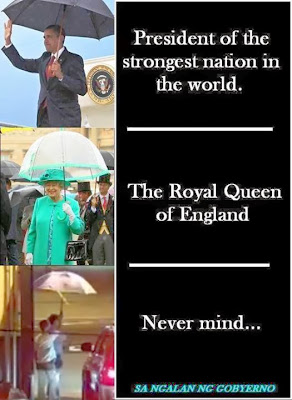 The Binays' pattern of politics seems to be clear. It is not based on any rule of law. Everything is about personal exemptions, pakiusap, entitlement. Remember, he volunteered to talk to 'his classmate' Nur Misuari during the Zambanga siege? He suggested letting the rebels exit through a 'corridor of safety' instead of charging them according to law. His son wanted to be exempt from the gate rules as 'courtesy or entitlement for being mayor. Let's not forget the relief goods with his name and picture.

According to one FB post, when the Binays shop in Rustans Makati, they park their cars in the front entrance and wait there leaving everyone to walk to their cars even on a rainy day. Many more stories are coming out. 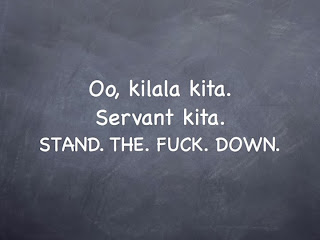 And from the Inquirer:

"The security guards who figured in the controversy will receive plaques of appreciation from residents of Dasmariñas Village.

Mike Bucoy, general manager of Dasmariñas Village Association, said the plaques of appreciation would be handed to the security guards during the employees’ Christmas Party. 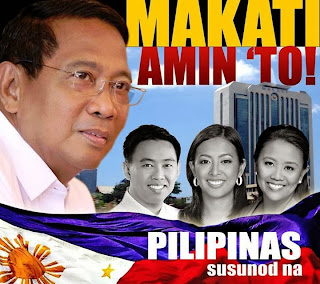 He added that the village did not have a VIP policy, contrary to the statement of Ram Antonio, head of Eight Right Security Inc.

(All photos here from various postings/sources in facebook, none of which I made myself)
---------