The Binay family is the longest-reigning, most politically influential in Makati City, the financial capital of the Philippines. Currently in power are Vice President Jojo Binay, daughter Sen. Nancy Binay, another daughter Congresswoman Abby Binay, and son Makati Mayor Junjun Binay. The wife of the VP was also a former Mayor of Makati.

Last November 30 this year, an incident happened inside Dasmarinas Village, Makati City. Before 12 midnight, Mayor Junjun and his backup vehicles wanted to get out of the Banyan gate, fronting Mckinley Road. Dasma village security guards that night did not allow him to exit. The policy is by 10pm, minor gates like Banyan, Lumbang and Mantrade gates, entry only for cars with Dasma village resident sticker, but even residents cannot exit there. They must use the two main gates at Palm Ave. and Pasay Road.

The Mayor and his security insisted that they should get out of that gate, a stand off occurred. The guards at the gate called more guards while the Mayor called the Makati police. Pinoy humor kicks in, as usual, with these photos, all posted in facebook. The "real reason" why the Mayor could not get out of the gate -- Gandalf stopped them. :-) 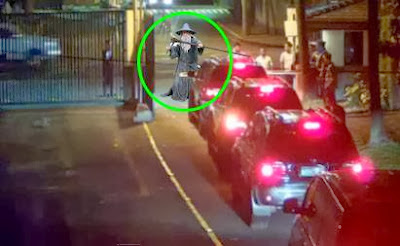 During the brief stand off, a guard of the Mayor was caught on CCTV loading bullets in his gun and went to the village security guards. Scenes like this attracted public anger, as expected. Mayabang, arogante. 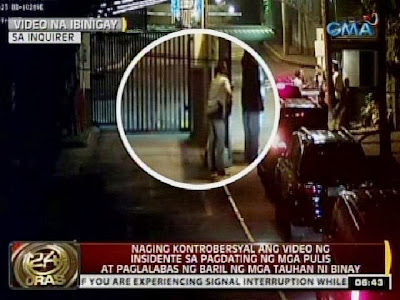 When the Makati police came, they forced open the bar, then dragged the three village security to the police station. Earlier report from the Inquirer said the 3 guards were dragged then detained for four hours before being allowed to go back to the village. 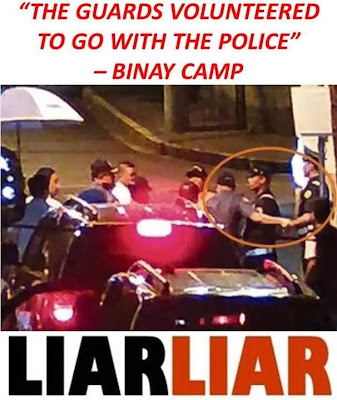 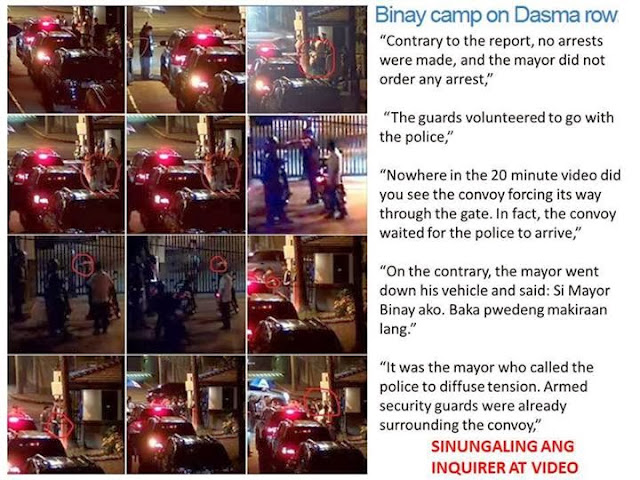 One beauty of CCTVs. They allow the photos and videos to speak for themselves.


(3) 'There are people bent on putting my family's name in bad light.' – Nancy Binay

(4) Let’s not make a big deal about it. It was only a Christmas get-together between the guards & bodyguards. Mayor was even invited. Notice the Christmas lights? The giveaway were umbrelas. The PNP upon hearing about the occasion joined in.. 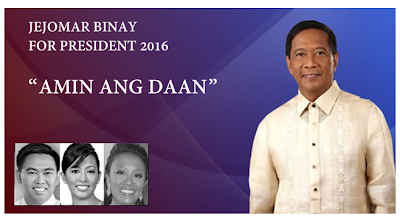 After being told by the guard that the gate is restricted, why did the mayor call the police? He admitted he did that, and the abuse of power is right there, although it is a very small, trivial example.
And in typical fashion, it is followed by denial and cover-up, which in many cases are much worse than the actual cause. Watergate is the No. 1 example.
According to Philstar the guard agency owner said that it is their longstanding SOP to allow the Pres., VP + mayor of Makati the use of that gate, and the guards made a mistake not allowing it. Is this true, or was it just an excuse so that the big shot can go scot free?