The campaign by the government (LTFRB, LTO, MMDA, LGUs, etc.) and some private citizens against "nangongontrata (fare contracting) or isnabero" taxi drivers this season is wrong. Airlines, shipping lines, hotels, resorts, can raise their price during the holiday season, why can't taxi drivers?

Bus lines' fares are also government regulated, they can not raise their fares, but buses can adjust by packing in more passengers than usual to maximize revenues. Taxis cannot do that. 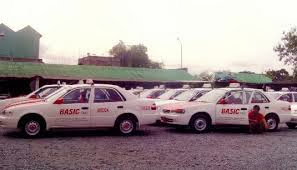 One of my friends not only support "nangongontrata" taxi drivers, he initiates the contract. If he is in a hurry and faced with competition from many other passengers, he would wave two bills of P100 each. Taxi drivers snub other passengers and stop in front of my friend and asks, "Ser saan po sila?" (Sir, where are you going?) My friend's destination is worth only around P100-P120 using the usual taxi meter. My friend takes the cab easily. The others can only complain and text their friends, "mahirap kumuha ng taxi".

Taxi drivers and operators should be allowed to raise their fares, especially on holiday season. Like they can put a sign, "Flag down P75" instead of the government-controlled P40. Those who are not in a hurry can snub those expensive taxi and wait for the non-contracting drivers. Those who are in a hurry whose time is higher than the P35 difference in flag down will get that taxi.

They got to review the system. most of these drivers are on 24-hr shifts. and most do these just to earn that "boundary". Going rate for the boundary is P2000 per day about 2 years ago. Im not sure what it is now. P1200 if you take the taxi out for 12hrs.

So these are just the costs of driving out their units. what if you want to earn P1000 a day being a taxi driver? you probably got to earn around P5000 a day, gross, for that to happen.

Aaaaand, they get penalized how much when this policy is violated?

This does not take into account that on some days, the drivers cannot even meet the boundary. so there are days, as a taxi driver, that they would work 24 hrs and not earn a single cent. how much is the penalty again?

Yesterday, I walked at Glorietta, then SM Makati, around 2pm. Long lines of people looking for a taxi. I think that was a signal. Some people demonize taxi drivers for demanding higher pay (employees have bonuses, employers have set aside funds for the season, taxi drivers are supposed to earn the usual months). So many taxi drivers avoid areas where there are plenty of spies and "reporters" to LTFRB. Do the passengers win or benefit from this situation? I doubt it. If I were the passenger standing for 20 minutes or more carrying grocery bags waiting for a taxi, I better pay higher so long as I don't stand and wait too long.

Airlines can adjust their fares depending on expected volume of passengers. Thus on rainy/typhoon season, they beg for passengers by charging low fares. On holidays, they charge high. Hotels and resorts do the same. Also boats for hire and horses in tourist areas. Differential pricing is beautiful, it is just and fair for all. This holiday season, even ordinary employees who normally skip or snub taxis take the taxi, they have bonuses, they have to attend many parties and reunions in nice dresses and carrying gifts. Or people hop from one party to another on the same day or night and they avoid driving due to heavy traffic, they have to rely on taxi. Taxi drivers should be allowed to earn high this season.

The economics of ordinary supply and demand for taxi is correct. Government fare regulation is wrong. Either the LTFRB should be abolished, or that agency must deregulate fares. For taxi, jeeps, buses.
----------