Charu Chadha of Media 9 in Kathmandu, publisher of Business 360 monthly magazine of which I am one of their columnists, sent me today our group photo. From left: Casey Lartigue of Freedom Factory Ltd. (Seoul, S. Korea), Charu, me, Cong Minh Nguyen (doimoi.org, Hanoi, Vietnam). Casey represented Dr. Chung-ho Kim, President of Freedom Factory, who was with us in the small  group roundtable discussion on "The Constitution of Liberty in Asia" held in Phuket, Thailand, October 2005. 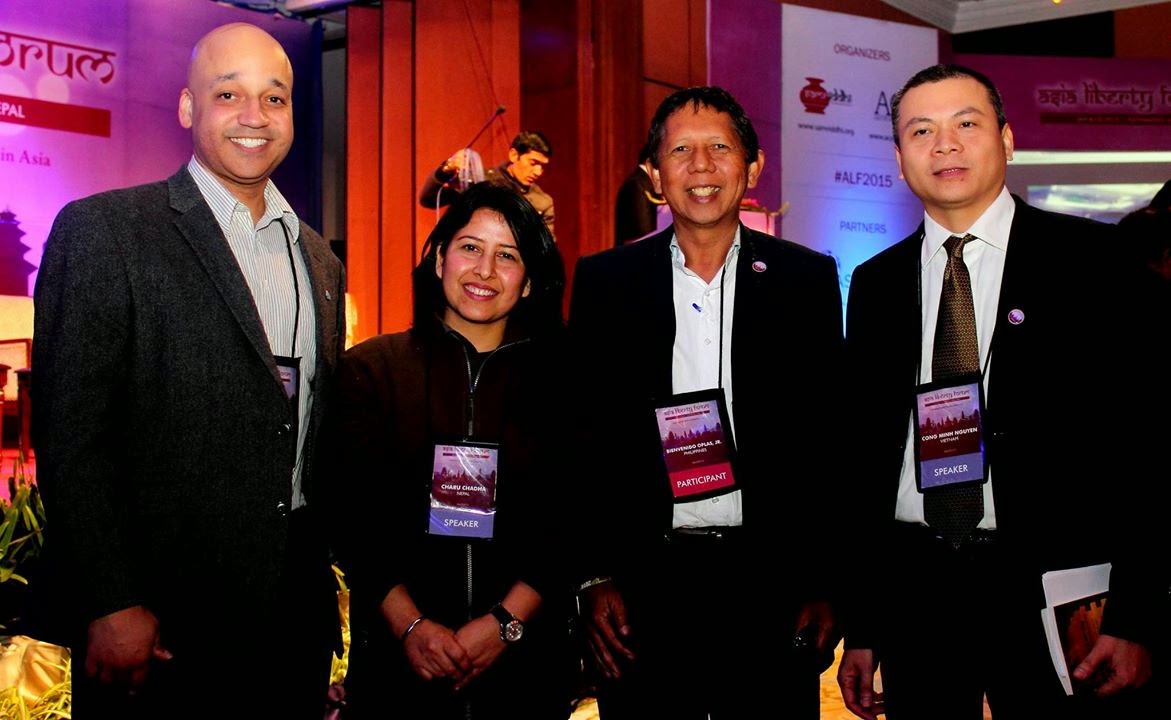 Marc Abela, center, also posed with me and Minh, he represented Mr. You and Yoshida Hiroshi of the Japanese for Tax Reforms (JTR) and Institute for Free Economy (IFE), respectively. Mr. You and Hiroshi were also with us in Phuket in 2005. 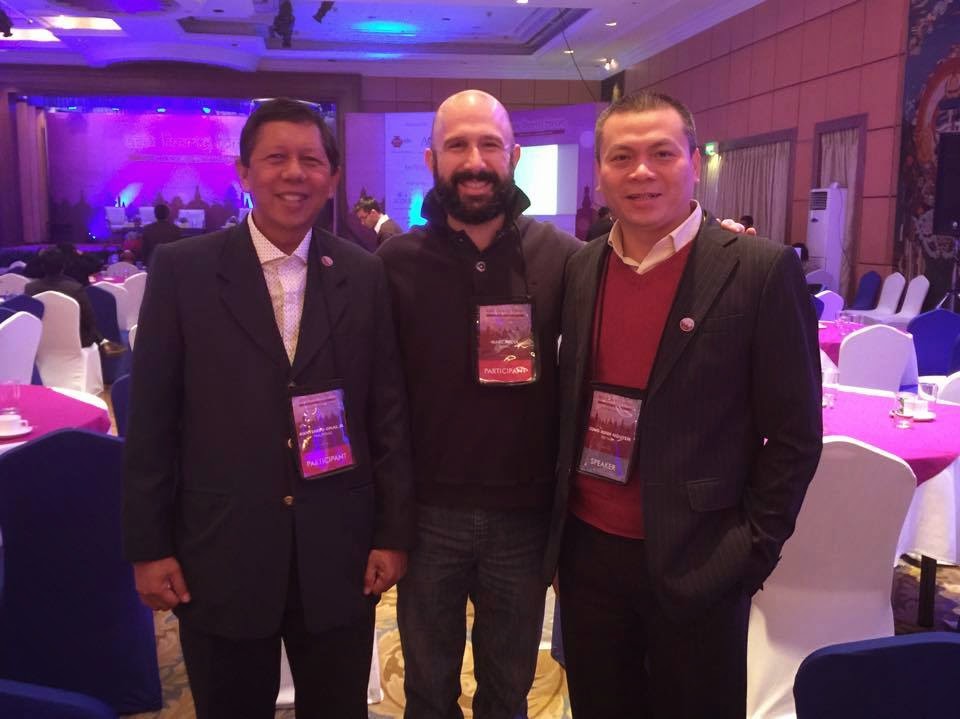 Another photo with Minh and Charu. Haaaaa, we were relieving the past. :-) 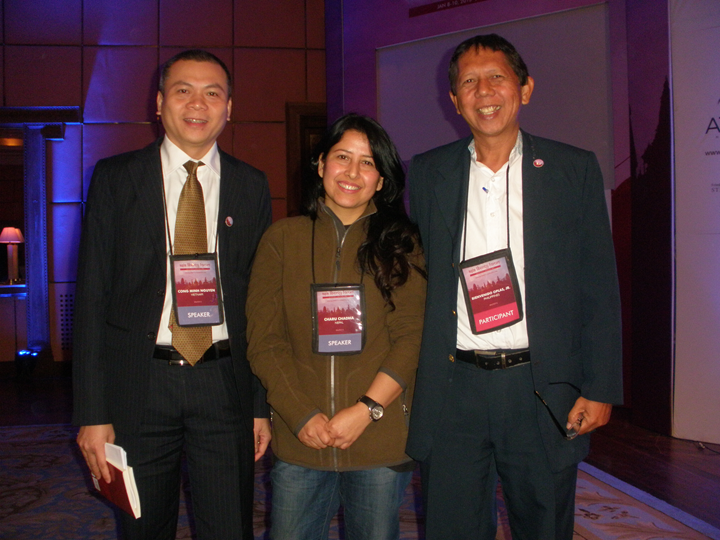 Ok, here's one of our group photos in Phuket in 2005. This was during the Economic Freedom  Network (EFN) Asia conference, a day after our roundtable discussion. From left: Simon Lee (Lion Rock Institute, Hong Kong), Mr. ____ (Association for Liberal Thinking, Turkey), Chung-ho Kim (then with Center for Free Enterprise, Seoul), Colleen Dyble (Atlas, USA), Mr. You (JTR, Japan), Charu, me, and Yoshida Hiroshi (IPSA, IFE, Japan). 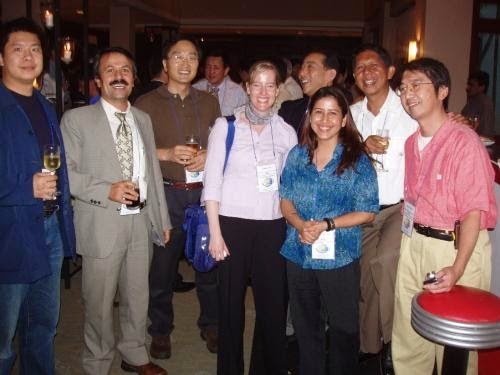 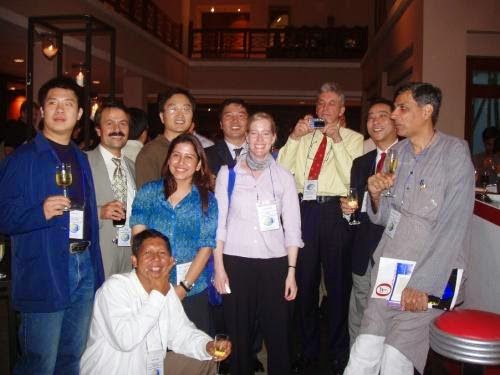 More photos during the 3rd ALF. From left: Peter Wong (LRI, Hong  Kong),  Jadranco Brkic (Bosnia), Randy Hencken (Seasteading.org), me. Randy discussed the concept of seasteading, people who want small and limited government wanting to create their own country on the sea, outside the political jurisdiction of any existing country although within the EEZ. It's a bright and revolutionary idea. 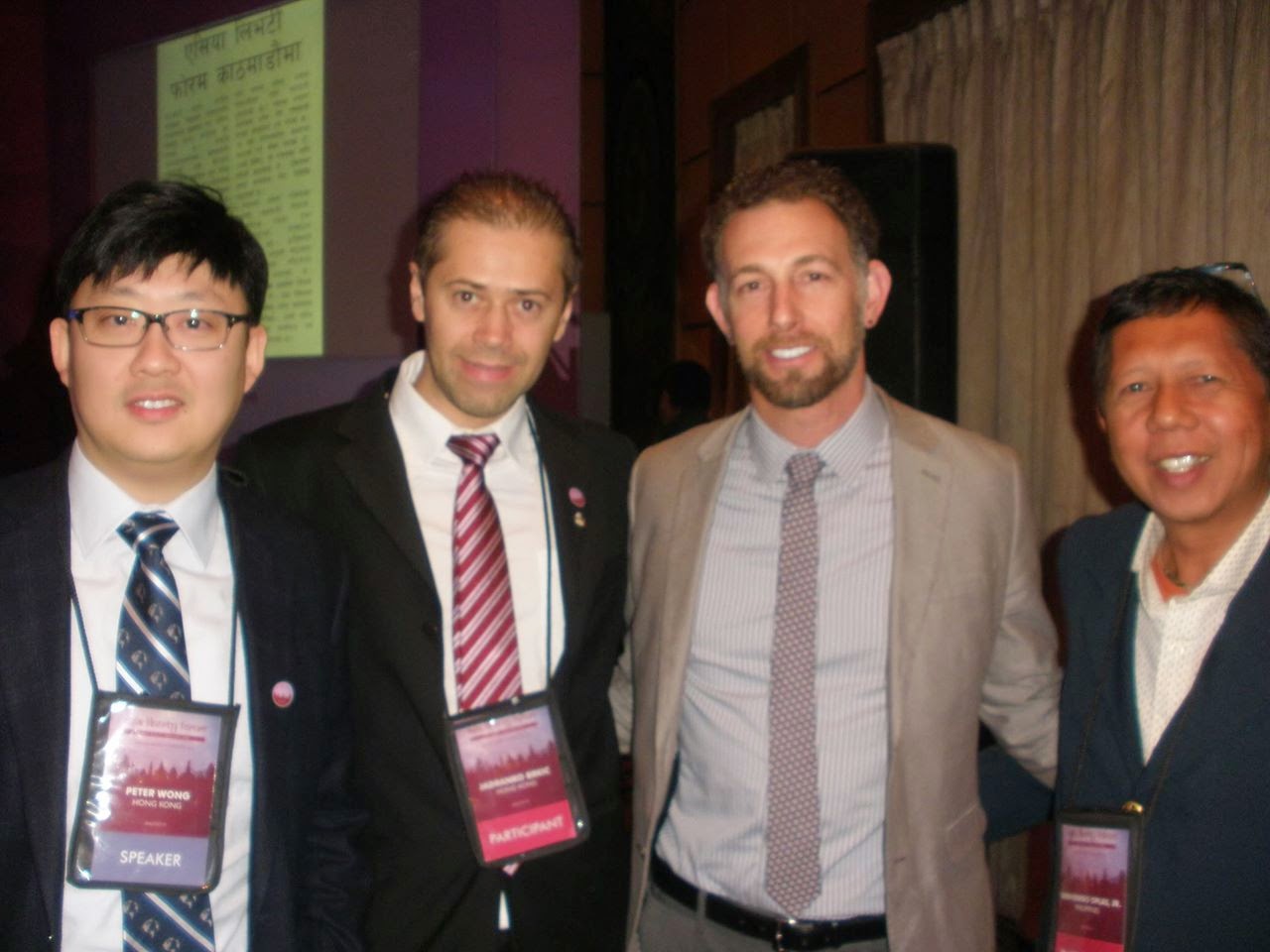 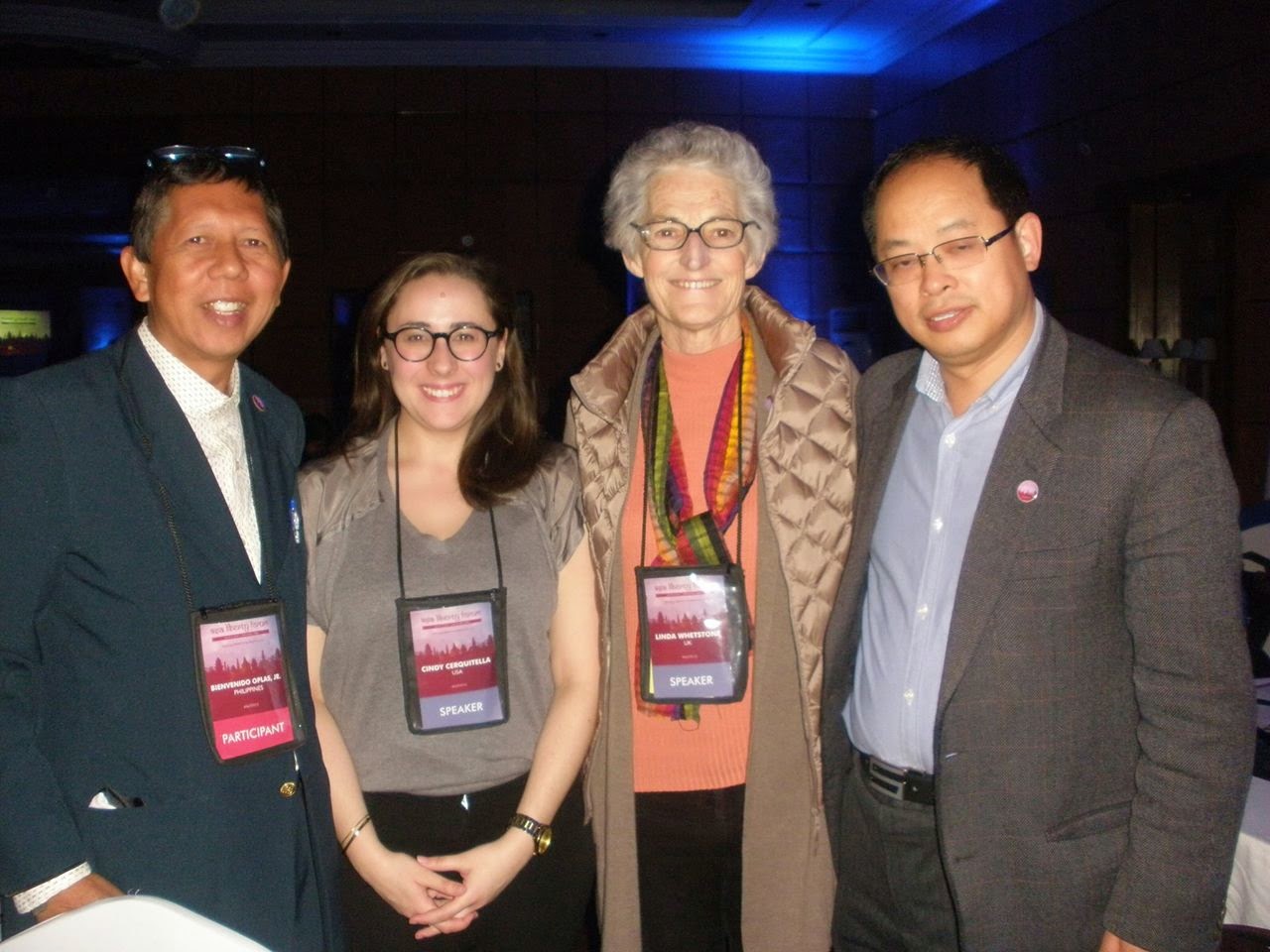 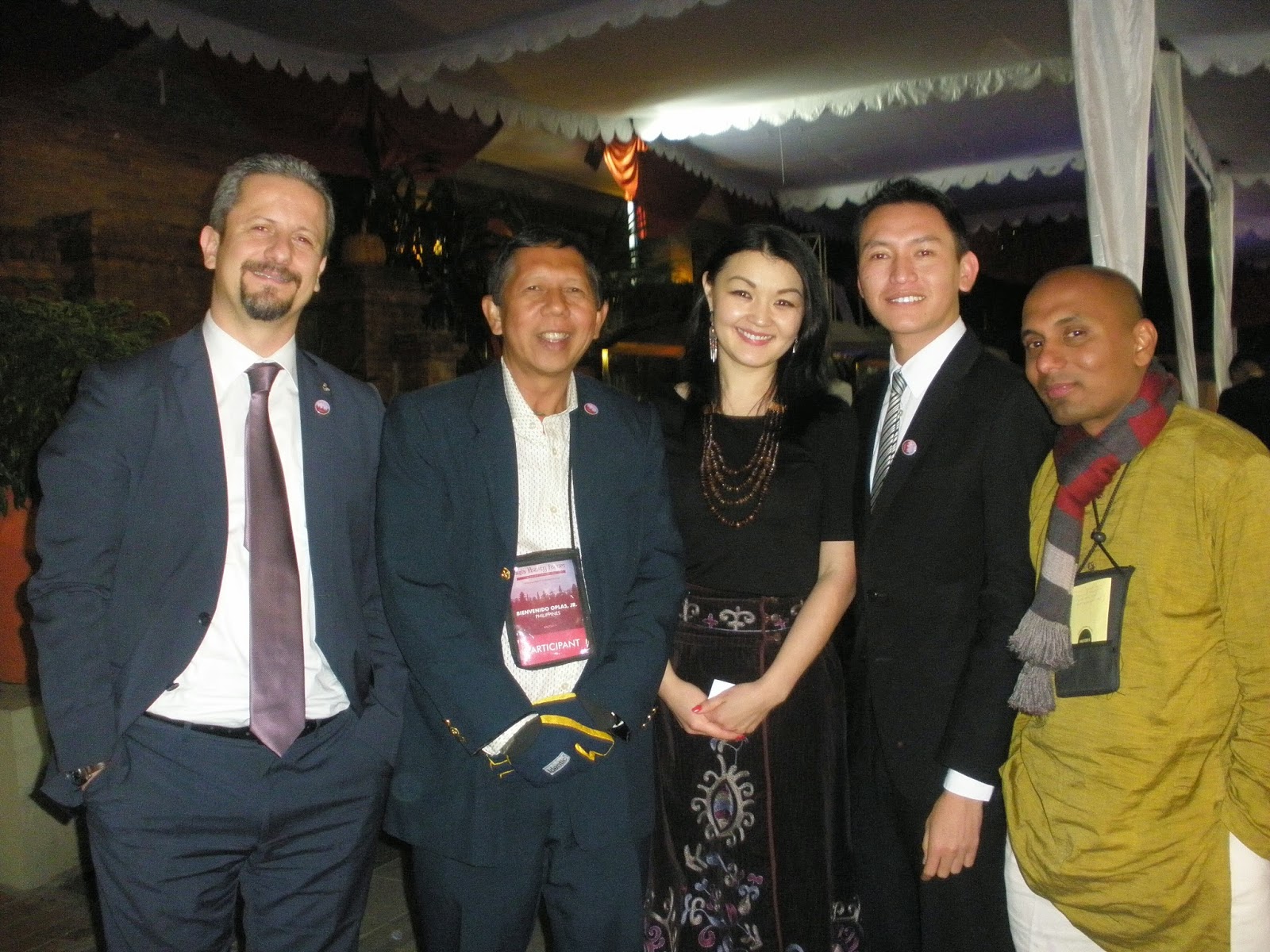 The Executive Director of Samriddhi Prosperity Foundation, Robin Sitoula. Robin is a friend since about 7-8 years ago. Samriddhi  is the local host that co-sponsored with the Asia Center for Enterprise (ACE) in holding  the 3rd ALF. Great job, fantastic conference, Robin and Samriddhi guys. Congratulations once again. 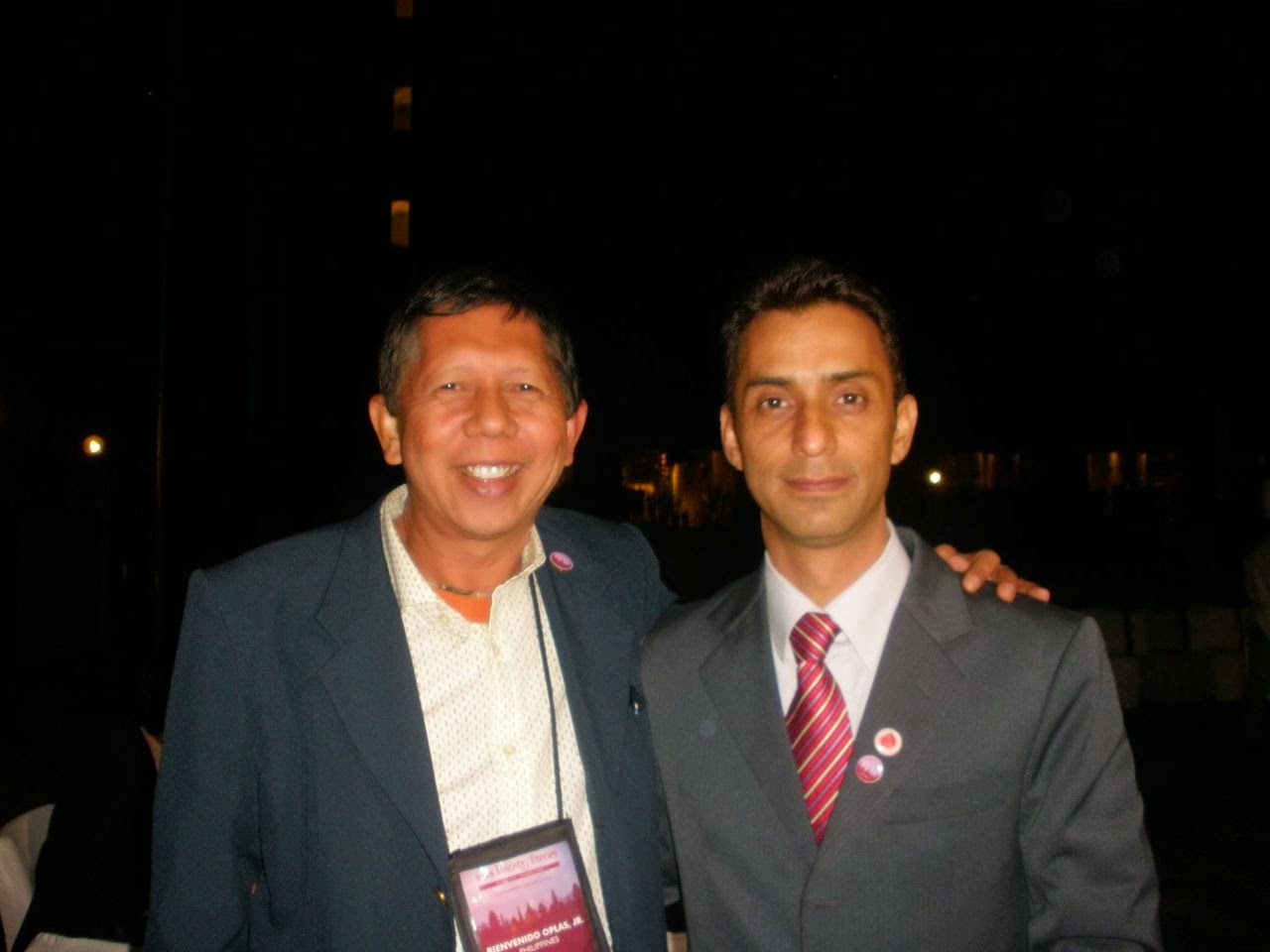 On the 2nd night  of the conference, after the speeches and before dinner, there was a short song number, it was lively, I pushed Arpita Nepal (lady in white dress on the left), wife of Robin and Director for Research of Samriddhi, to a snake dance. Many participants followed and formed a long snake dance :-)  Man holding the microphone  was the  one  who  sang the  lively song. 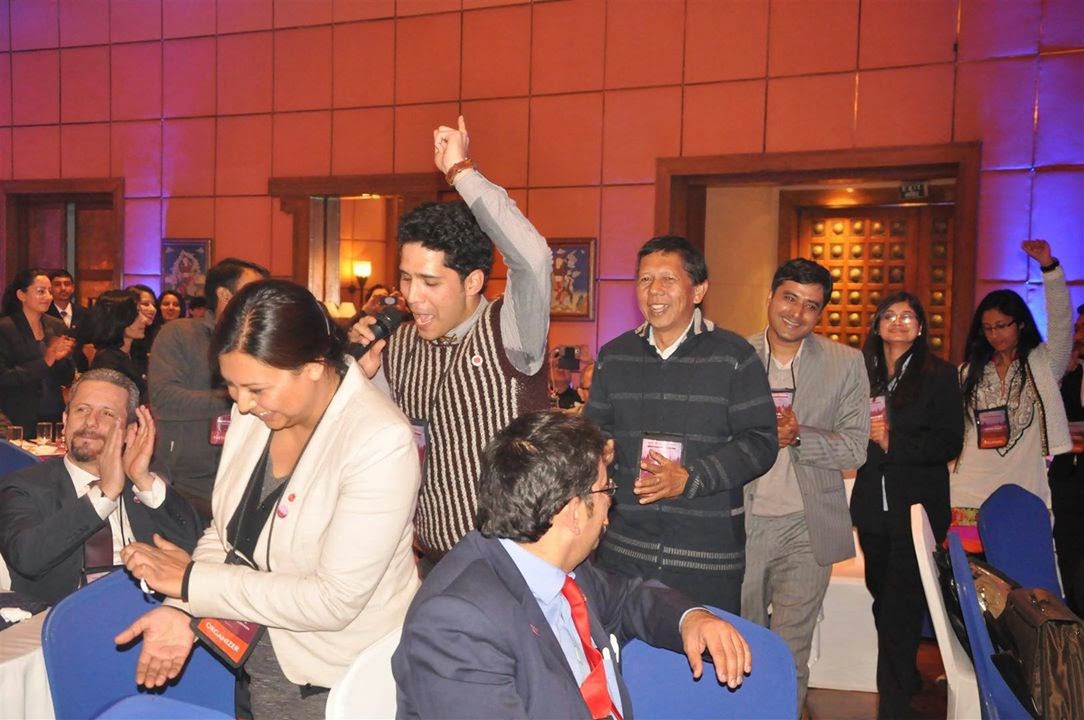 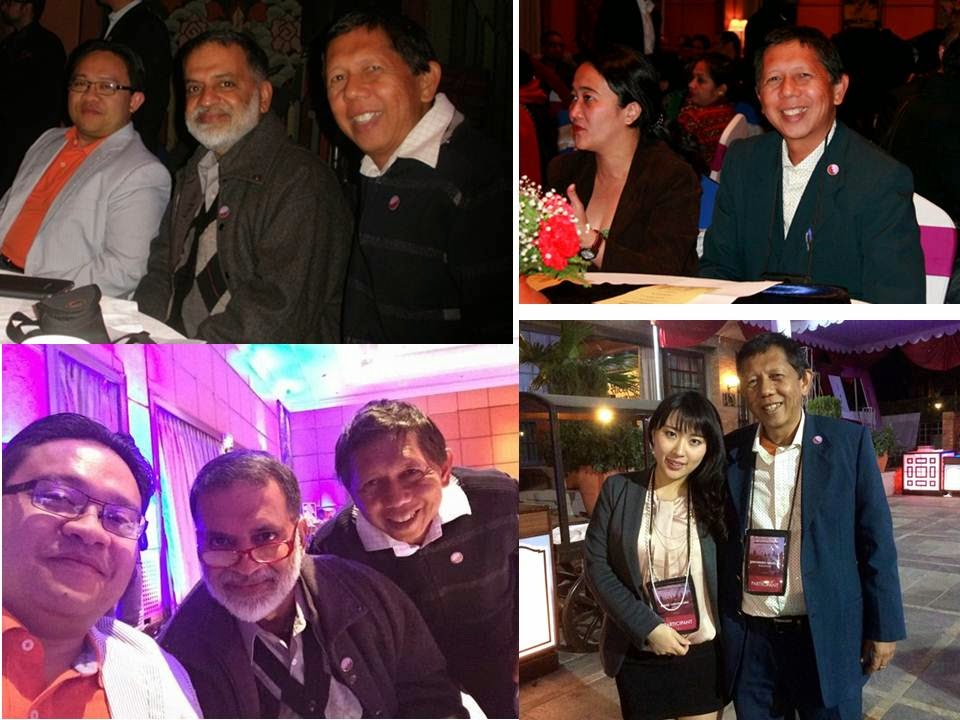 Many thanks again, ACE and Samriddhi, for that wonderful conference.