Transport Econ 14: On the MRT and LRT Fare Hike

rain fare subsidy is wrong, in theory and practice.

2. Government taxes and bureaucratizes buses that also transport so many passengers while it subsidizes its own train service. Double talk.

3. Government and activists say Metro Manila should be decongested then it gives many subsidies to residents and commuters of MM that effectively encourages people to flock to the metropolis. Double talk.

My undergrad organization at UPSE, the UP ETC made this poster to elicit discussions in their fb page. 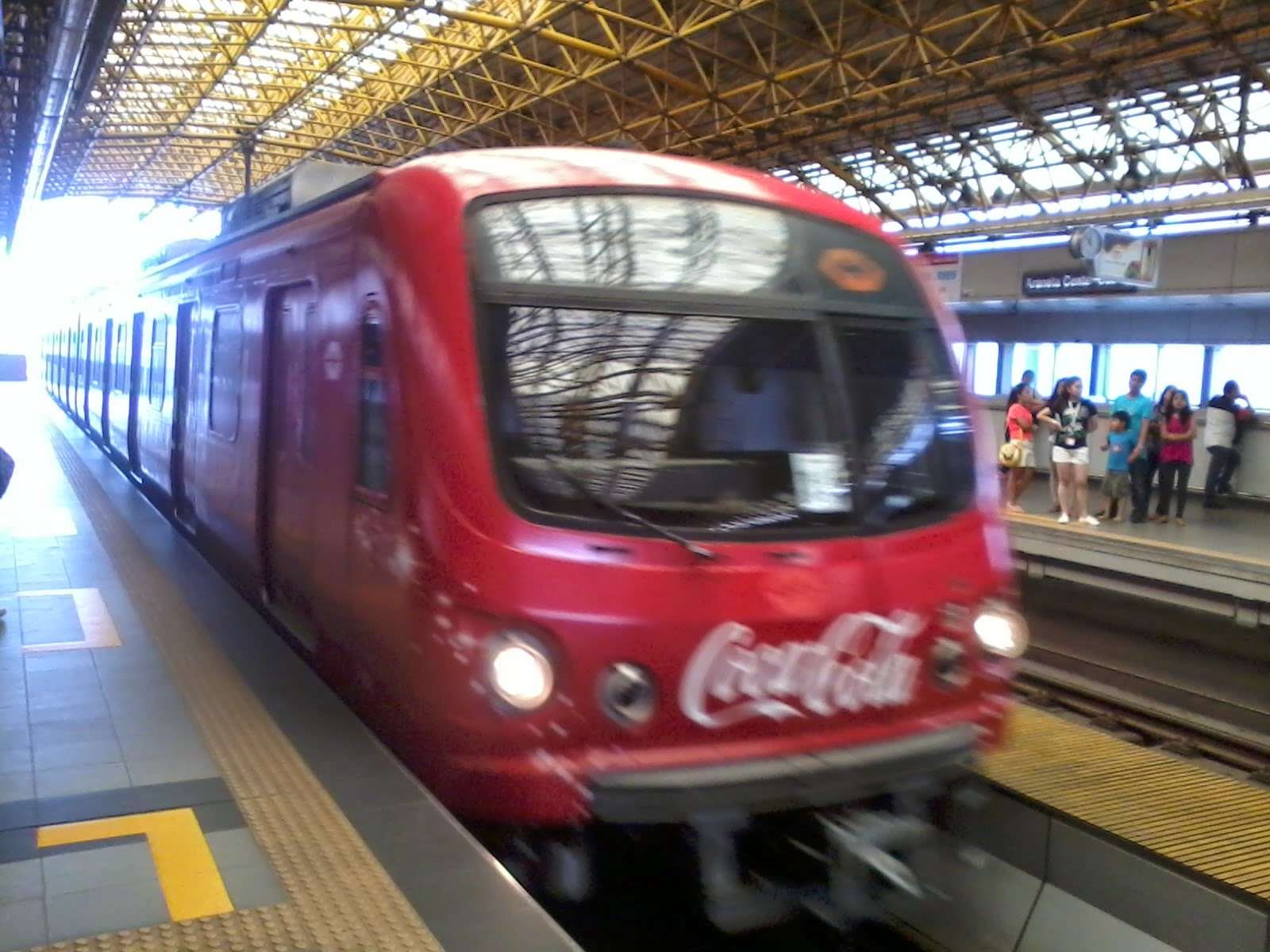 The claim that if train fare subsidy is totally removed, MRT fares will rise to P60 or so is wrong, a bluff. MRT/LRT operators earn a lot from ads -- the whole trains, inside the trains, the train stations, the train posts, etc. -- are all earning revenues for them. This photo I took last December, LRT Divisoria-Santolan route. 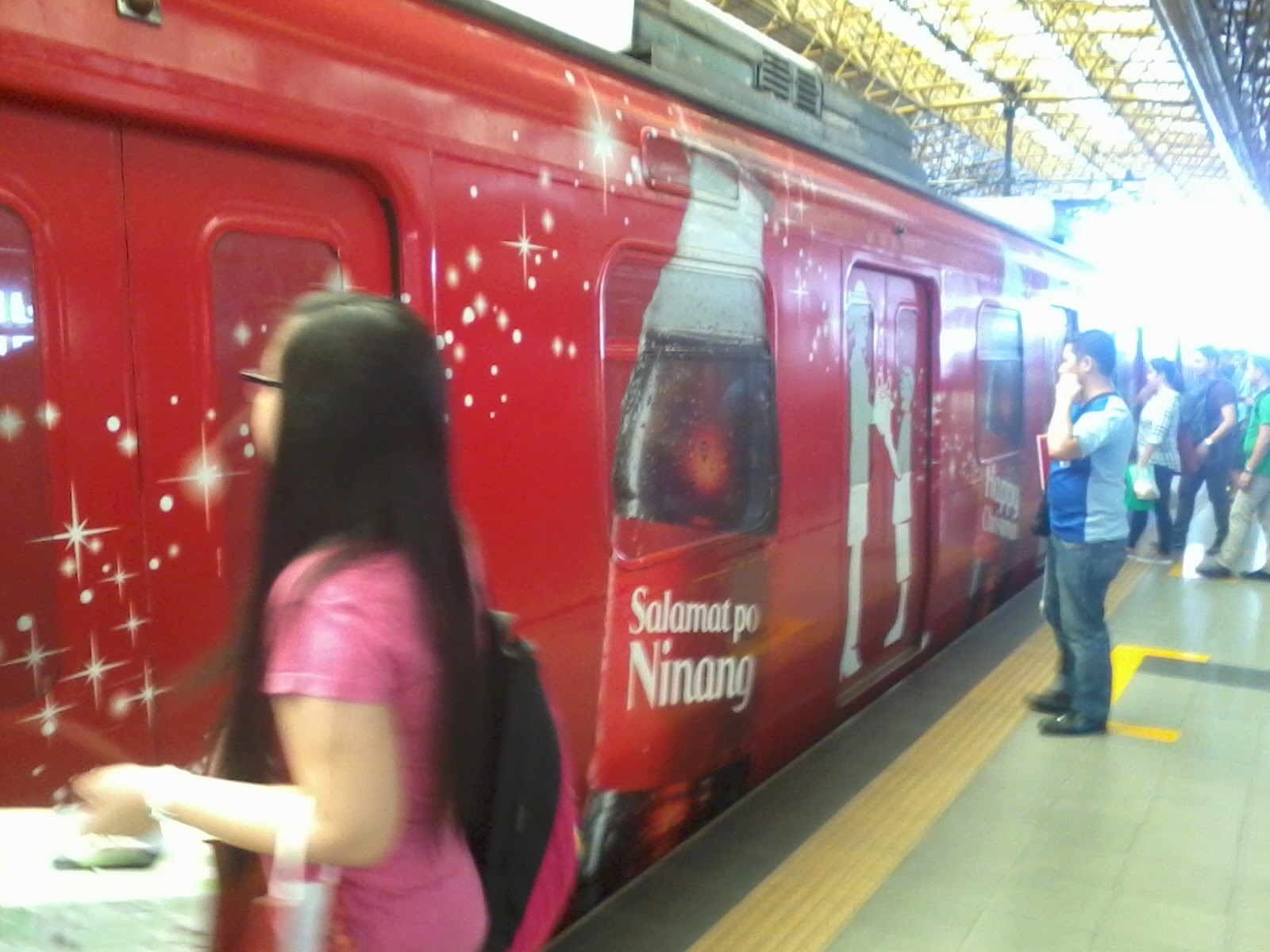 Ads will only come if there is big volume of passengers who can see the ads. Thus, train operators cannot raise the fare too high that will discourage many passengers and hence, discourage the ads.

A zero subsidy to MRT/LRT is possible.

Cong. Colmenares is 5% correct and 95% wrong. He is correct to say that selective subsidy is being done in selective regions or areas in the country but he is wrong to justify such selective favoritism. The train fare subsidy contradicts what many activists are advocating to "spread out" economic activities outside of M.Manila. How can you spread it out effectively when most subsidies are poured on residents of M. Manila? Like this fare subsidy, zero is given to commuters in other regions but P12 billion annualy in MM. See also Manila City, it has the most number of govt hospitals per thousand residents or per sq.m. of land: 3 DOH hospitals + 1 UP-PGH + 6 city-owned hospitals.

A report from Philippine Star yesterday: 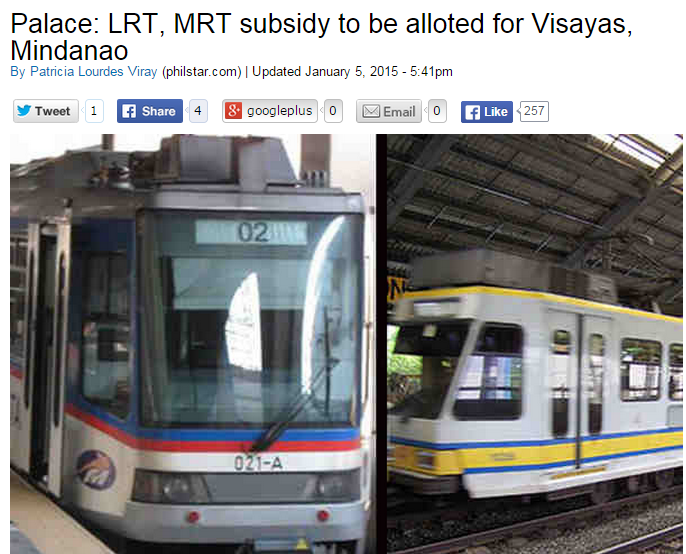 From P12 billion, we're lessening the subsidy to 10 billion (pesos)," Lacierda said, adding that the government has to allocate resources away from Metro Manila.

Lacierda said that the P2 billion that will be saved from the train systems will be allocated for projects in Visayas and Mindanao.

"We did not take away the subsidy, the subsidy is still there," Lacierda reiterated.

P10 billion of annual subsidy is still big. It is possible to bring it down to zero. Many regular train commuters will be angry with this of course, but this measure will mean less crowded, more convenient rides for the passengers, and will reduce the animosity of people outside of Metro Manila towards the government and the metropolis residents. The reduction in public debt and reduction in annual interest payment is another positive result  of removing  the  subsidy as the government borrows yearly some P300 B to finance the annual budget deficit.
---------------