Leftist Opportunism During the Pope Motorcade

This morning, Pope Francis will leave the Philippines and go back to the Vatican. He arrived four nights ago, January 15, from Sri Lanka. The visit at UST yesterday in the morning  and the last mass at Luneta in the afternoon drew several millions of people.

Yesterday too, some leftist groups in the Philippines played epal, unfurled streamers calling for social justice, social debt, socialism. What a bunch of lousy minds. 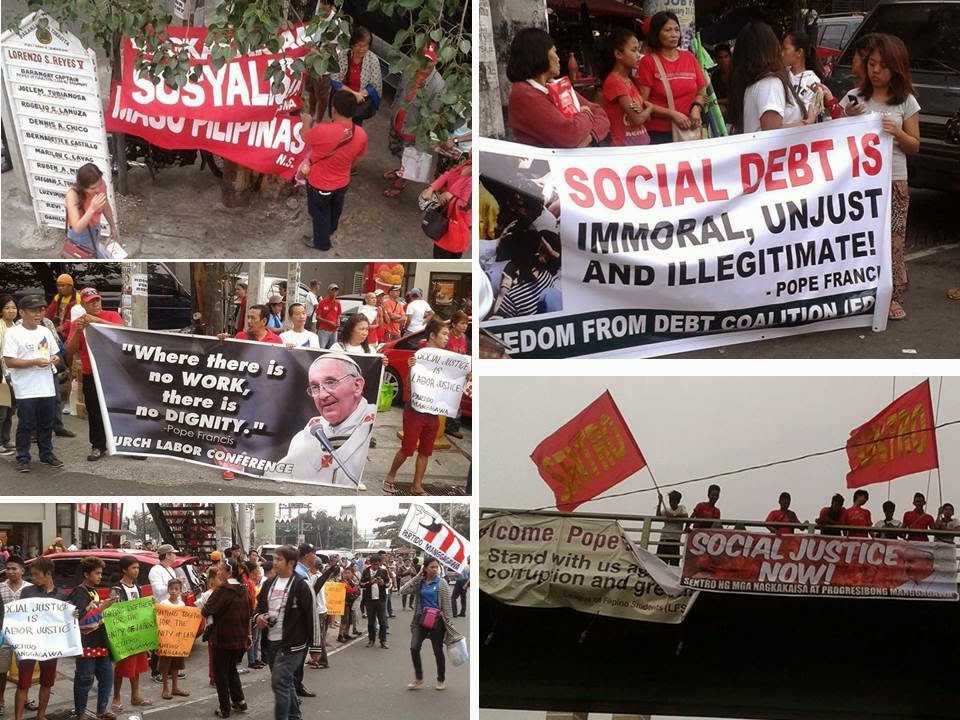 If it was Senator X or Congressman Y or Governor or Mayor Z, or other party list groups unfurling   streamers and placards showing their faces and names during the Pope motorcade, the public and the left will criticize them. But if it's the left like Partido Manggagawa (PM) party list and the Freedom from Debt Coalition (FDC), it is fine?

Another display of double talk and hypocrisy. They cannot distinguish what is strictly secular and religious activity from any political activity.

Photos I got from Arcy Garcia, a friend since the late 80s when I was still a socialist. Arcy remains a socialist and admitted that he was part  of this group who unfurled this cheap opportunist stunt. They should get anti-votes now for the 2016 elections.

Arcy's album title for the street demonstration was

"Matatapang"/brave, against whom? Against the people who wish zero politics, just see the Pope on the road?

Meanwhile, two photos of the huge crowd yesterday at the Luneta mass. 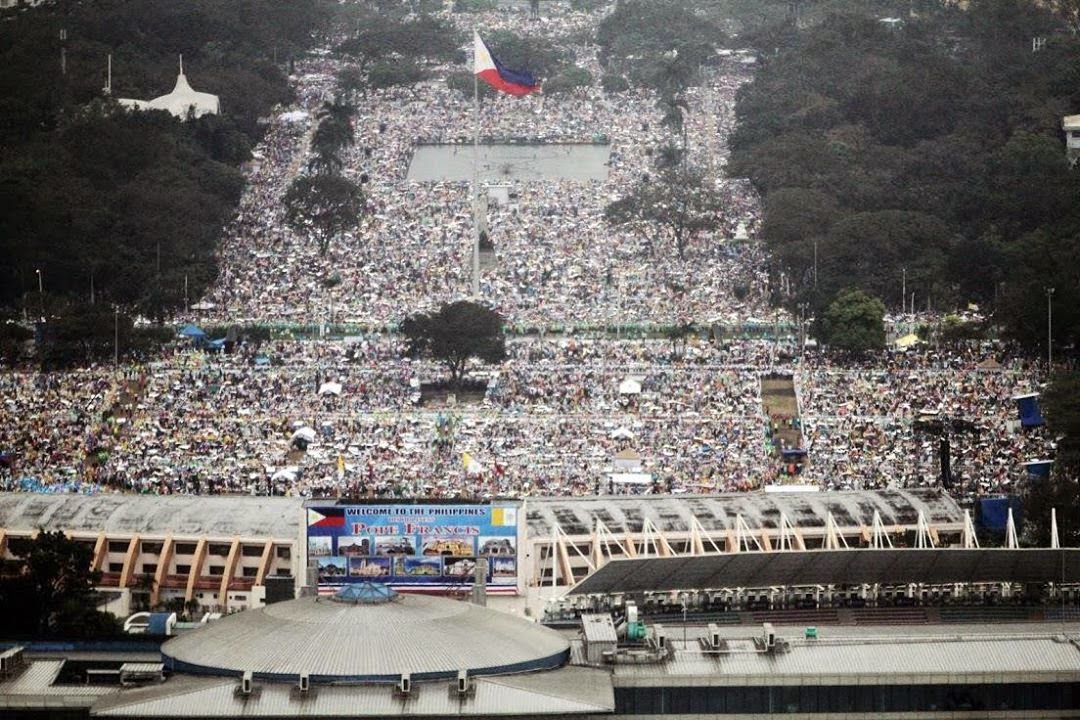 Government estimates put the crowd at six million including those spilling over at surrounding roads and streets. 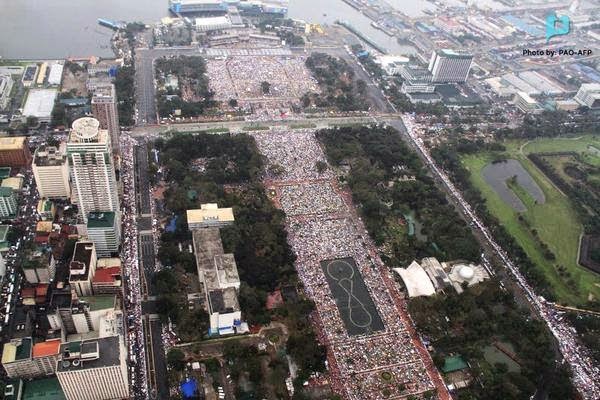 This Pope visit and the warm welcome by Filipinos to him is truly phenomenal. The Pope displayed humility a number of times in his speeches. Some of my non-religious friends admitted that they themselves were swept by his simpleness.

I think Pope Francis can greatly help bridge the divide among Christians, Protestants, Muslims, Buddhists, Hindus, and so on. Tolerance and respect of our diversity, that is the single most important character that the people of our planet should embrace to have world peace. His role is more significant then than efforts and wars by many governments in enforcing tolerance and respect among people partly or wholly driven by religious differences.
----------