Last Wednesday night, I was a guest lecturer at a friend's graduate class in Ateneo on public finance. I presented 3 unrelated topics but all related to public finance. The first is about the reason for existence of government, why government was invented and what are the scope and functions of government, based on one's political belief. The second paper was about climate money and the corrupted science behind it, and third was about public and private healthcare spending. 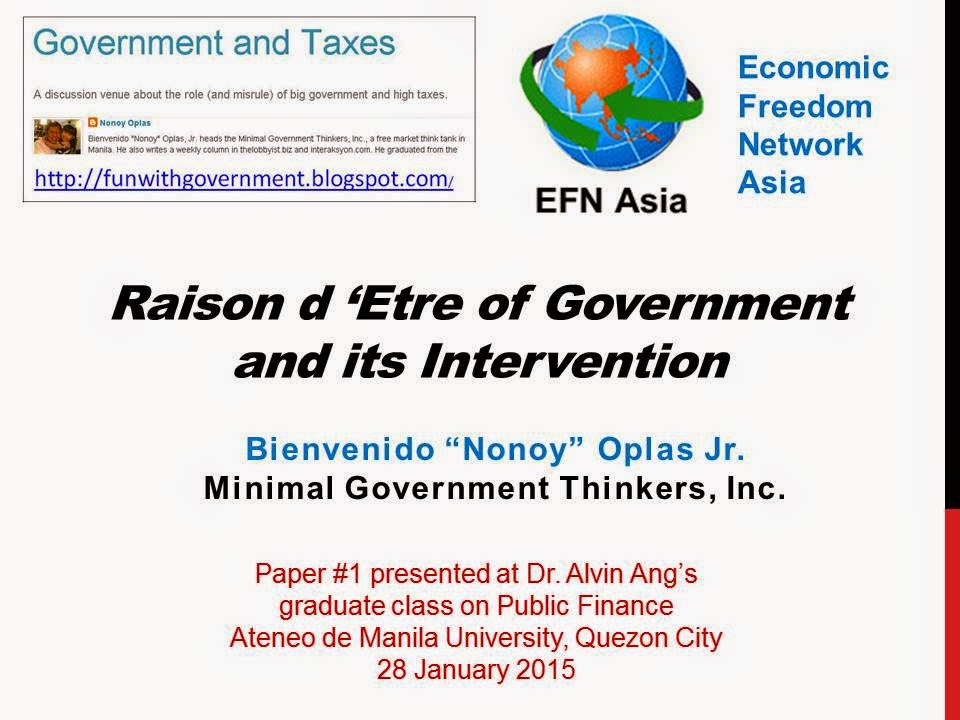 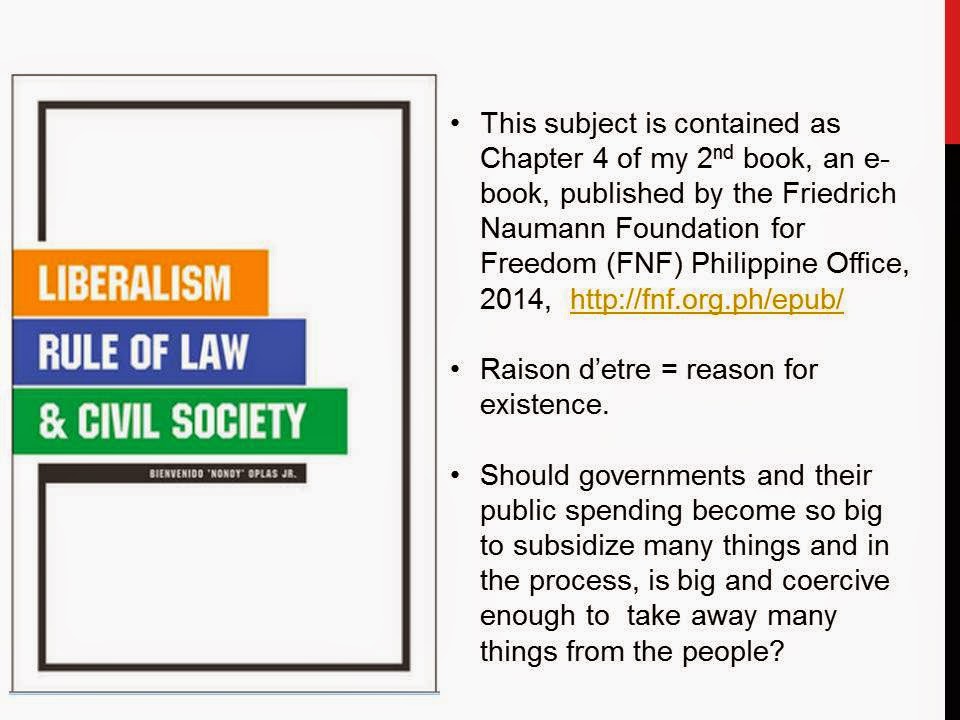 About 13 or 14 students came, fine. Alvin was out of the country that day. 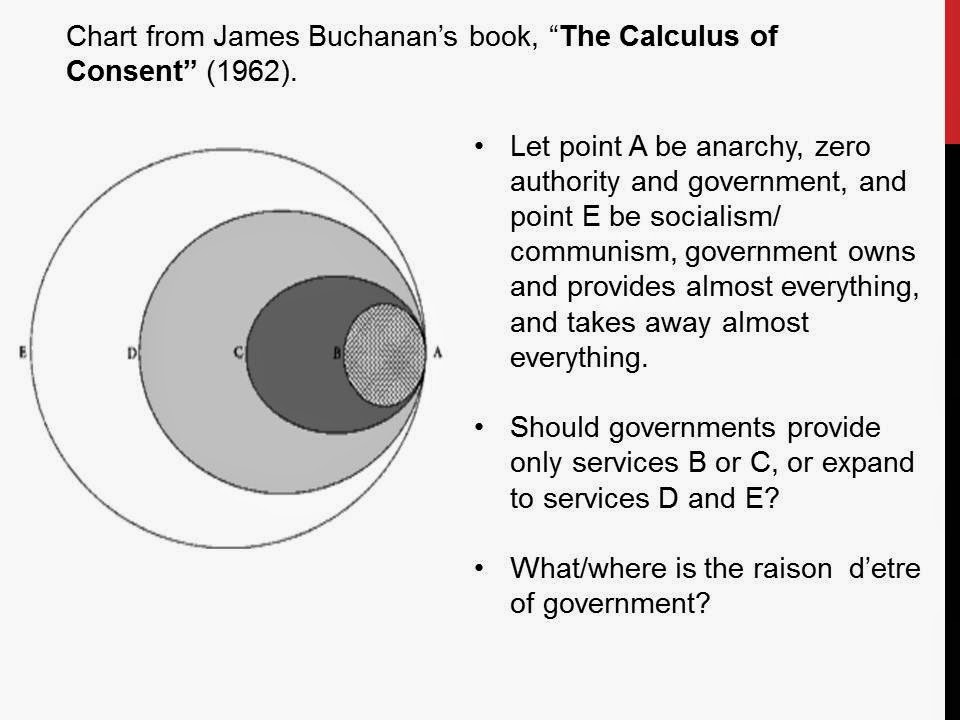 If A and E are the extremes, zero and all-government, then where should be the level of involvement of a sensible government? 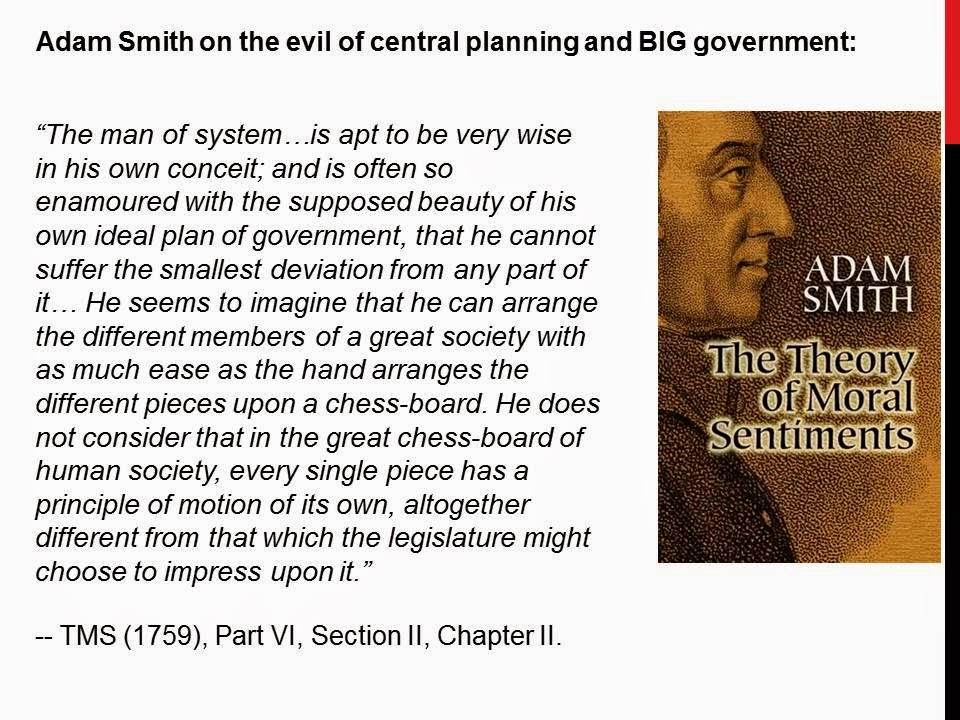 Adam Smith in his earlier book already cautioned people of not allowing their governments to go to point D or E. 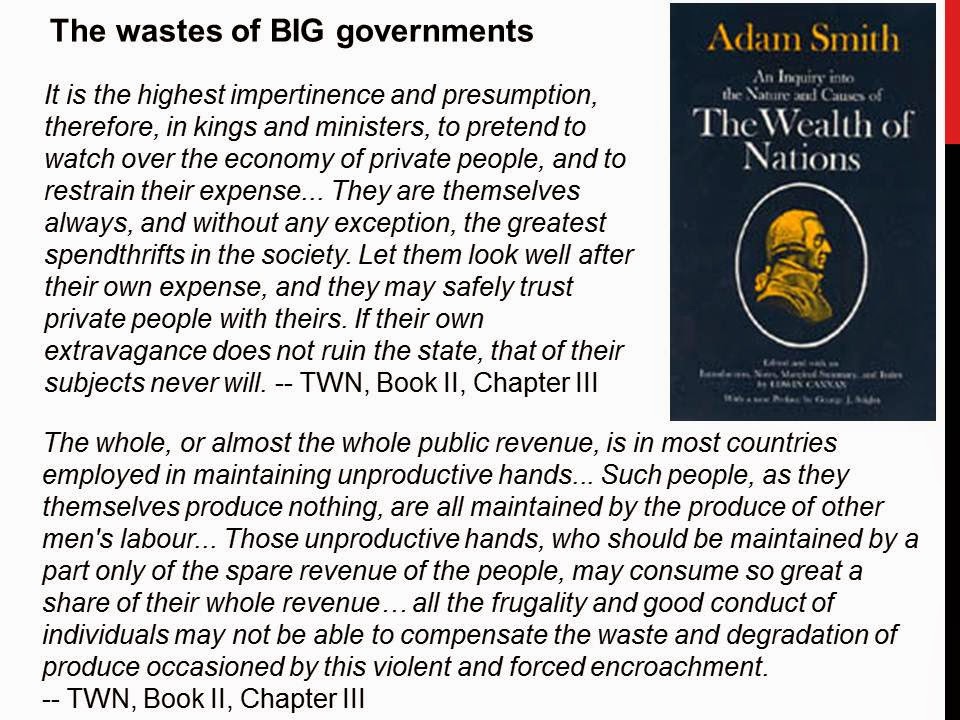 And in his second, more popular book, he reiterated that position.


“Every individual...generally, indeed, neither intends to promote the public interest, nor knows how much he is promoting it…. he intends only his own gain, and he is in this, as in many other cases, led by an invisible hand to promote an end which was no part of his intention.”


The father of "Austrian economics", Mises, elaborated the value of a free market economy. The customer is "king" even if there are no politics involved. 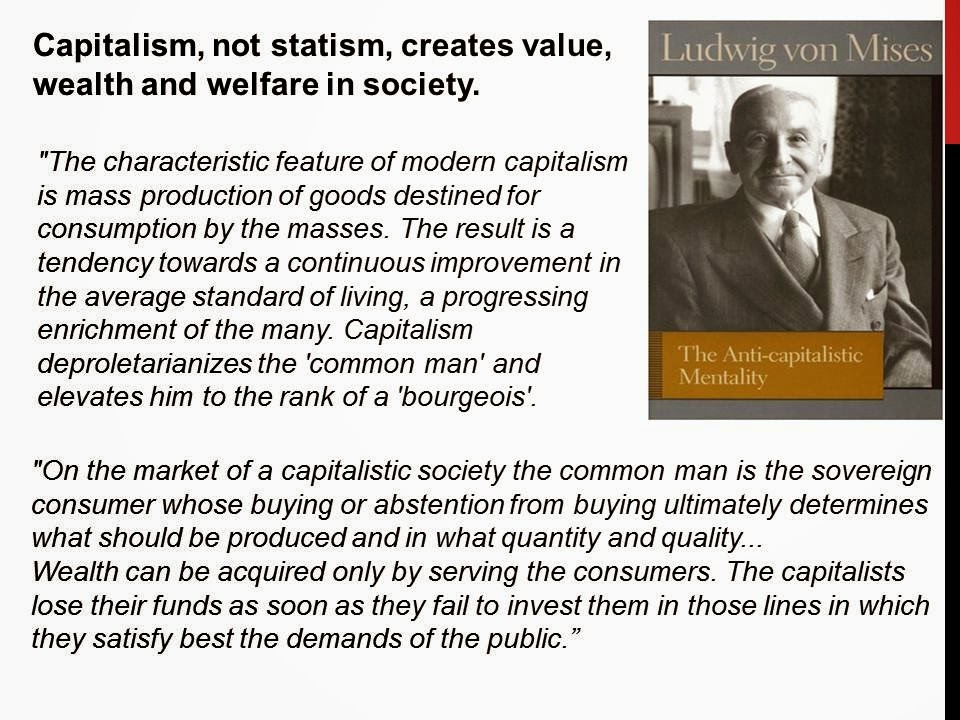 Also among the classical thinkers of "why was government invented", these three philosophers stood out. 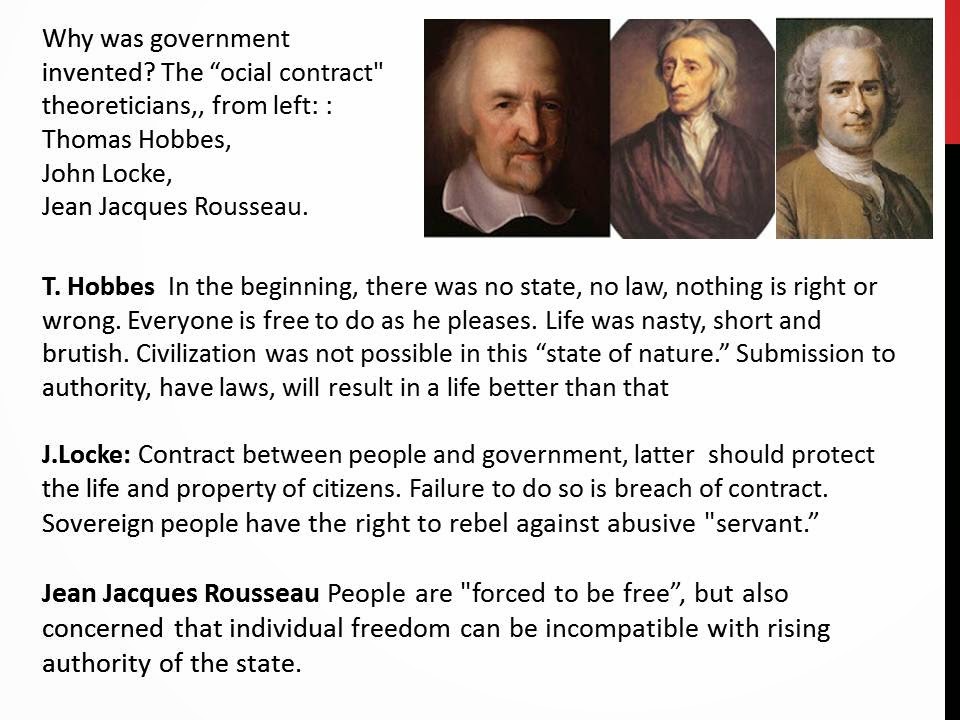 Uhh ohh, Plato himself has cautioned against the danger of (big) government and its governors/administrators/rulers. 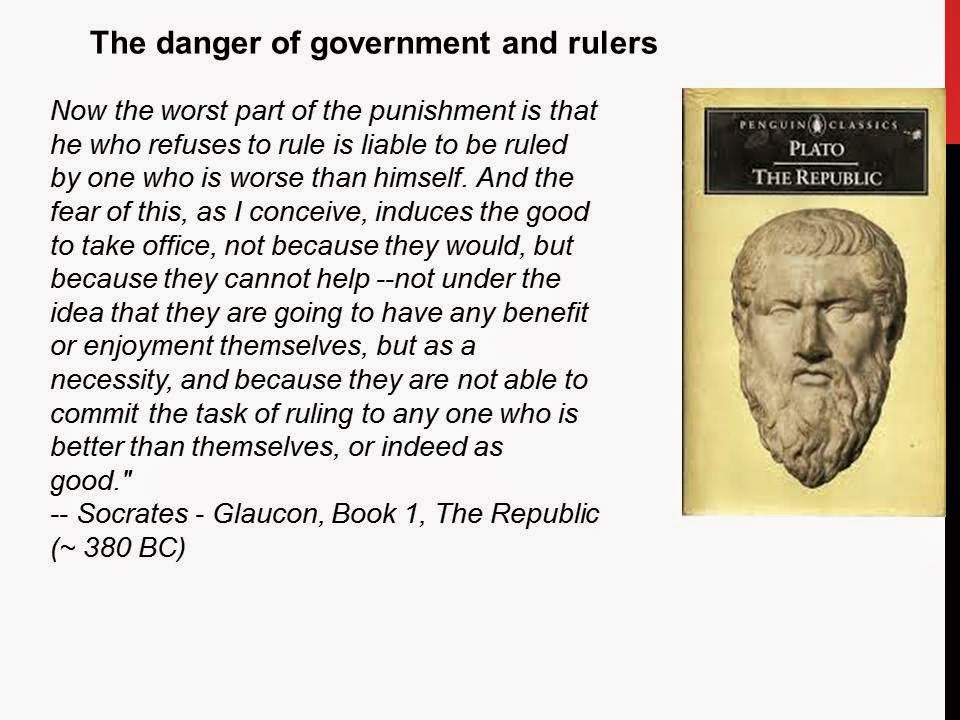 After WWII, Britain went almost socialist. Meaning almost everything is socialized, including people's pockets and bank savings. Reagan in the US and Thatcher in UK, the pair re-introduced classical liberal philosophy in their governments. 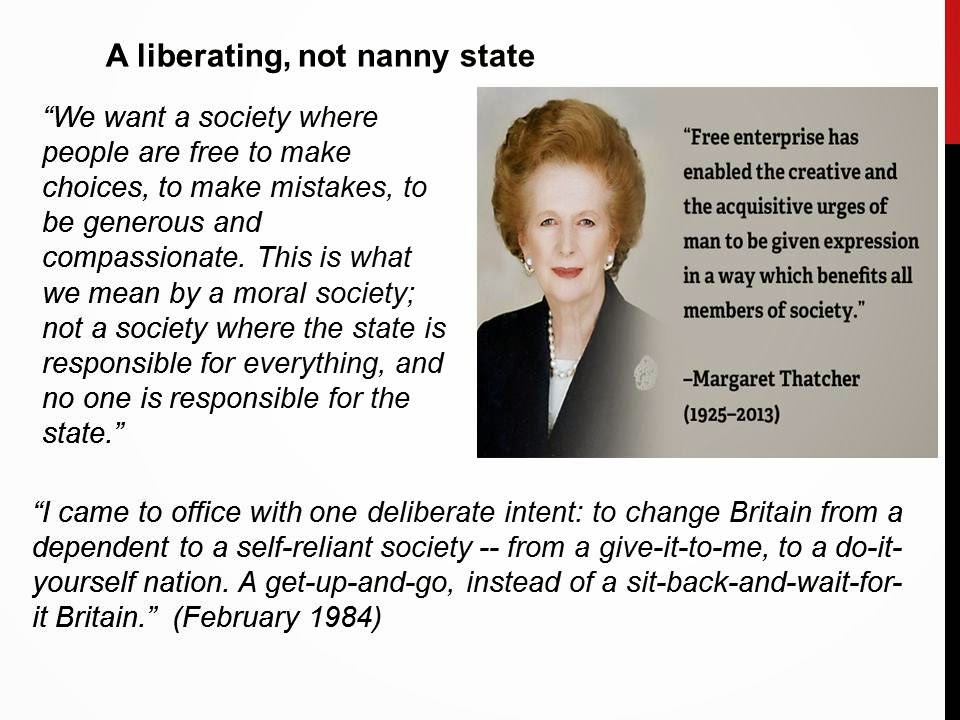 Populism and socialism are deceptive. They promise heaven on earth for the people, especially the poor and/or gullible. Now almost anywhere in the planet, the main complaint of the people are their respective governments. Lots of coercion and prohibitions (yes, things are prohibited unless people get the permits and signatures of regulators first). 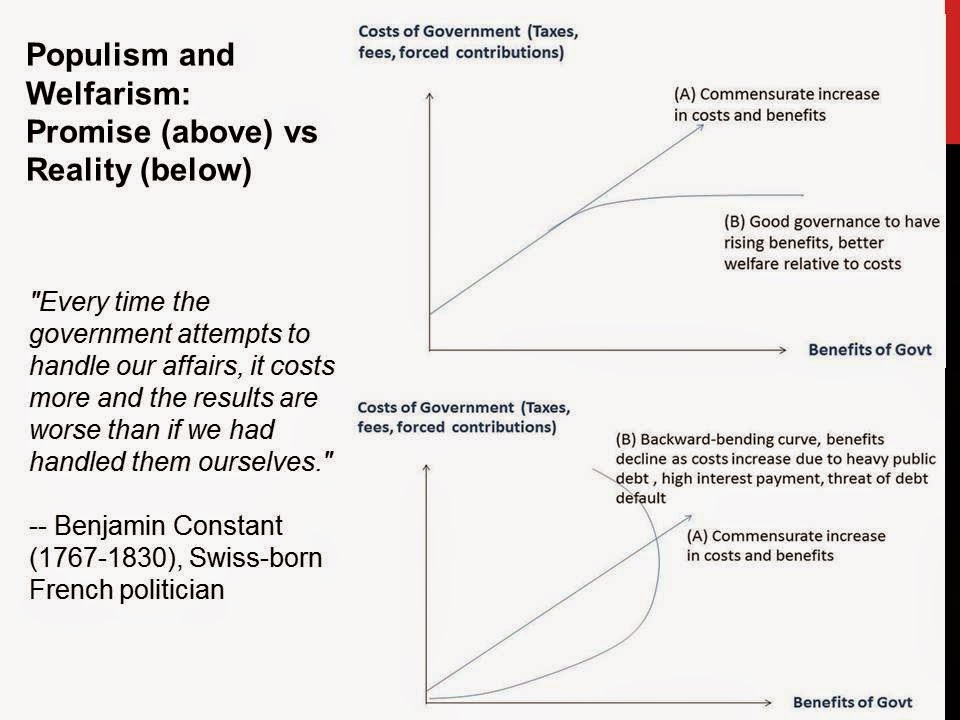 There is a need to shrink government. Local, national, multilateral agencies. They have been expanding like amoeba and are devouring lots of resources from the private sector like amoeba.

Government is not reason; it is not eloquent; it is force. Like fire, it is a dangerous servant and a fearful master. – George Washington

The more numerous the laws, the more corrupt the society. - Tacitus