IPR and innovation 40, WHO health alarmism and IPR tinkering

Seven years ago, I briefly surveyed the various offices under the UN and I was surprised to see about 100+ different agencies. See UN bureaucracies -- too many! (December 20, 2010).

Among the huge and wide UN offices and bureaucracies is the World Health Organization (WHO). On its website, Media Center, News Releases 2017, these stories seem like we are still in the 90s or even the 80s, or the 70s -- there are many scary and alarmist stories in public health around the world until now. 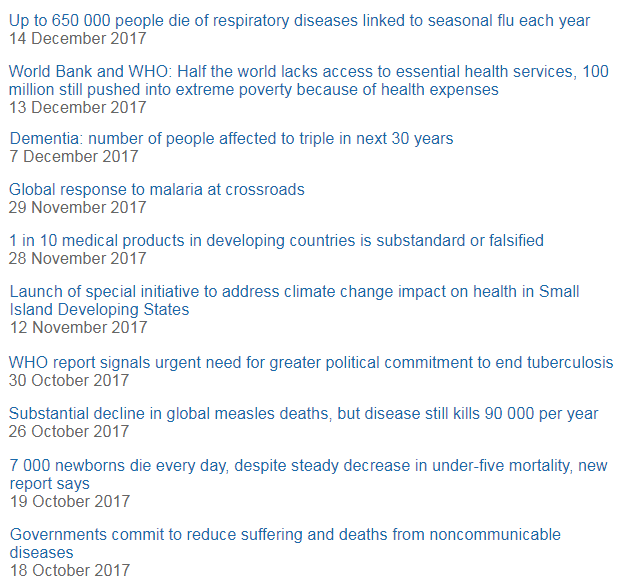 It is already 2018 -- when illiteracy is already zero in many developing countries, when smoke signal and animal whistles are no longer used to communicate as hundreds of millions of poor people in developing and emerging countries now use smart phones with access to emails, facebook, twitter, youtube and other social media.

And the WHO and WB still declare that "half the world lack access to essential health services"? That measles "still kills 90,000 per year"?

Going back a few decades ago, the WHO was known for various health alarmism worldwide. Like the HIV/AIDS alarmism in the 80s to 90s and more recently, about NCDs (non-communicable diseases) alarmism.

Then the usual fare of the WHO -- blame directly or indirectly IPR and drug patents by innovator pharma and biotech R&D. Also blame free trade and FTAs for expensive medicines.

And I was surprised to see this. 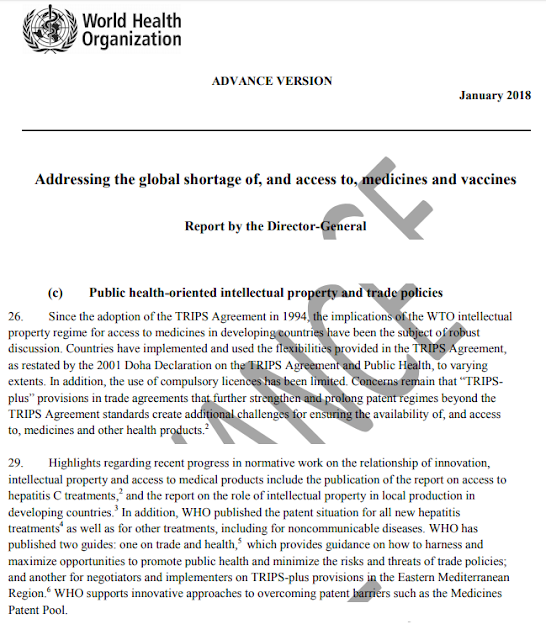 "Global shortage of medicines and vaccines", wow. Since about 95-99% of WHO's essential medicines list (EML) are already off-patent, what stops the WHO and member-governments from mass-producing these drugs, directly or indirectly?

The WHO needs to shrink, both in size of bureaucracy and governments' funding. It has lots of health and economic global central planners that they want to plan-and-control many things and policies, forgetting that it was the private sectors and corporations' risk-taking that gave the world plenty of life-saving medicines since many decades ago.
----------------

Email ThisBlogThis!Share to TwitterShare to FacebookShare to Pinterest
Labels: drug innovation, IPR, WHO