* This is my article in BusinessWorld last January 5.

Repeated calls for federalism by the Duterte administration actually point to more centralization of the national government — the complete opposite of what they’re advocating.

Here are some examples.

1. National taxes have been rising, instead of declining, which could have helped prepare federal states to have their own income and value-added taxes, etc. Instead of lowering the top marginal income tax rate of 32%, it was even raised to 35%. Instead of reducing the VAT to 10% or 8% with few exemptions, the 12% was retained but many sectors were also exempted.

3. Forcing national legislative franchising like buses and taxi, instead of decentralized regional or provincial franchising. Speaker Pantaleon Alvarez and other House leaders are behind the proposal.

Beyond federalism plans contradicted by more centralization of powers and taxation, a long-term alternative would be for the Philippines to split into many new countries and allow these new countries to compete with one another in the field of taxation, governance, infrastructure, trade, and tourism to attract more investors and visitors from around the world. Peace and diplomacy will be retained as fellow ASEAN member-states as well as various multilateral formations and the United Nations. 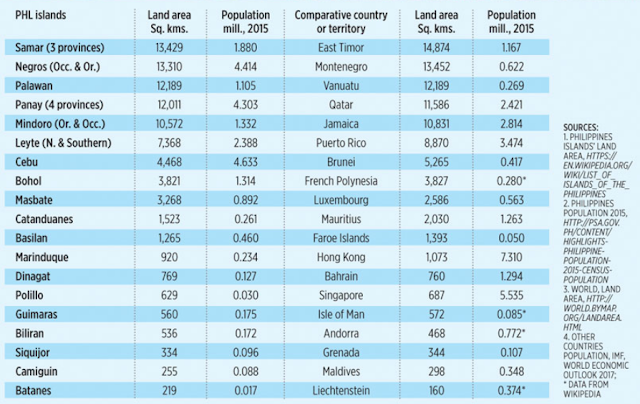 This is a far out view and may not be considered in the current decade but would appear more viable through time. Singapore will not be as dynamic and developed as it is now if it was just one of many states of Malaysia.

Under the current activities of the Duterte administration, there lies a danger that when federalism is finally enacted, local entrepreneurs and job creators will be walloped with both high national and high local taxes, fees, royalties and various mandatory spending. This will be a good formula to encourage more corruption and black market business operation, or get out of the country and do business elsewhere.

For the federalism plan to be more attractive to the people, the national government should learn to step back, to tax less, regulate less, bureaucratize less, build confidence among the people and investors in the provinces that indeed they will be given more leeway, more opportunities to craft their own political and economic identity.
---------------

Would it be OK if I cross-posted this article to Writer Beat? There is no fee; I’m simply trying to add more content divqersity for our community and I liked what you wrote. I’ll be sure to give you complete credit as the author. If "OK" please let me know via email.