Last week was a long holiday in the Philippines due to the All Saints Day then All Souls Day (Nov. 1 and 2). My father and mother have passed away, they were buried in our hometown, Cadiz City, Negros Occidental. Also my older brother and his wife, my sister in law.

Among my friends who have passed away and I deeply grieve, are the couple Bart and Wads Wijnberg. They are very special to me even for short periods that I have met them.

First in 1987, after I attended a Trotskyist school for 3 months in Amsterdam (I was a Marxist socialist in the 80s, from my UP student activism days until I was working and member of BISIG, the first openly socialist organization in the Philippines). When the course ended in mid-December that year, I have to stay extra for nearly two weeks in the Netherlands because my flight back to Manila was January 1 or 2 the next year. Four members of BISIG-Netherlands, all Filipinas married to Dutch men -- Au, Morita, Wads, another -- took turns hosting me for 2-4 days.

Wads and her husband Bart are a riot couple. Very warm, very friendly and welcoming to friends, especially those from the Philippines. Wads is an always-smiling and grinning lady, Bart often jokes and would happily listen to other people's jokes. But Bart has a "trap", an unwritten rule -- visitors are free to stay with them, free food and house and tour, provided that they go with him to nudist pools. Haaaa! I was super-shocked then that I must go with him.

So we were there in the pool complex, we have to take off all clothes and underwear, agh! Bart was grinning and laughing at my hesitance. No choice but take off everything and go to the pool -- men, women, children, young and old. People have no qualms swimming and walking nude. I tried to cover my thing with my hands when walking but Bart would laughingly say "Ahh-ahh, no cover."

In short, it was a "cultural baptism" for me. Very open, culturally tolerant Netherlands have those things. Before I moved to another house, Bart brought me again to another nudist pool. The 2nd time, I was less shy.

Then in 2003, I attended a 7-weeks agriculture and environment seminar in Lund, Sweden, September to mid-October. After my seminar, I went again to visit Bart and Wads in The Hague, Netherlands, I stayed there for two days and two nights. As I expected, Bart brought me again to a nudist pool, agh. But I was less shy and just enjoyed the pool with other nude people, especially watching some young Dutch women.

Few years after that, perhaps 2005 or so, Bart came to Manila. Wads is from Pampanga province so Bart would stay with Wads' siblings there. Then I asked Bart to tour him in Pangasinan and he gladly said yes. First I brought him to waterfalls then some small caves in Bolinao, then in the Hundred Islands in Alaminos. We rented a boat, we went to an isolated island with no other swimmers and we did what Bart wanted to do -- go swimming nude. I joined him in nude swimming of course, also our farm caretaker Nong Endring. The two boatmen were smiling to see us swimming nude.

In October 2008 I went to Gummersbach, Germany for a 1-week seminar by the FNF. While I did not have time to visit the couple in the Netherlands, I emailed them that I was nearby, Wads called me at the dormitory. Here's Wads' email to me then:

great chatting with you last night, Nonoy! have a good and fruitful time in Germany.
octoberian din pala si elle - am sure you had a great party for her.
ingat lang, and hugs to the three of you,
wads

December that year, the couple or only Wads came back to the Philippines. I visited Wads early January, then she wrote to me.

Happy New Year to the three of you and wish you all the best for the new year and the ones to come.

Thanks for coming over to the pensionne. We could at least chat even if only for a while. Am sharing with you the two pictures taken. How Marie Elle (now you have to tell me again if this is her name of Ella's or vice versa!) has grown from the tiny baby she was when Bart and I went visiting with you in
Makati. Such a lovely child!

Keep in touch and make sure you come over the next time you are on one of your trips to Europe.

Lots of hugs to the three of you, 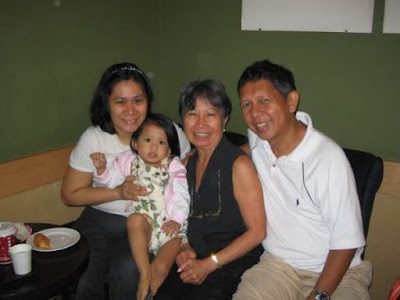 Wads and Bart have a son, Quirien. I have not met him though, in the 2x that I stayed in their house. I think he was already working somewhere in Amsterdam or other parts of Netherlands.

Wads and Bart lived in Celebestraat, The Hague. I don't have picture of the house, I got this from the web, their house is one of the units here. 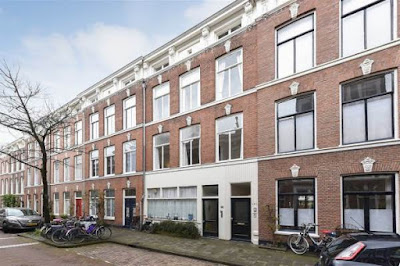 In recent years, I failed to communicate with the couple, how they were doing. It's a big mistake and I cannot forgive myself for this. Because when I opened my yahoo mail late last month ((I seldom open my yahoo), I saw this bad, bad news -- email dated October 4, 2019 with a subject line, “Wads Funeral Announcement / Wads begrafenis aankondiging.” And I saw it towards October 30 perhaps.
The letter said,

With great sadness, we send you the attached funeral announcement for Wads.

Wads fell ill on Sunday 29 September and was taken to a local hospital where a tear in her aorta was diagnosed. Unfortunately this would require major surgery, which was not an option given her wish and condition. Wads regained some strength and enjoyed the company of some friends and family before falling asleep forever. She was her jovial self all the way to the end. We miss her dearly.

We are sending you love and strength along with this announcement.

Then I texted my friend Dr. Fidel Nemenzo about this, he knew. I asked Fidel how Bart is doing, and Fidel told me that Bart has passed away some 3-4 years ago.

Wads, Bart -- please forgive me. I have not written to you and Bart in recent years. Unforgivable. Am so sorry.... 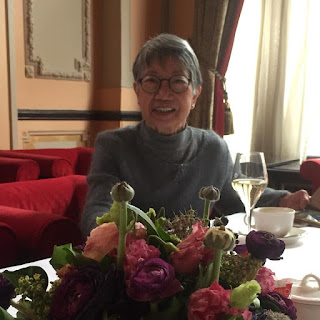 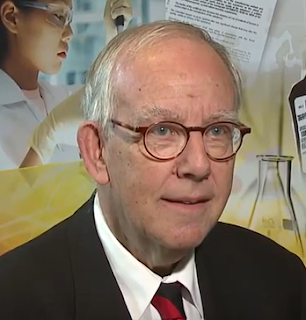 
Wads, Bart, I miss you.
Your laughter, your smiles, your jokes, your kindness and friendliness.
Goodbye, my friends.
I console myself that at least I have met you, see how wonderful life can be when we meet people like you. Thank you. Thank you. Thank you....
Posted by Bienvenido Oplas Jr at 11:30 PM