The usual argument by climate alarmism movement is that less rain or more rain, less flood or more flood, less storms or more storms, they are all "proof" of man-made climate change (CC). So regardless of the weather and climate, we should keep sending more money to the UN, governments, big international NGOs, etc. and they will "fight" CC. Scam.

No trend of "worsening" storms, hurricanes, typhoons. Either declining trend or a simple natural cycle of more storms followed by less storms and so on. 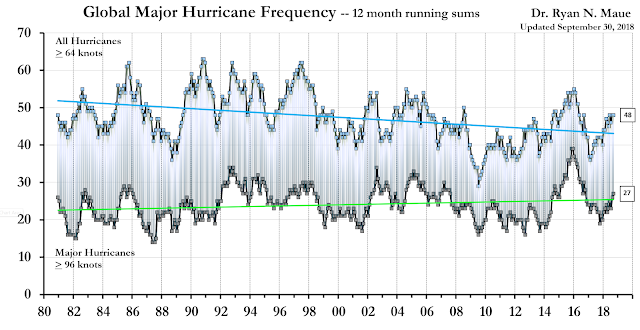 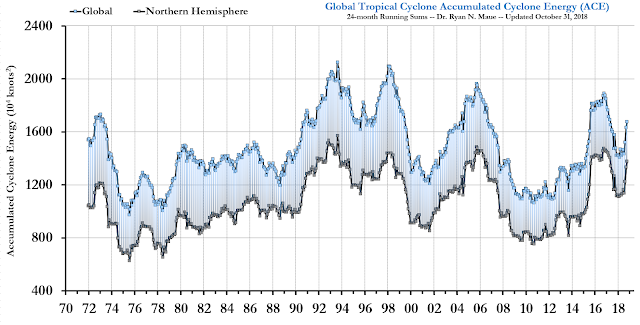 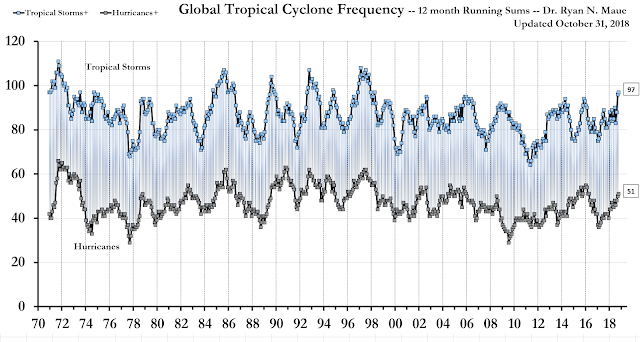 Last 4-decades of Global Tropical Storm and Hurricane Accumulated Cyclone Energy -- Annual totals. The Southern Hemisphere tropical cyclone season occurs from July-June each calendar year. The graph is constructed such that SH annual value for July 2014 - July 2015 is positioned in 2015. 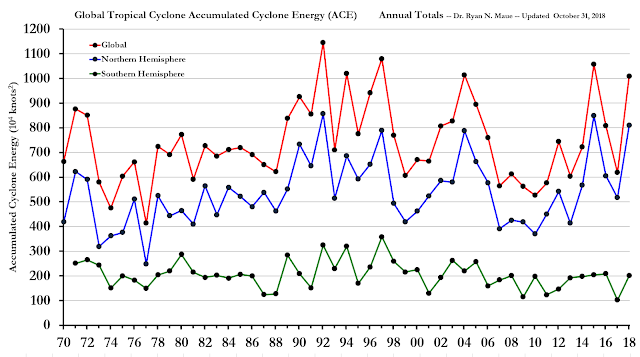