Upon the invitation of the Ateneo School of Government, I attended the project launch of the Access to Sustainable Energy Program-Clean Energy Living Laboratories (ASEP-CELLs) in Xavier University (XU), Cagayan de Oro City on Oct. 28. It is an EU-funded project that targets to achieve 100% rural electrification through renewable energy (RE).

The speakers at the launch were XU President Fr. Roberto Yap; Department of Energy (DoE) UnderSecretary Felix “Wimpy” Fuentebella; Program Manager of the Environment and Climate Change, EU in the Philippines, Giovanni Serritela; and ASEP-CELLs’ Senior Technical Advisor Dr. Josef “Jop” Yap. Jop has been my friend since the 1980s at the UP School of Economics (UPSE).

There was a brief press conference then two panel discussions, First about “Towards greater energy security,” and the second, “Building a low-carbon Mindanao.”

During the press conference, I raised two points, on prices and energy security. How the project can avoid proposing and advocating another round of subsidies to RE that can further jack up the monthly electricity bill of all consumers nationwide, and aim instead at lowering prices. And given the intermittency of variable REs like solar and wind, how to ensure energy stability and security, and how to get people to avoid using the really dirty energy — candles and gensets — due to frequent blackouts.

I checked the Philippines’ and other countries’ solar-wind generation. After decades of huge subsidies and other fiscal plus non-fiscal incentives to rich Europe, the share of solar-wind has not even reached one-fourth (25%) of total power generation in Germany.

Among Asians, many rich and emerging economies of the region hardly care about raising the RE components to no more than 0.5% of their total power production — HK, Indonesia, Malaysia, Singapore and Vietnam (see Table 1). 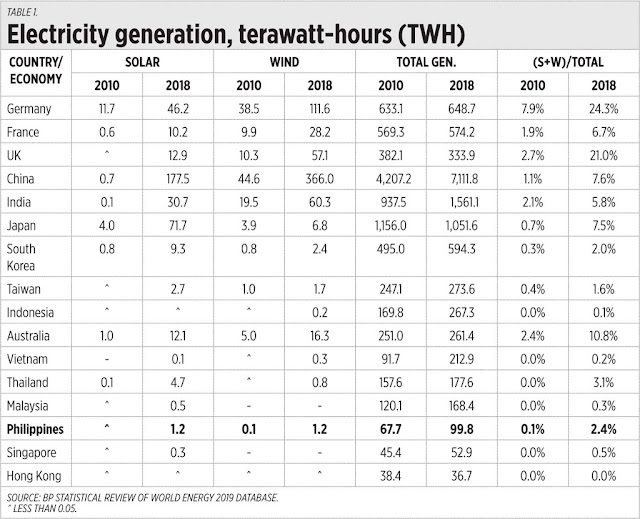 Nuclear energy remains taboo and a “scary” option for many Filipinos until now, or they may support it but “not in my backyard” (NIMBY). The technology for nuclear power generation and safety keeps improving such that many rich countries in the world continue to use nuclear power until now (see Table 2). 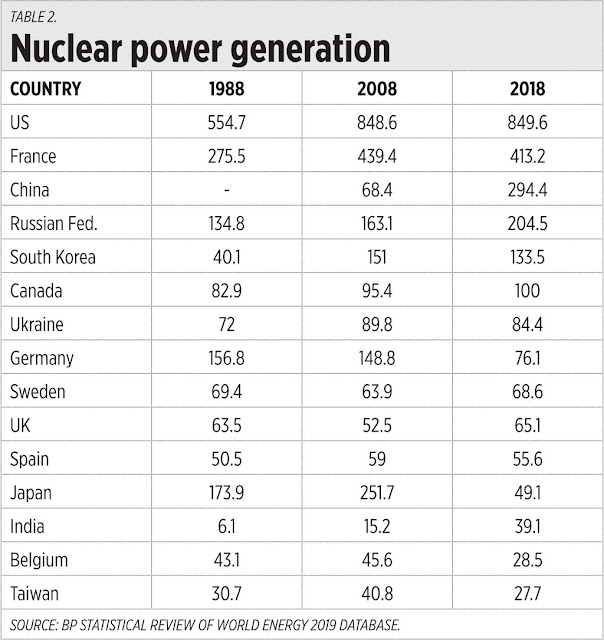 Good move, Secretary Cusi. On these, may I mention these two energy-related events next month:

Second, the 13th International Climate and Energy Conference on Nov. 22-23 in Munich, Germany, organized by the European Institute for Climate and Energy (EIKE). The Secretary-General of EIKE, Wolfgang Müller, is my friend. We met at the Heartland Institute’s 4th International Climate Change Conference (ICCC) in Chicago in 2010, then in the 13th ICCC in Washington, DC in July this year.

Conventional energy sources should continue to be used in the Philippines alongside with RE. Secretary Cusi is correct in adopting a “technology agnostic” policy — let more power plants from different sources and technologies be built to further expand our power capacity and reserves. No special privileges and government mandates as much as possible, just give the consumers cheap, affordable, stable, and reliable electricity.