IPR and Innovation 30, Patents and pharma issues in Asia in 2007

The first time that I attended a formal discussion on IPR issues like patents of newly-invented medicines was nearly 9 years ago, during the 1st Pacific Rim Policy Exchange in Hawaii. There was one special topic on IPR-busting policies like issuance of compulsory licensing (CL), special CL, "international exhaustion" of a patent worldwide once a patent has expired in one country.

I just found my notes last night, no soft copy, so I took photos of one brief handout. The speaker was from an innovator company. He said that below were the important issues in the industry, ie circa 2007. 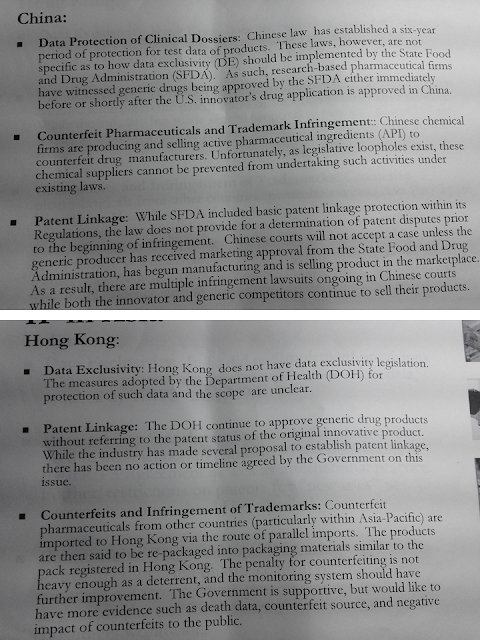 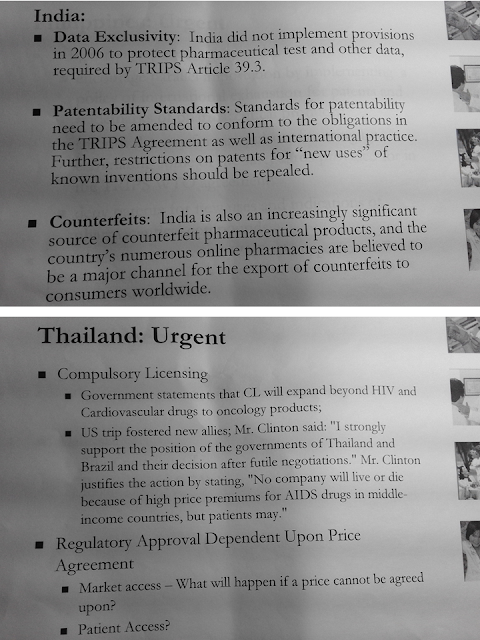 For the Philippines, the main issue that time was the "cheaper medicines bill" that later became the Cheaper Medicines Act of 2008 (RA 9502) via amendment of the Intellectual Property Code (IPC). Among the important IPR provisions of the bill were:

-- encourage parallel importation by implementing the principle of "international exhaustion" for patents and trademarks of innovator pharma products,
-- easier process to issue CL by eliminating some of the safeguards provided at the WTO TRIPS Agreement, and
-- deny new patents for new uses and indications of pharmaceutical compounds.

For Indonesia, the issue based on media reports, was that the Ministry of Health was considering issuing a CL for certain popular innovator medicines. In Malaysia, either a price control or CL, and data exclusivity via FTAs.

Singapore and Japan (and S. Korea?) seemed to be the only Asian countries where IPR protection of newly-invented medicines and vaccines was not a problem.

I thanked the International Policy Network (IPN) and the Property Rights Alliance (PRA), two of the 6 co-sponsors of the Hawaii conference, for giving me the opportunity to attend such a great forum.

Among the photos (I combined 2-in-1 here) in that event, from left: Martin Krause (ESEADE, Argentina), me, Julian Morris (IPN, UK), Alec van Gelder (also from IPN), and Barun Mitra (Liberty Institute, India)