IPR and Medicines 27: More on Glivec and India's SC Decision

A friend in our local health coalition, CHAT, commented in my earlier article, Novartis' Glivec and India's IPR Ruling and argued that


(A) medicine to be patentable should be NEW. This in essence only disallows evergreening of patents which seems to be what Novartis tried in the India case. And which most super power countries like the US and EU where most MNCs are from, would like to change through the insertion of TRIPs plus provisions in bilateral FTAs.

Precisely why the TRIPs flexibilites are in place is to promote the primacy of public health and ensure that developing and undeveloped countries like ours and India (I presume) can have greater access to medicines.

A friend from the innovator pharma camp told me today that

What does not get written about is that Novartis provided 95% of all originator Glivec for free to those patients who had been prescribed the medication in India! The remaining 5% were reimbursed, insured or participated in a generous co-pay program. Facts like these just don't get the media mileage. 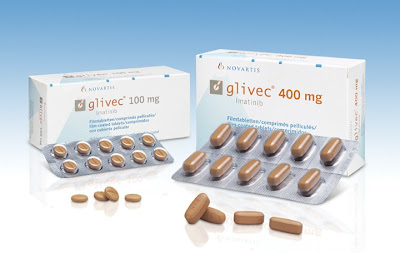 ...The case represents a high-stakes showdown between defenders of intellectual property rights, who say generic versions stifle innovation by drug makers, and Indian drug companies and international aid groups, who warned that a ruling in favor of Novartis could have dried up the global supply of inexpensive medicines to treat AIDS, cancer and other diseases.

Huh? IPR advocates (me included) say that "generic version stifle innovation"? Where did they get that? ALL patented drugs will become off patent after sometime, and generic versions come in, and this has little or zero effect on promoting or stifling drug innovation. What stifles innovation is the uncertainty of patent confiscation by the government. An IPR for an innovator company in the form of drug patent (or song or book copyright or company trademark and logo) can be confiscated through compulsory licensing (CL) and the use of a new, commercial molecule will be given to somebody else, say a government pharma corporation or a private crony corporation.

Anyway, there is an interesting article that I saw today,
Novartis Loses The Glivec Patent Fight In India,
http://seekingalpha.com/article/1313001-novartis-loses-the-glivec-patent-fight-in-india?source=email_rt_article_readmore

Novartis (NVS) has never had a patent for imatinib (Glivec/Gleevec) in India. I'm not completely sure why that is, but I would think it's because that back when the compound was being developed was the era when Indian drug patents did not exist. As the country has entered the WTO, it has had to comply with the world's intellectual property framework and it's safe to say that the dust has not yet settled from this process.

So when Novartis filed for an imatinib patent in India, it was for a different polymorph of the drug, which it ihoped would be patentable chemical matter. The Indian patent office disagreed in 2006, saying that this was merely a reformulation of an existing compound (which had been approved in the U.S. in 2001), and rejected the application. Novartis has been appealing that decision through the Indian court system ever since, and this latest ruling is the last from the Indian Supreme Court. As the court's decision says:

In the application it claimed that the invented product, the beta crystal form of Imatinib Mesylate, has (i) more beneficial flow properties: (ii) better thermodynamic stability; and (iii) lower hygroscopicity than the alpha crystal form of Imatinib Mesylate. It further claimed that the aforesaid properties makes the invented product 'new' (and superior!) as it 'stores better and is easier to process'; has 'better processability of themethanesulfonic acid addition salt of a compound of formula I'; and has a 'further advantage for processing and storing.'

Glivec has been awarded patents in nearly 40 other countries, including China, Russia and Taiwan, but the IPAB is denying one for India. The IPAB acknowledges that Glivec satisfies the international requirements for novelty and inventiveness, but it does not find Glivec to meet the requirement under Section 3(d) of the Indian Patents Act of 2005. This act introduced a new efficacy enhancement hurdle for patenting new forms of known compounds. We believe that Section 3(d), the Indian legal paragraph intended as a hurdle for evergreening, should not be applicable to the breakthrough medicine Glivec, which has changed the lives of patients with rare cancers.

...(I might note that all the preening in the Indian press about the country being the "pharmacy to the world" would be more justified if any of the drugs being made had actually been discovered in India, through the ingenuity of Indian drug companies, risking Indian capital and shareholders' money. But they weren't.) What it does mean is that Indian drug patent law has gone from being nonexistent a few years ago, to being one of the strictest around. I hope that it's applied uniformly. Novartis has lost what was not a very strong case, to be honest, but the courts in India will hear stronger at some point.

So to my friend's query if Glivec in beta-crystalline form was a novel drug or not, the nearly 40 countries where it got a patent said Yes, it is a novel drug, that is why a patent was granted in those countries.

What is clear to me at this point are the following:

1. Glivec/Gleevec was a real, revolutionary, cancer-killer medicine. Physicians and patients were looking for it. Kudos to Novartis -- and not to anyone else -- for inventing it, for spending a billion dollars (industry average) in medicine R&D.

2. Because of this usefulness and revolutionary-ness of Glivec, many generic manufacturers in India salivated at the profitability of copying it even if they did not spend a single dollar in various clinical trials involving hundreds or even thousands of cancer patients. Since they did not spend any to invent this revolutionary drug, they can copy and sell it even at 10 percent or four percent of the innovator's price and still make a good profit.

One implication of this case is that innovator companies -- of which there is few (or zero?) in India -- will have second thoughts whether to bring to India new, more disease killer medicines, or not. Or delay launching it there when the patent elsewhere is about to expire. In which case, patients will have to use old and existing, off-patent drugs. If they wish to get those more powerful drugs, they may have to fly to the US or Europe or Japan or HK, etc. and seek treatment there. And this makes healthcare becomes even more expensive.

Lest I will be accused of being "unsympathetic" or "antagonistic" to generic pharma, I am not. Generic producers have a role to play in public healthcare. After the patent of a popular and revolutionary medicine has expired, generics come in and provide their own versions at a lower price to the public. In the WHO's Essentials Medicines List, I read that about 99 percent of those medicines are off-patent and are available at various brands at various low prices. Thanks to generic pharma.

It is only in that short "patented period", usually only 8-10 years of the total 20-years patent life of a drug molecule (the 10-12 years are eaten by various clinical trials and approval process by the FDA) that is being debated.

Because of the important and useful role of innovator pharma companies in discovering new more powerful, more disease-killer medicines, certain government policies should not be antagonistic to them. Instead of just 100 or so innovator companies worldwide, we should have 300 or 1,000 of them worldwide. Let there be more competition among innovator companies, the same way that we wish to see more competition among generic companies. Competition and not more government regulation, is almost always a more effective tool to bring down prices.

Abolition or at least drastic reduction, of government taxes on medicines, will be a good start. This move will drastically reduce medicine prices and hence, address public clamor for cheaper medicines.