Business 360 6: Peace and Prosperity in Asia 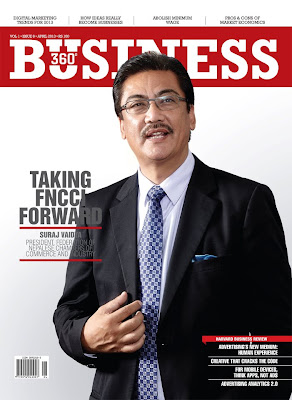 Peace and Prosperity in Asia

Asia is in a unique position in the world today in both economic and political parameters. Economically, three of the four biggest economies in the world by purchasing power parity (PPP) valuation of GDP are in Asia – China, India and Japan, ranked 2nd, 3rd and 4th, respectively in 2012. South Korea and Indonesia also ranked 12th and 15th in GDP size.

Among the fastest growing economies in the world are also in Asia, the five countries mentioned above except Japan,  and the industrializing or emerging markets like Taiwan, Thailand, Pakistan, Malaysia, Philippines, Hong Kong and Singapore.

Politically, there is slow but continued improvement towards democratization and away from despotism. But there are some serious threats to peace in the continent. Among the recent  negative events that developed are the following.

One, North Korea has cut off military hotlines with South Korea and prepared for a "situation where a war may break out any moment.” Earlier,  the new South Korean President, Park Geun-Hye declared, "For the North, the only path to survival lies in stopping provocations and threats, abandoning its nuclear weaponry and missiles.”

Two, Vietnam has accused China of opening fire on a Vietnamese fishing boat at the disputed Paracel Island. China has denied the accusation and tension between the two governments has renewed. In early March this year, China announced that it has increased its defense spending to US$119 billion.

Three, the on-going territorial dispute between China and Japan over Japan-controlled islands in the East China Sea, known as “Senkaku” in Tokyo and “Diaoyu” in Beijing. Both sides have sent battle ships and sometimes fighter jets, although these mainly served as “show of force” and no incidence of actual shooting has occurred.

Four, on-going Philippines-China territorial dispute over small islands in the South China Sea or West Philippine Sea, depending on which beach one is standing on. Recently, Japan donated 10 new patrol ships to the Philippine Coast Guard valued at $11 million.

Five, the India-Pakistan tension over Kashmir remains unresolved for many years now. Early this year, Indian Kashmir police instructed the citizens to prepare for a nuclear war.

The list can extend showing political and defense instability in the region and continent. Nonetheless, no actual serious attacks have been committed, so the cause for peace has generally prevailed.

This writer is inclined to believe that many of those reported tensions are more exaggerated than the actual tension. With global commerce and global mobility of people rising every year, it is no longer possible to bomb and inflict military casualties on citizens and civilian structures of the target cities and countries alone, but will affect also  companies and expat personnel from many other countries.

These days, if one will bomb one big city like Tokyo or Beijing, Delhi, Seoul, Taipei or Manila, it will also  bomb the businesses and nationals of almost all major economies around the world. In short, you bomb one big city, you declare war to all other countries, directly or indirectly.

This alone will restrain the hands of whoever have the control over the buttons of those armaments of destruction. The people who will condemn them if they do so will not only be the residents of the affected cities or country, but even their own countrymen who have long-term trade and investment interests in all major cities around Asia and the world.

Because of global commerce and mobility of people, any World War II type of scenario is more of illusionary than real. It will be prodded more by lobby groups in the security and military establishments, like certain sectors of the academe and media, and the suppliers of those armaments.

Free trade and free people mobility is the best policy to deter war and destruction, and achieve peace and economic prosperity for the people of Asia and the rest of the world.

In a global “Freedom to Trade” campaign launched in March 2009 by the Atlas Economic Research Foundation and the International Policy Network, these words reverberate and will remain useful today and tomorrow:

“Two hundred and fifty years ago, Montesquieu observed that ‘Peace is the natural effect of trade. Two nations who differ with each other become reciprocally dependent; for if one has an interest in buying, the other has an interest in selling; and thus their union is founded on their mutual necessities.’

Trade’s most valuable product is peace. Trade promotes peace, in part, by uniting different peoples in a common culture of commerce – a daily process of learning others’ languages, social norms, laws, expectations, wants, and talents. Trade promotes peace by encouraging people to build bonds of mutually beneficial cooperation…. trade unites the economic interests… of the peoples of all nations who trade with other.”