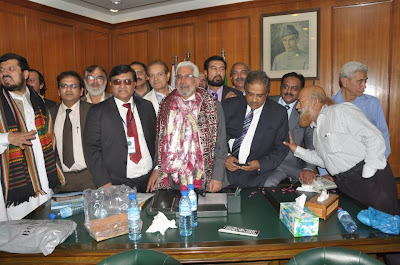 Zubair, in red dress in the above photo, is a friend since 2004, when I first participated in EFN Asia annual conference in Hong Kong. I would see him yearly since then, except in 2007 and 2008 where I was not invited. The country director of the Friedrich Naumann Foundation for Liberty (FNF) in Pakistan, Olaf Kellerhoff, is very proud of this feat by Zubair. Olaf is also a friend of mine, he's a giant, could be 6'10" or almost 7 footer in height. 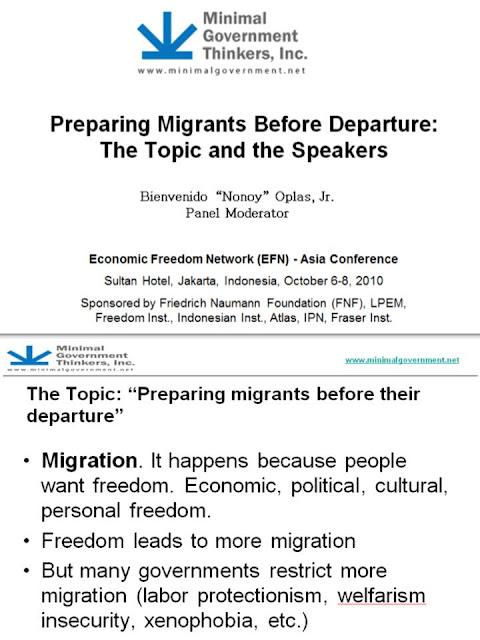 These three graphs I developed then, simply show three things. (1) in the absence of people mobility and free trade across countries, there is widespread disequilibrium and disparity in wages among people worldwide. With (2) freer mobility of people and goods across countries and continents, the average wage in rich countries and in poorer countries tend to narrow down. And (3) if full free trade of goods, services and people happen, this gap will become even more narrow, the world will approach the commodity price equalization (CPE) theorem. 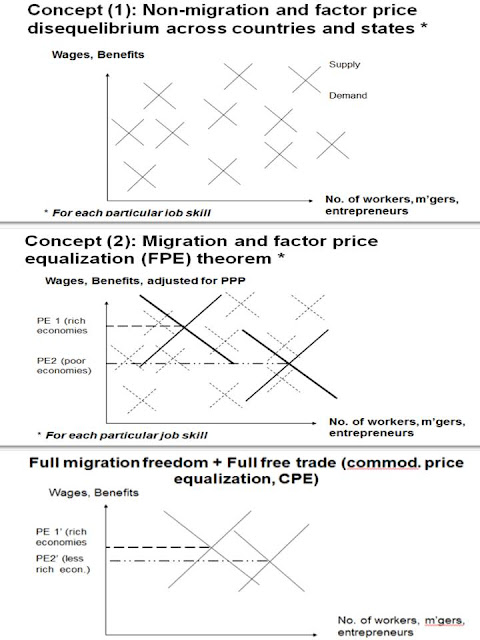 Then I introduced the two speakers. Aco Patunru is young, very articulate, very intelligent. I first met him in 2006 during the EFN Asia conference in Kuala Lumpur. He spoke on the panel on international trade and when he was asked during the open forum what to do with the stalled multilateral talks at the WTO, he said one solution is unilateral trade liberalization by countries.. Many in the audience, me included, gave him a loud applause for his frank and direct answer. 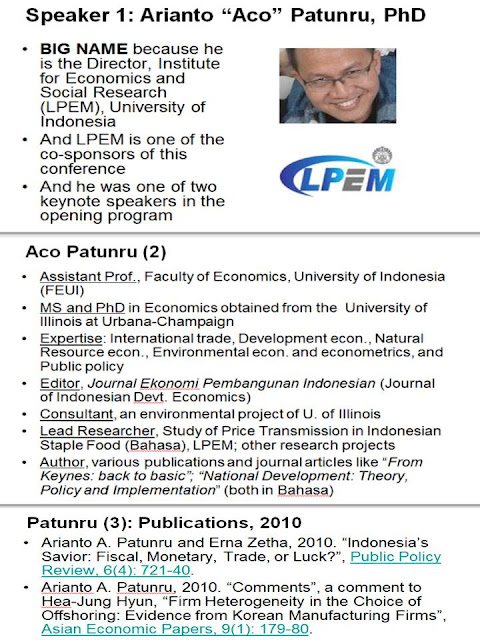 Then I introduced Zubair. By profession, he is a businessman, a successful entrepreneur and hence, fully appreciates the value of free enterprise, free market and individual freedom. 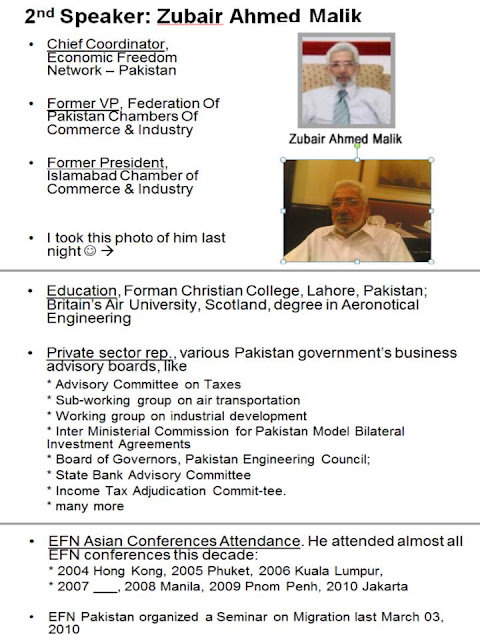 Three weeks ago, Zubair came to Manila then Cebu for a business trip. A week before he came, we arranged for a meeting, I would visit him in his hotel, Diamond Hotel in Manila, March 17 evening. We did not finalize things days before he arrived, and I was also in Palawan for three days. I went to his hotel that night but he was out. Should be in another business meeting.

Many Thanks Nonoy for sharing your views and comments.