The Coalition for Health Advocacy and Transparency (CHAT) is the umbrella organization of health and research NGOs and think tanks that gathered during the Medicines Transparency Alliance (MeTA)-sponsored CSOs Mapping in January 2009. Many of the health NGOs there are coalition themselves of other community and sectoral organizations. CHAT is affiliated with MeTA Philippines and is considered the civil society arm or partner of the latter.

Last week, April 12, 2013, the International MeTA Secretariat (IMS) had a half day meeting with NGO leaders that composed CHAT. About one-half of the organizations within CHAT were represented, good attendance. The IMS were composed of Tim Reed, Executive Director of Health Action International (HAI), Ms. Renee Vasbiner, Administrative Coordinator of MeTA Secretariat, also of HAI, and Ms. Deirdre Dimancesco. Technical Officer of Medicines, Access and Rational Use, Department of Essential Medicines and Health Products, WHO Geneva HQ. 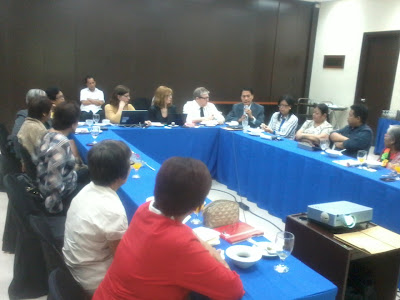 CHAT was led by former Bulacan Gov. Roberto "Obet" Pagdanganan and Cecile Sison of HealthWatch. Gov. Obet and Cecile are also the Chairman and Secretary General of MeTA Philippines, respectively. The big coalitions within CHAT are the Ayos na Gamot sa Abot-kayang Presyo (AGAP, or good medicines at affordable price), Cut the Cost Cut the Pain Network (3CPNet) and Medical Action Group (MAG), Woman Health, Health Action Information Network (HAIN) and COPAP, the organization of senior citizens. Everyone was given the floor to introduce themselves and the NGOs that they represent, what they do and who are their main constituency.

I introduced Minimal Government Thinkers, Inc. as an independent think tank advocating free market, less government, personal responsibility and rule of law. Our constituency are individuals and groups here and abroad, who read about any free market reforms in the country and in this case, in healthcare policies. 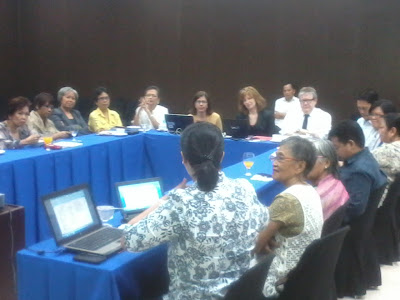 So we have some big NGOs and coalition of NGOs themselves that played very active roles in the enactment of the Cheaper Medicines Law of 2008 or RA 9502, groups and individuals that supported major amendments to the Intellectual Property Code (IPC) of the Philippines like institutionalizing compulsory licensing (CL) of certain patented medicines. And MG Thinkers that advocate respecting IPR as much as possible. So CHAT is a loose coalition and members recognize that.

One advantage, members say, is that there is wide range of discourse and policy options to choose when we discuss certain issues, so they benefit from such diversity of opinions and observations. But one disadvantage is that it is difficult to come up with a consensus stand or statement on some issues, like I advocate less government while many want more government involvement in healthcare. Or possible disagreement in the possible TRIPS Plus provision in the soon to be negotiated EU-Philippines Free Trade Agreement (FTA). 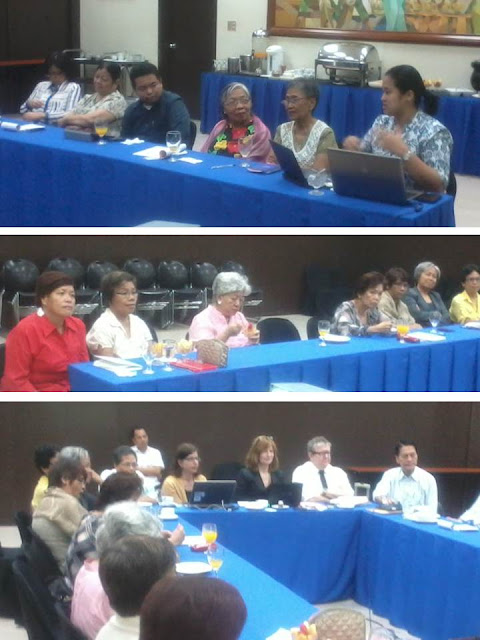 At this point, I spoke. I said that MG Thinkers' involvement in CHAT was a bit interesting. Many if not all of the groups that attended the CSO Mapping workshop were known groups in the IPR debate before RA 9502 was enacted into law. And I was not with them as I was writing many articles defending IPR and my articles were published in many countries like the US, UK, India, Malaysia, Singapore, Philippines, and even in some Arab countries, published in Arabic, courtesy of MG's international free market network.

That when Ms. Klara Tisocki, then of the EU and now with WHO Western Pacific Regional Office (WPRO) invited me to attend the CSO Mapping workshop in January 2009, she has read my name and my articles, and she must have wanted diversity, not monotony, of ideas among CSOs. Klara played a key role in the MeTA formation in the Philippines. And so CHAT was designed to have diversity, to allow some looseness in the umbrella organization.

On the issue of IPR and medicines, Tim Reed of HAI showed a youtube video produced by HAI Global, about the "EU zoombies" as a result of EU insistence that stronger IPR protection on patented medicines be adopted in various EU negotiations for FTA with different countries. 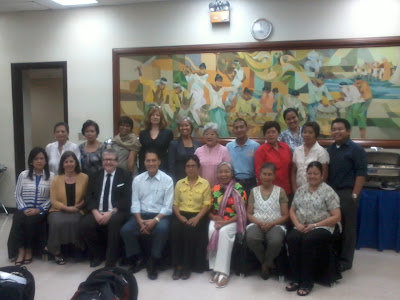 Then some organization matters were discussed, like key activities for CHAT.

Last April 08, Monday or four days before the meeting with IMS, CHAT also held an internal meeting about issues to discuss. We devise a Strengths, Weaknesses, Opportunities, Threats (SWOT) analysis of CHAT. The matrix was shown and discussed by Atty. Paula "Pau" Tanguieng of AGAP. Good presentation, Pau. 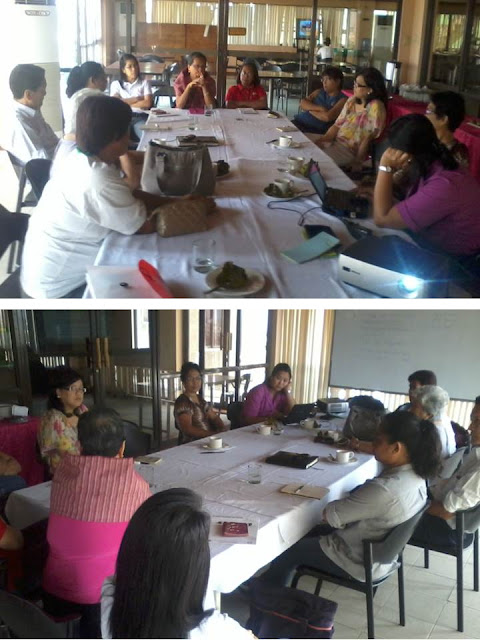 It was a good meeting with the IMS, food was nice too.

I keep writing about these meetings and events as many CHAT and MeTA members tell me that although they may not agree with many of my ideas, they still look forward to my analysis, stories and photos. Just one proof that diversity is preferable to monotony. :-)