Among the arguments of these and other papers are the following:

A lot if not all of these numbers and projections are products of delusion and irrationality.

On #1, if solar cost is indeed declining, then why don’t the solar lobbyists and developers simply abandon the high feed-in-tariff (FIT) or guaranteed high price for 20 years, now P10+/kWh? Why not call for drastic reduction of FIT to P4-P5/kWh, even abolish FIT altogether?

On #2, as the Philippines relies more on coal — 38.8% of 72.92 tera-watt hours (TWH) of electricity generation in 2012, up to 49.6% of 94.37 TWH of generation in 2017 — our electricity prices decline. See Meralco rates for instance, weighted average for all customers (residential, commercial, industrial). The rates exclude VAT but include all other non-recoverable taxes and charges.
(in US$ cents per kWh) 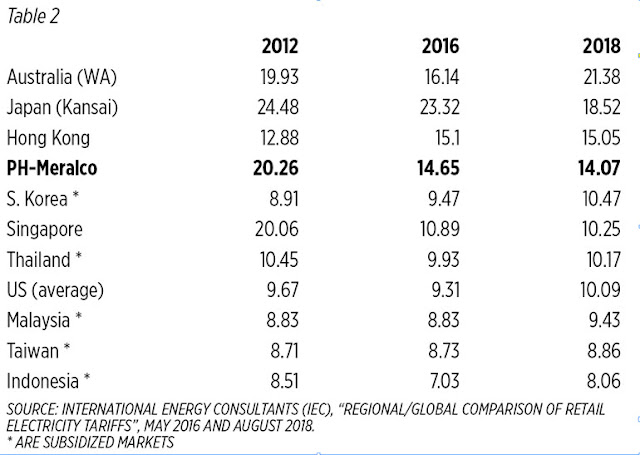 On #3, moving away from coal and fossil fuels and embracing renewables like wind/solar has been the goal of many developed countries for the past two decades or more. And yet by 2017, many of them still rely 30% or higher on coal while their RE generation (wind, solar, biomass, geothermal) remains small. 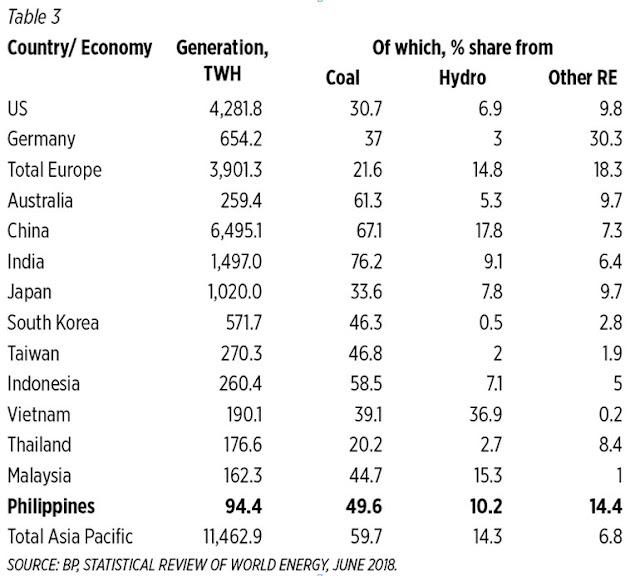 The solar lobbyists also silently demand to cut and murder all tall trees near houses with solar roof and all utility solar farms. Solar hates shades — from clouds, rains and tall trees. It is anti-green.

The bottom line of more renewables cronyism via continued expensive subsidies, mandatory dispatch and related provisions is that whether we have less rain, no rain or more rains; less flood, no flood or more floods, less storms or more storms, we should endure expensive and unstable electricity. We should send more money to the UN, Al Gore, CCC, WWF and Greenpeace, get more climate loans from the WB and ADB. Lousy.