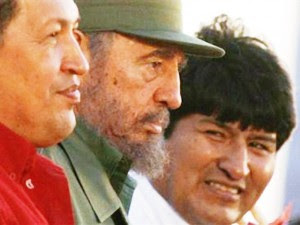 The socialist President of Bolivia, Evo Morales -- after Hugo Chavez of Venezuela, Fidel Castro of Cuba, in this picture -- "has fingered capitalism as the root of many of the problems facing the world and has urged his fellow leaders to explore alternatives, such as a declaration of rights for the earth as a means of tackling climate change." See the news report here, Bolivia assails rich, carbon market at Cancun talks.

The Bolivian Ambassador to the UN also attacked the rich countries for their failure to live up to the Kyoto Protocol agreements. 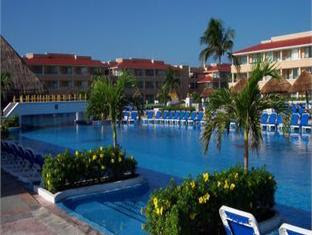 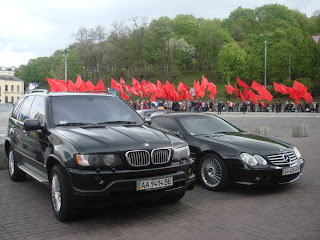 Good contrast here of a luxurious car produced by some capitalist car companies, and communist demonstrators waving red flags. Or are those flag-waving demonstrators aspiring to be the capitalist-owners of the luxury car company?

Meanwhile, the whole of Mexico is projected to have between -2 to -4 C temperature colder than normal, from November 30 to December 8 this year. Data from http://wxmaps.org/pix/temp3.html H/t to Steven Goddard's Konference Kools Kancun Klimate.
Posted by Bienvenido Oplas Jr at 9:55 AM