Welfarism 10: Spanish Problem, the Euro or the State?

Spain is being watched now by many people if it will also follow Greece and Ireland's debt crisis, which will necessitate large-scale bail-outs. A friend posted in one of my discussion yahoogroups, an article by NYT columnist Paul Krugram, "The Spanish Prisoner" on November 28, 2010. In that article, Krugram wrote,

Why is Spain in so much trouble? In a word, it’s the euro. 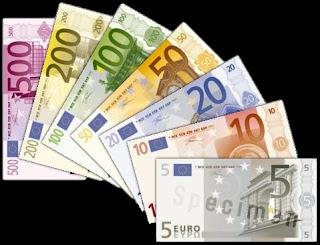 Spain was among the most enthusiastic adopters of the euro back in 1999, when the currency was introduced. And for a while things seemed to go swimmingly: European funds poured into Spain, powering private-sector spending, and the Spanish economy experienced rapid growth.

...During the boom, prices and wages rose more rapidly in Spain than in the rest of Europe, helping to feed a large trade deficit. And when the bubble burst, Spanish industry was left with costs that made it uncompetitive with other nations.

Now what? If Spain still had its own currency, like the United States — or like Britain, which shares some of the same characteristics — it could have let that currency fall, making its industry competitive again. But with Spain on the euro, that option isn’t available. Instead, Spain must achieve “internal devaluation”: it must cut wages and prices until its costs are back in line with its neighbors.

And internal devaluation is an ugly affair. For one thing, it’s slow: it normally take years of high unemployment to push wages down. Beyond that, falling wages mean falling incomes, while debt stays the same. So internal devaluation worsens the private sector’s debt problems.

This article is one more reason why I'm no fan of Paul Krugman. 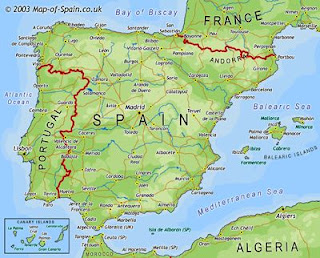 He says the main culprit of Spain's woes is the Euro. That if Spain has its own currency, say a Spanish peso or a Krugman dollar, then it would be easy for Spain to get out of its current economic problems because a big state can manipulate the local currency -- devalue or revalue, depreciate or appreciate -- and wages and prices will follow.

Prices. Supply of paella and tapas increases relative to demand, their price will decline. Their supply cannot cope with sudden increase in demand, say there is a big fiesta or big celebration -- like Fernando Alonso winning again the F1 championship, or Alberto Contador winning the Tour de France, or Rafael Nadal winning the Wimbledon or the US or French Open -- the price of paella and tapas will increase.

So now Krugman is saying that Spain will need the big State's manipulation of its local currency -- assuming it has its own aside from the Euro -- so that the price of tapas and paella will move up or down? 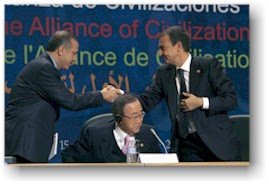 Krugman misses the point. It is big State and its heavy intervention -- rigid labor laws and heavy protection of workers "against capitalist exploitation", that disallows the labor market to spontaneously adjust to high unemployment and artificial high wages.

If I am an entrepreneur, or simply a profit-hungry capitalist, and I have 3 employees for my restaurant, my customers are increasing but still I won't hire a 4th or 5th worker, even if national unemployment rate is close to 21 percent. It's too costly to add additional worker, the marginal cost is much higher than the marginal revenue (MC > MR) as there are lots of mandatory contributions, obligatory social security payments by employers. I'd rather keep the 3 workers and give them higher pay for higher productivity, more bonuses for longer working hours, or I'd rather work as the 4th worker myself and cut my siesta and partying with friends.

Perhaps if I become richer this way, I can hire a nanny for my children and that's one job creation already. Or I can keep high personal or company savings -- for the rainy days. The point is that I will not hire extra worker as much as possible, thanks to heavy state regulation of the labor market and over-protection against "capitalist exploitation."

About capitalist exploitation, a favorite topic by statists and socialists that's why they push for ever stricter labor regulations, for more mandatory social security payments, who is the exploited one -- the employed worker or the jobless?
-------