Compulsory licensing (CL) is a policy tool by the State to use an invention by someone which has been granted intellectual property rights (IPR) protection like patents and trademarks, and give it to other people or groups without the IPR holder’s consent, purportedly to address some issues affecting “national interest”. 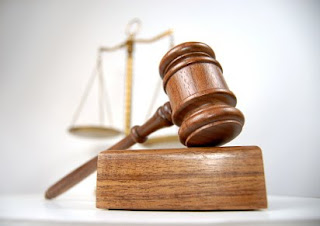 In short, the State grants a property rights protection then removes or violates the same right it has invented and granted. This speaks how the State respects or disrespects the rule of law.

While CL can be applied in various IPR products and inventions, it gains notoriety in medicines. Global trade agreements even include TRIPS flexibilities where CL can be more easily declared and imposed by any developing country government.

In this paper, Alec and Philip argued,

…While it is true that few compulsory licenses have been issued in the past decade, access to medicines has increased rapidly… While there remain considerable barriers to access, these have little to do with IPRs. IPR standards have improved in many regions – and this may actually have increased access to medicines in general and ARVs in particular.

The following facts are apposite:

* 65% of first-line anti-retroviral medicines are now produced by generic manufacturers;

* Many second- and third-line ARVs that are protected by patent rights are being manufactured in India and other developing countries with rights-holders consent.

* Many other first-, second-, and third-line medicines protected by patent holders are being manufactured in India without the consent of rights-holders, yet these companies have to date not registered legal challenges to this production.

* Options to promote access and to encourage sustainable downstream R&D through differential pricing are being explored by the private sector.

IPR protection like patent is important because it allows the drug inventors who spent huge amount of money in expensive R&D, long and repeated clinical trials with various subjects (from animals to people), complying with various inspections and regulations by government drug administration office. Inventing effective and safe drugs is very costly and risky. The patent system allows the inventors to have exclusive use of their successful invention for x number of years, they can sell the product at a price that will allow them to recoup their expenses and make some profit.

Instead of discouraging inventors, the State should encourage more inventors, more innovator pharmaceutical companies, to develop more powerful, more disease killer drugs, and let them compete with each other. After sometime, the patent of those drugs will expire anyway, then even plentier generic manufacturers will produce the same drug molecule and sell at much cheaper prices.

The CL red herring or diversion is a non-productive exercise that saps more energy and resources of various sectors and players, energy that could have been used in more productive health activities like more public awareness and education about AIDS, more modern health facilities especially in rural areas, more preventive measures.

Bringing in the State to disrespect what the State has granted and protected in the first place, is one lousy way of using our tax money.
Posted by Bienvenido Oplas Jr at 4:41 PM