(Notes: This is a sequel to my original blog entry, What's wrong with Economics last July 18, 2009. This is also my article last weekend at thelobbyist.biz. The flowchart and picture of Adam Smith below are from wikipedia, the chart of Big Governments is from The Economist.)

Economics has a very simple definition: “the study of proper allocation of limited resources given unlimited wants.” This is the basic definition that university students learn when they taken Econ 11 or Elementary Economics. And yet as students and their professors tackle higher economics subjects, the approach of the course tend to diverge from the earlier definition. 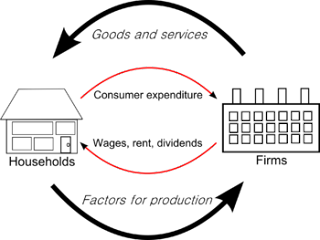 The problem with many economists working with government and even in multilateral institutions like the WB, ADB, IMF, UN, etc., is that politicians and political expediency of poverty – including self-imposed poverty due to laziness and personal irresponsibility – have ruled their lives and thinking. Fiscal resources are in the red every year, but the politicians say "find ways to borrow, find ways to further hike taxes and fees", and the economists obey them, sometimes blindly, sometimes with full agreement.

So, what's wrong or what went wrong with economics? Nothing.

A friend shared with me this brief note about economists in the US:

Excerpted from Disappearing Jobs; High Paying Careers with No Future. 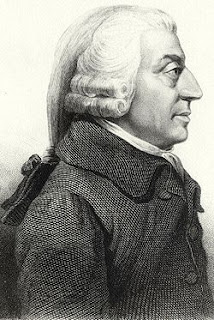 So there. If governments will shrink, more economists will be unemployed, at least in the US. Though in many other rich countries like Europe and Canada, their bureaucracies are peppered with economists. I also observe that economists in general are the number two central planners around the world. Number one is reserved of course, to politicians. That's why economists are highly favored in central planning agencies – the UN, WB, IMF, ADB, the Fed, ECB and other central banks in various governments.

Even in the man-made warming scam, economists figure prominently. Examples are Lord Stern of UK who authored the "Stern Report" which the UK government followed almost thoroughly its recommendations. Then Rajendra Pachauri, the UN IPCC Chairman. People think that the IPCC is a “scientific body” when it is in fact a government and political body. That is why politician Al Gore and economist Pachauri are the top personalities of the man-made warming hysteria.

So, answering the title of this article, “What’s wrong with Economics?” The quick answer is, Nothing. Economics is a discipline that simply studies "proper allocation of limited resources given unlimited wants."

The quick answer would be the central planning mentality of many – but not all – economists.
Posted by Bienvenido Oplas Jr at 6:57 AM