(* Guest posting by a friend, Al Protacio, a Filipino geologist now working in UK. My brief comments, in italics, after his paper. Then Al made a follow up posting -- Nonoy)

There was a NASA report,
A Chilling Possibility: By disturbing a massive ocean current, melting Arctic sea ice might trigger colder weather in Europe and North America.

Article:
"Global warming could plunge North America and Western Europe into a deep freeze, possibly within only a few decades. That's the paradoxical scenario gaining credibility among many climate scientists."

Me:
They must really love the taste of athlete's foot because they just keep on putting their feet (and everyone else's feet) in their mouths. Just when you think they can't get any lower in their reputations, they start digging. These supposed scientists sound more and more like religious fanatics everytime they open their mouths. PARADOXICAL, really!!! I'm a Catholic and there's only one paradox I believe in. And it has nothing to do with the AGW religion.

Article:
"It's difficult to predict what will happen," cautions Donald Cavalieri, a senior scientist at NASA's Goddard Space Flight Center, "because the Arctic and North Atlantic are very complex systems with many interactions between the land, the sea, and the atmosphere.

Me:
Now they say "it's difficult to predict what will happen" but they (maybe not him personally) have no problems DEFINITELY predicting our doom because of man's CO2 emissions.

Article:
"The sea ice thawing is consistent with the warming we've seen in the last century," notes Spencer, but "we don't know how much of that warming is a natural climate fluctuation and what portion is due to manmade greenhouse gases."

Me:
Now they admit that the debate on AGW isn't settled!!! Or maybe it's just Gore and his ilk who arrogantly proclaim that the science is settled but the so called scientists who should know better keep silent because it is to their advantage if Gore got his way.

Having read the article, it suggests plausible explanations to what's happening now and actually supports the natural cycle of warming-cooling-warming-cooling instaed of AGW. However, the title and the subtle comments in the article still push the AGW agenda. Sad to say, the uninformed, the gullible, the brainwashed, the fanatics, and those benefiting from AGW will believe more the later than what is actually suggested by the article.

What's happening now is all part of the natural cycle of warming-cooling-warming-cooling which is mainly controlled by the sun and not man's CO2 emissions. The whole AGW debate started when they claimed that man's CO2 emmisons was the main cause of global warming and not the sun. Their arguments have now morphed into plausible explanations to what is actually happening (effect - which is not man-made) instead of justifying the man-made CO2 debate (cause). Nothing in the article even comes close to supporting AGW but that is what the title is deviously suggesting.
----- 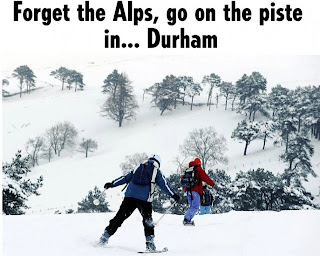 Yes, what the climate alarmists are saying is this:

So whichever way the climate will go, cooling-warming-cooling-warming, governments should impose more environmental regulations, more carbon and energy taxation, create more climate bureaucracies, organize more frequent global climate meetings and junkets. And taxpayers and energy consumers will pay for ALL of those costs and regulations, who else. They just want our money, they just want more political control of our lives, and they are dangerous. 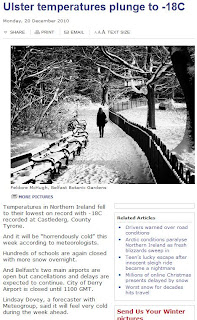 That's why I call those guys as plain climate liars and carbon robbers. No apologies for the strong words, just statement of facts. Climate liars and environmental thieves.

On another note, I told my friend who owns a small travel agency here in Manila -- the world is plunging in a global cooling state which will last for 2 or more decades. Expect more tourists and even migrants from winter-battered countries in the northern hemisphere into the tropics like the Philippines.
-----

The scientific word that were at tips of these geniouses' fungus infested tongues but seem to have escaped them is feedback. There is no paradox in what was being explained in the article. It's all feedback. If any of these geniouses don't know what feedback is, it is defined in Wikipedia as:

Feedback describes the situation when output from (or information about the result of) an event or phenomenon in the past will influence an occurrence or occurrences of the same (i.e. same defined) event / phenomenon (or the continuation / development of the original phenomenon) in the present or future. When an event is part of a chain of cause-and-effect that forms a circuit or loop, then the event is said to "feed back" into itself.

What's happening now is just part of the natural cycle of warming-cooling-warming-cooling. Nature is very good at restoring balance even without man's help. This happened in the past, is happening now, and will definitely happen in the future until the end of the world. The earth get's too hot because of the sun, nature will react to cool itself down. The earth get's too cold because of the sun again, nature will react to heat itself up. On and on and on and on. There is no paradox, just feedback.

I know what these AGW fanatics will say now after learning the word feedback. Nature is just reacting to balance itself out because of man's abuse of nature. This wouldn't surprise me because they also said the current cooling is just part of the natural cycle (duh, we've been saying that all along in connection with the warming but they wouldn't accept it because it wouldn't support their argument of AGW at that time) but the long term trend is still warming. They're saying this while people are freezing to death in the northern hemisphere. They even have the gall to lie through their teeth and say that based on data, 2010 is one of the hotest years ever. They would analyze and say cooling is only confined in the northern hemisphere and then conject that global data still suggests warming (I wonder where they get their data from, probably from the Climate Research Unit of the University of East Anglia). Duh, about a fourth of the world is frozen now and we also had severe winters these past few years. What hottest year and warming trend are they talking about?

I recently attended a conference wherein the plenary session topic was the "The Impact of the Carbon Agenda on Industry". One speaker who is connected with government revealed that part of the EU's master plan to combat climate change (AGW) is to tax people in order to force behavioural change. This "tax the people to alter their behaviour" is Phase 3 of their master plan. What is very very disturbing is that they are about to implement Phase 3. They'll make it prohibitively expensive for people to drive their cars, heat their homes and just basically live their daily lives to abruptly reduce CO2 emissions. They'd rather have people freeze to death than emit CO2 to heat their homes. For those who survive the CO2 tax plague, it will be a very very meager existence. This is all done in the guise of saving the planet. Of course, the people in power will be living it up in big houses heated up to tropical temperatures, driving luxury cars/SUVs, flying first class to climate conferences, staying in five star hotels, etc. Come to think of it, dead people will have absolute zero CO2 emission. They wouldn't even be exhaling any CO2 at all. Mission accomplished.
Posted by Bienvenido Oplas Jr at 9:00 AM

One of the best articles I have ever read on the Global Warming scandal, a tax on fresh air and publicised by Government propaganda.