A friend from one of my discussion ygroups commented to my previous article, What's wrong with Economics, part 2.

His comments were "technicolorful" and contains rather convoluted imagery of my earlier arguments. Below are his major critique of my paper, in italics. The --> are my reply to him.

1. Nonoy's textbook definition is fundamentally flawed on two fronts. His definition only considers “ALLOCATION” or distribution of resources, when, in fact, economics is more about “PRODUCTION.” In fact, we measure growth of the economy in terms of gross domestic PRODUCT (GDP) or gross national PRODUCT.”

--> First of all, the definition "Economics is the study of proper allocation of limited resources given limited wants" is NEVER my own definition. He is right, it is textbook definition. By Paul Samuelson, by Gerry Sicat, by Dornbusch and Fischer, by Todaro, who else? I think many of them book authors accepted that brief, simple and beautiful definition of Economics.

--> Economics is also about production, and about consumption. That is why I put a flowchart of production-consumption in the economy in that article. But whether it is production or consumption, it is the allocation that is more important.

Right now, I have one hour of free time before I go home. What will I do with this one hour -- write a paper on voodoo science of man-made warming, or answer backlog emails, or share photos in facebook, or reply to him? With just one hour, it is impossible for me to do all of those, to produce many papers. I have to allocate and prioritize my one hour. To produce a paper within one hour is no problem with me, it is easy. It is the allocation of limited time, of what paper to produce within one hour that is a problem.

I chose to reply to him and postpone the production of other papers on other topics by tomorrow, or by next week. See the value of allocation, and not just production or consumption?

2. Another fundamental error is the fact he accepts the widespread perception that resources are scarce or limited. Unfortunately, when one starts from this premise, logic automatically leads you to the conclusion that because resources are scarce and the population is growing unchecked, let us go Malthusian and push for population control measures -- which is essentially a euphemism for institutionalized genocide.

--> Resources are limited, whether you accept them or not. It is a fact. One day has only 24 hours, not 100 or 500 or 1 million hours. Only 24 hours. We allocate our time among sleeping, resting, working, driving the kids to school, meeting friends or business associates, attending functions and parties, etc. within 24 hours.

Our monthly pay is limited, whether it is P10k or P100kor P1M or more per month, we adjust our personal and household budget and spending based on our limited average monthly income. 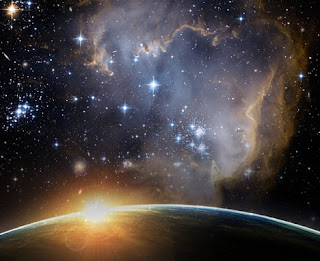 Because we accept that resources are limited, how in hell does the logic lead one to believe that I or any other person/s who believe in limited resources, go towards advocating Malthusian logic and genocide? This is like saying that "Because one accepts that resources are limited, then we should send a human space mission to explore Alpha Centauri and other galaxies outside of Milky Way in the universe." Really far out, really off-tangent. It's illogically funny, actually.

3. Nonoy’s archaic definition of economics is a system that is intended for animals, which do not have any idea of how produce but only squabble with each other about how to share in the economic pie as prey or predator. 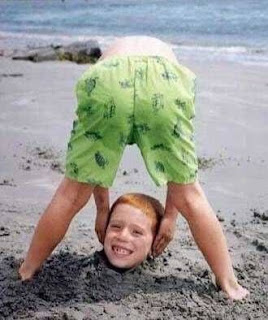 I have this feeling that when some people have marked you as a free marketer, and they hate free market philosophy and policies, then there is a tendency to attack many or all that you say. Even to the point of becoming illogical and sounding idiotic.

But then again, I like it when people self-destruct. The more they attempt to clarify their points, the more that they actually obfuscate and mudify their arguments. I enjoy seeing that. That is why I ask them to post more, to attack more my ideas.

Bring them on. They make my day.
Posted by Bienvenido Oplas Jr at 7:50 PM

Noy, I think there is a confusion of the nature of resources also. I mean, it is true that I (as you, too) have only 24 hours to live in a day. My 24 hours are personal to me, and cannot be transferred or "allocated" to anyone else. What I mean is that, I cannot give you an hour of my time, so that you would have 25 and I will have only 23. This type of resource is only truly mine.

But there are other resources that are not fixed and unallocatable. If I have a ton of ore, and I give you half of it, you will have half a ton and I also have half a ton. There is a difference in these two types of resources, see.

Going back to the unallocatable resources naman, this does not mean of course that my use of that resource - my time, for instance - can benefit only me. Of course it doesn't.

But when you make your arguments, it might be best if you distinguish between the type of resources that you are discussing.

By the way, we may not want to admit it, but you and I are products of socialism and "big government". There's UP, man.

I don't know where my comment is leading. I read your blogs.

Thanks Enrique. I think that all resources are limited, including the air we breath, the ocean, minerals under the surface, etc. Air is free because supply is unlimited, but only if we're on average land surface. If we're in high land surfaces like Mt. Everest type of mountains, we will have to buy air capsuled in oxygen tank. When one goes scuba diving too, air is zero, so air has to be bought in oxygen tank again, so the diver can breath.

The price of something is an indicator of how scarce and how limited the supply of a resource is relative to the demand.