I cannot allow this news report to pass without making a comment:

Nearly 300 more people a day died when freezing temperatures hit at the start of this month, new figures show.

A total of 11,193 deaths were registered in England and Wales bet­ween December 3 and 10, the Office for National Statistics has revealed.

This is a 21 per cent rise on the previous week, which works out at 282 extra deaths every day.

It has also emerged flu rates have more than doubled in the past week with children the worst-hit.

Flu cases in England and Wales rose from 33 per 100,000 people to 87, according to the Royal College of General Practitioners. Infection rates are highest among those aged five to 14, followed by those under four, then people aged 15 to 44. 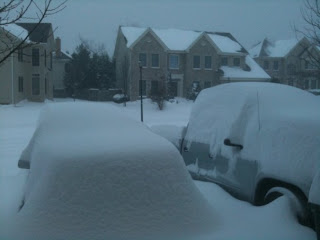 The warming fanatics keep scaring the public of the dangers of "man-made warming" when severe winter and cooling kills several thousand people per week, in UK alone. Government and private resources are focused on a warming world -- shorter winter, little or no snow, more drought -- when the opposite is happening.

The airline, tourism and various establishments in Europe are also reeling from huge losses everyday, running to several tens of millions of dollars per day.

Continued lies by the warming establishment is causing more unpreparedness, more deaths, to humanity. Do they realize the crime they are causing?
Posted by Bienvenido Oplas Jr at 4:22 PM