The 16th typhoon of the year in the country, "Pedring" (international name "Nesat") brought not only heavy rains but also really strong winds up to 120 kph. Click on these photos to see larger images. 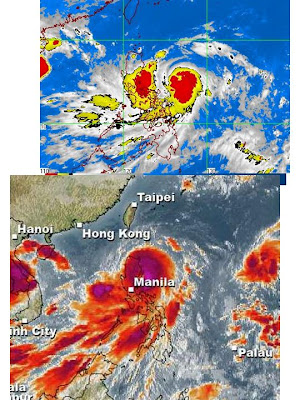 Here is the satellite picture of the typhoon, bulls eye on Central and Northern Luzon provinces, just north of Metro Manila.

As of this writing, at least 18 people have died, many dozens still missing -- mostly due to drowning or penned by falling trees or collapsed walls while inside their houses. Fatalities usually rise after the storm has passed as indirect effects -- diseases from dirty water, infected wounds and animal bites -- set in. 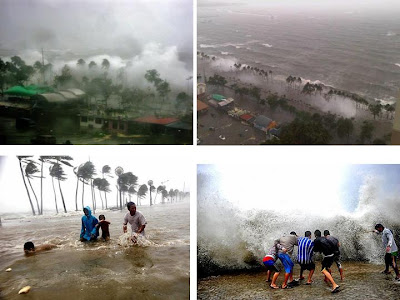 High and strong waves were able to penetrate the seawall along Roxas Boulevard. A combination of high tide + strong winds + sort of elliptical motion of the typhoon, caused waves to rise several meters high, tsunami style. 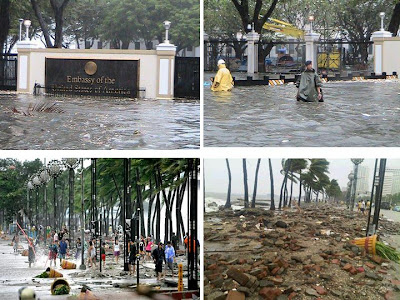 What the militant rallyists and communist activists cannot do -- entering the US Embassy without permission -- the seawater from Manila Bay brought up by storm surges + inland flooding -- were able to accomplish. 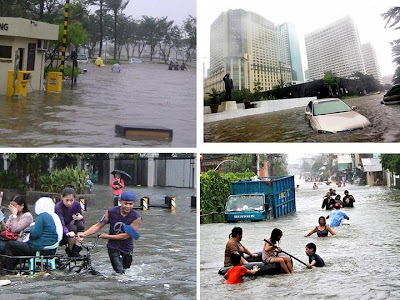 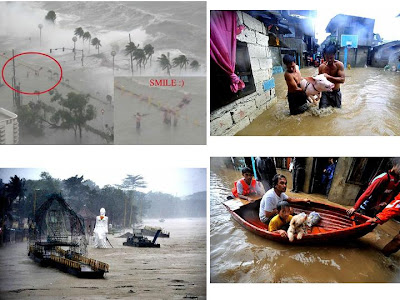 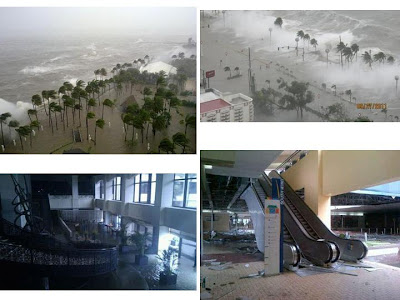 Poor Sofitel Hotel, definitely among the really beautiful (and expensive) hotels in the country. Heavy waves from the sea damaged its ground and basement floors, knocked out electricity, and all hotel guests have to be transferred to other hotels. 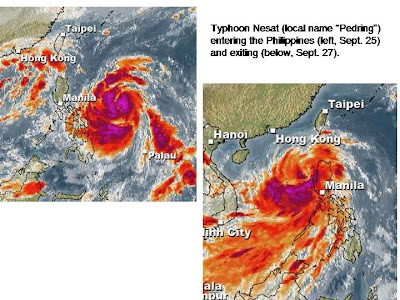 Satellite pictures of the typhoon as it was entering the country's landmass, and upon exit.

I really hope that there will be no idiots around who will boldly proclaim, "Man-made global warming causes less rains and more rains, less typhoon and more typhoon."
Posted by Bienvenido Oplas Jr at 11:47 AM