Lifestyle Diseases 4: The UN on NCDs

(Note: This paper is written by a good friend, Philip Stevens, previously with the International Policy Network in London, now a Senior Fellow at the Center for Medicine in the Public Interest in New York. He wrote this on the UN Summit on NCDs in NY this week)
-------

The UN is at risk of over-reaching on ‘lifestyle’ disease

After years of prioritising diseases of poverty such as HIV and malaria, the UN has finally realised that “non-communicable diseases” such as cancer, diabetes and heart disease are now the biggest health problem facing developing countries. That was the topic of a major UN summit in New York this week, where governments were to agree a global plan for tackling these diseases. For discussion were new targets and funding.

This is not the first time the UN has proposed a grand initiative to tackle disease. Although they are fading from public consciousness, in 2000 the UN created the Millennium Development Goals (MDGs), a series of global targets to reduce disease and poverty. Over a decade on, what lessons do the MDGs hold for this new generation of summiteers?

Those trying to influence the New York summit are convinced of the utility of measurable targets. "Without global goals or targets, this is not going to fly. What gets measured gets done," Margaret Chan, Director-General of the World Health Organization told a pre-summit meeting in April. The WHO wants the UN to agree to a target of 25 per cent fewer preventable deaths by 2025, and detailed targets covering everything from salt consumption to breast cancer screening.

The MDGs show the need for caution, particularly when applying targets to developing countries. In most such countries, the quality of health data is patchy in the extreme. Causes of death are rarely registered, and the incidence of diseases such as malaria is only vaguely understood.

This paucity of data made the MDGs meaningless from the outset, and almost useless as a mechanism to track progress.

Unfortunately, the same gaps in data exist for non-communicable diseases, forcing public health specialists to rely on forecasts and models, which give only a vague indication of the reality on the ground – hardly a sound basis from which to mobilise hundreds of millions of dollars.

Second, politicians too often succumb to the temptation to sign up to targets that sound good in the conference hall, but have little chance of actually being achieved. The MDGs fall into that category, with 48 of the world’s poorest countries totally off-track as the 2015 deadline approaches.

Other failed health plans include the Roll Back Malaria target of reducing malaria deaths by 50 per cent by 2010, and the WHO ‘3 by 5’ target of putting 3 million people on AIDS treatment by 2005.

These kind of catchy targets offer no real accountability, as there are no sanctions for failure – the health agencies simply move on, setting up a new target for a new problem. But continually missed targets can breed cynicism, undermining public support for global efforts to tackle poverty and disease.

Sadly, much has been wasted. A 2009 study by the WHO attempted to gauge the impact of the last 20 years of aid spending. While it listed some successes, such as increased diagnosis of tuberculosis and higher vaccination rates, it also found some U.N. programs were counterproductive because they undermined basic services and resulted in falls in domestic health spending.

The USA and its European allies are facing a massive debt crisis. As such, is it feasible to continue the old way of handing money to health ministries in developing countries in the hope that public health infrastructure will improve enough to deliver the treatments and interventions necessary to tackle diabetes, heart disease and cancer?

Instead of re-treading the old path of attempting to fund increases in capacity in local public sector health provision, why not try to harness the private sector, which already provides the majority of healthcare throughout Africa and Asia? Experiments have long been taking place using public money to provide access to quality private sector healthcare for the poor, via methods such as contracting and franchising.

Framed correctly, these partnerships can improve both the quality and capacity of health services, something that will be vital as the numbers of people suffering from non-communicable diseases grows. Without such bold thinking, the UN summit risks becoming yet another historical footnote.
------ 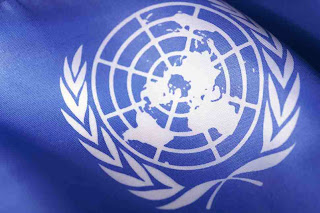 Can the private sector save the UN? John Holmes, the UN's top aid official, is said to include private companies in his search for contributions in an effort to close an estimated $3.8 billion gap in funding.

No, the private sector cannot and should not save the UN. The UN was a creation of governments, in fact a club of government leaders and international bureaucrats. If the UN is so useful, let the governments who created and benefit from it finance it.

The private sector have various schemes and avenues to help other less privileged people if they wish too -- humanitarian organizations, international social and civic groups, private foundations, etc.

The UN can survive on existing funding by governments if it will just focus on a few, important functions. When the UN spreads itself too wide and thinly, that's where the funding problem begins. Thanks to its international bureaucrats wanting to play hero far and wide but themselves are exempted from paying income and other taxes.
------