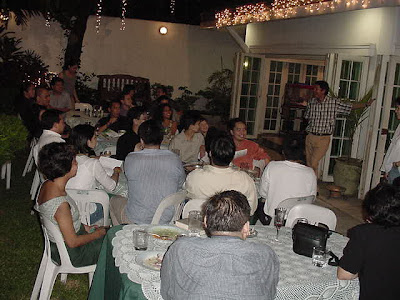 Me and a friend from UP Sapul, Monching Romano, formed it. It started with just a handful of our friends, probably 30 or 40. When the discussion group was formed, words spread out of the dynamic forum, and soon the membership expanded to 300+. Some of the articulate ideologues from the left to the far right mixed up to debate on many topics. 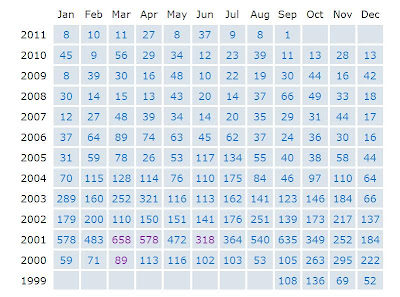 Here's the message history as of today. The heaviest postings and debates were in 2001. That's where Edsa 2 and Edsa 3 happened. There were many other threads that sparked heavy debates, sometimes 60+ postings per day. There were fireworks everyday including weekends for many months. 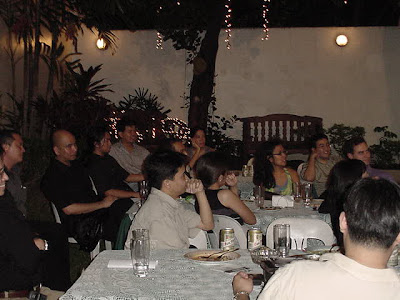 In April 21 or 22, 2001, a new friend then who enjoyed the debates so much, Sam Aherrera, invited the group for a get together in his house. I think it was the first big get together of PF then. 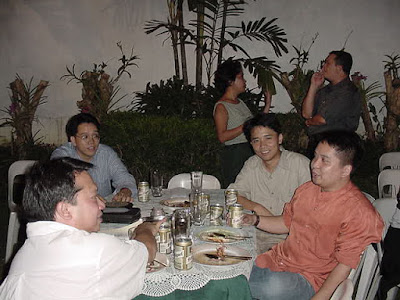 In one of those passionate discussions: seated, from left: Monching Romano, Bob Herrera-Lim, Erick Planta, Ozone Azanza. Standing were Victoria Suarez and Kori Coronel. There was no facebook then, not even friendster. Yahoogroups was the most popular discussion platform then, at least in the Philippines. 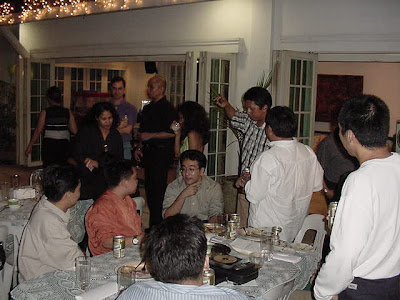 A mix up of discussions, the attitude lifted from the endless exchanges online. 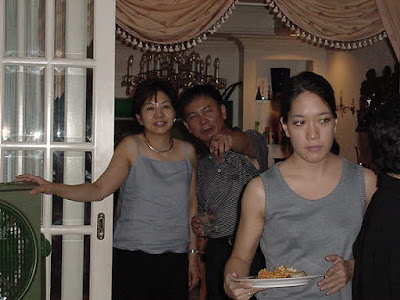 Sam, pointing, and wife Nabie, were the generous hosts that night. One of the articulate debaters then was Lourdes Gordolan, here walking. 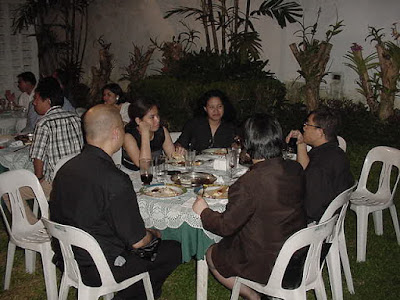 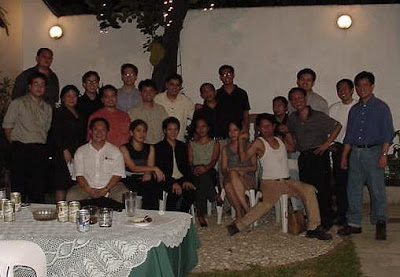 The group picture before the great goodbye for the night.

Twelve years on, many PF members and debates have new or different lives. People have changed jobs, have new careers, some have already expired and departed, others have permanently migrated abroad, etc. PF still exists until today, but no longer the same dynamic group. Well, there are many other discussion outlets now -- googlegroups, facebook, blogs, websites, etc.

To friends who gave PF such a wonderful history, SUPER-SUPER THANK YOU. Hope that our lives and friendship will cross path again.
Posted by Bienvenido Oplas Jr at 6:10 AM