Today is two years anniversary of typhoon "Ondoy" (international name "Ketsana") which flooded so many places in Metro Manila and neighboring provinces. And today, a wide typhoon "Pedring" (international name "Nesat"), this year's 16th tropical storm in the country, has dumped lots of rain in so many provinces from Region 5 (Bicol) all the way up to Regions 1 (Ilocos) and 2 (Cagayan Valley).

At this time about half of the 77 provinces of Thailand are under water. In Chiang Mai area there used to be flooding once a year. But since 2006 I noted that the flooding in there became something like five times a year. This year, I heard from one community in the lower north that they had suffered from flood already eight times this year.

Let me show a few graphs on the current status and projections of equatorial Pacific Nino region 3.4. Data from WUWT's ENSO page 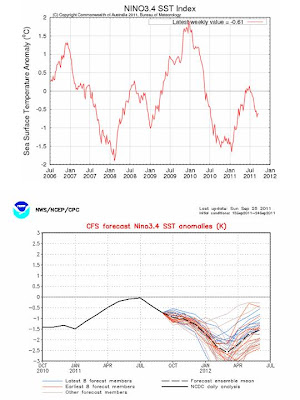 Lower graph shows projections of where the current La Nina is headed to in the next few months. Well, it's headed to more cooling, with a temperature anomaly of around -2.5 C (negative means "colder than normal") sometime around March 2012, 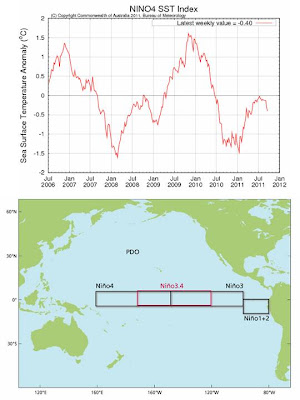 Upper graph is temperature anomaly for Nino 4, the region closest to East Asia. It's also showing a resumption of cooling after a brief pause a few months ago.

Lower graph shows where those Nino regions are. Same data source as mentioned above.

Next graphs below would refer to the overall Pacific Decadal Oscillation (PDO). Data are from WUWT's Oceanic Oscillation page

 Upper graph is from climate4you.com. The same trend of declining temperature anomaly is observed over the past 30+ years.

Lower graph is from US Department of Commerce's National Oceanic and Atmospheric Administration (NOAA), 1950 to present. The global cooling from the 50s to the 70s is clearly shown here.

The AGW literature and fiction says that as the planet becomes warmer and warmer, the occurrence of more extreme events like more tropical storms and typhoons will intensify. This is not shown in this graph. On the contrary, there is a decline in both number and ACE of tropical storms over the past few years.

So long AGW fiction. Nature simply dooes not show what you wish to see to continue your large-scale public miseducation and climate alarmism.
--------

Last March 03, 2011 I posted this text below. I am attaching some pictures during typhoon "Ondoy" two years ago.

I am re-posting here a short but wacky summary of the seemingly "irrefutable" laws of climate change by Steven Goddard. I regularly follow his blog, along with WUWT, Dr. Roy Spencer, and NTZ. 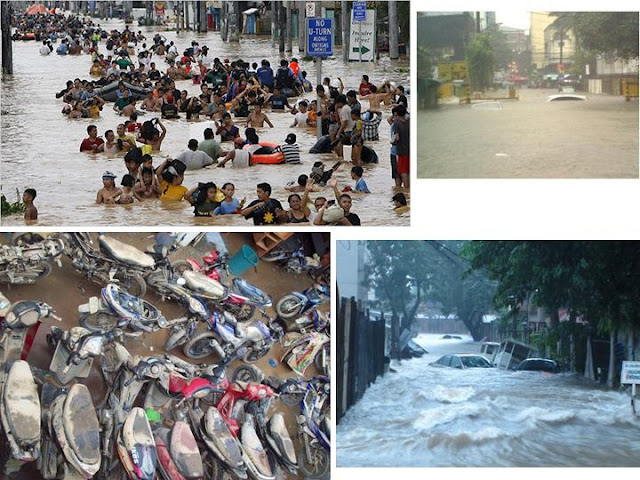 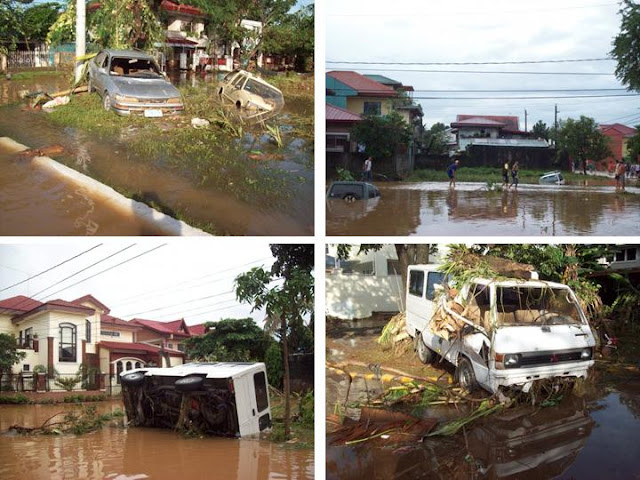 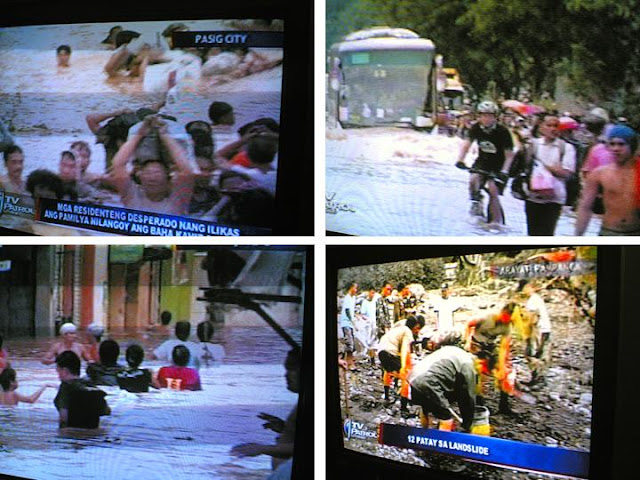 Important Laws Of Climate Change
Posted on March 2, 2011 by Steven Goddard
* Cold weather is not climate
* The US occupies a tiny fraction of the earth’s surface
* Hot weather in Moscow is representative of the planet
* If the present refuses to get warmer, adjust it upwards
* If the present refuses to get warmer, the past must become cooler
* GISS can always squeeze an extra 0.01 degrees out when marketing needs it
* Cold is just another manifestation of heat
* Whatever the weather is, the climate models predicted it
* Government funding is pure. Imaginary oil money is dirty 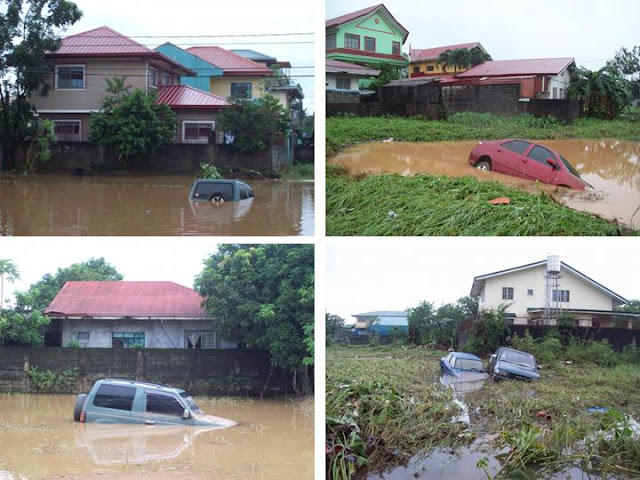