After Manny Pacquiao's loss to Juan Marquez yesterday, facebook and other social media was peppered with different opinions and observations by different people. I was at CCP yesterday watching my daughter and many other young ballerinas in a play, "The Nutcracker". Besides, I was not interested to see a live Pacquiao fight anymore. I just want him to be a boxer and an athlete, never as a politician and legislator at the same time. Since he chose to be both, my interest in him has waned although my respect for him as a boxer is still there. 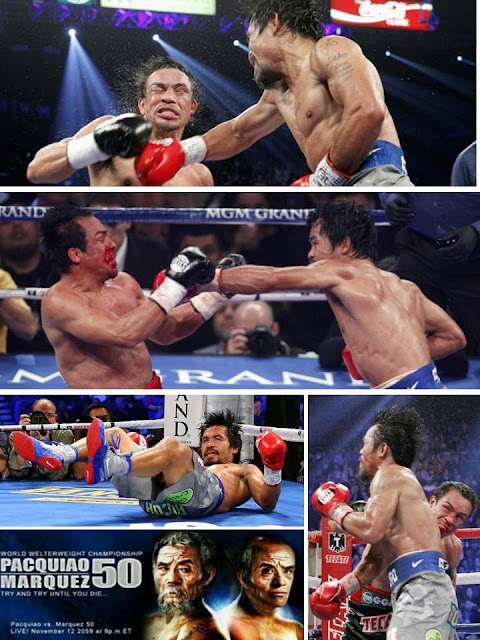 My favorite quotes from some friend's fb status:

* PACQUIAO LOST! Headline I want to see after an election, not a boxing match.
* Pacquiao should not quit boxing to concentrate on politics. Rather, he should quit politics to concentrate on boxing
* Ayaw ko na mag boxing, planking na uso ngayon.

And more funny comments from other friends after this:

I added, "Nag-change kasi ng religion si Pacquiao kaya natalo. From the religion of Boxing/athleics and fierce competition, to Politics and fierce populism.
I have long wanted him to lose in all of his political pursuits so he can focus on his boxing and athletic career, so I was happy that he lost in the 2007 elections, he kept winning. Then he won in the 2010 elections, and that's where his slow or sub-optimal fights started."

Manny, if you wish to become a top notch boxer, to remain being a very famous international athlete, quit being a politician, quit being a legislator. As an international athlete, you need to practice a lot, taking up many hours a day of body-battering physical exercises. So you need lots of sleep, lots of rest. As a politician, you get invites everyday and every night to different events and parties, and your political supporters expect you to join them. Even if you give in to just one fourth of those multiple invites, it's still a lot, and you will have less time to practice, less time to sleep. And you will become slower in the ring.

My high respect for you as a boxer and an athlete. My low respect for you as a politician. You cannot excel in both worlds. Boxing and sports is all about fierce competition and utmost personal discipline, you have to deprive yourself of many worldly concerns like endless partying and drinking. In politics, it'smostly about populism and various worldly concerns like endless partying and pandering to the most rent-seeking, most opportunistic voters and fellow politicians.

You lost the fight with Marquez yesterday. I hope it will be a convincing call for you to quit politics if you intend to stay fighting in the ring for the next few years. You entertain much much more people worldwide as an athlete, not as a local politician. You can help the poor more by being a world class athelete than by being a taxpayers' funded legislator. Many poor people want inspiration to succeed in life, more than money dole outs or by making them dependent on government subsidies. Besides, you are only 33 years old, Marquez  is already 39 and he is able to keep himself in top, competitive  form. 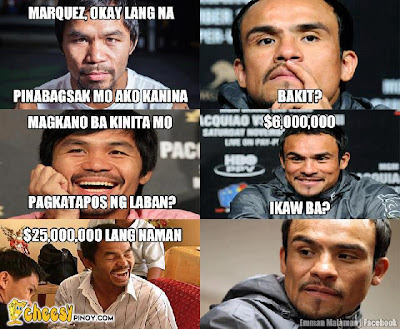