This is my article yesterday in TV5's news portal,
http://www.interaksyon.com/business/49318/fat-free-economics--fearless-forecast-up-to-7-percent-growth-for-philippine-economy-in-4q
-------- 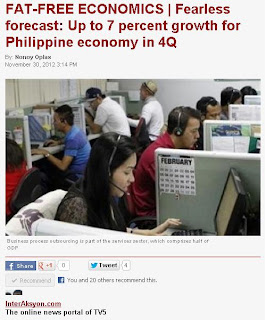 The question is, will this be sustained at least over the short run? Before answering this, let’s look at the sectoral composition of GDP to get an idea of their relative weights over the past several quarters.

The share of the agriculture, hunting, forestry and fishing (AHFF) sector continues to shrink, with only 10 percent of GDP. The industry (IND) sector also follows this trend but at a slower pace than AHFF. The manufacturing (MAN) sub-sector accounts for slightly higher than one-fifth of GDP.

It is the service sector (SER), particularly the trade and repair of various goods (TR) that continues to dominate the local economy. This implies that high growth in services, which constitute 58 percent of GDP, would mean faster overall GDP growth, even if there is slow growth in agriculture and industry. 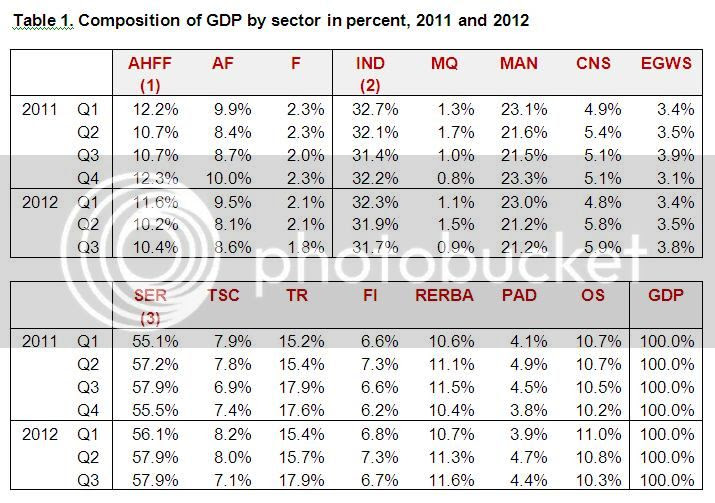 Table 2 details growth by sector and sub-sector of the Philippine economy this year. Note the consistent drop in the share of fishing as well as of mining and quarrying this year.

The series of heavy flooding experienced in many provinces this year that damaged many aquaculture farms must have contributed to the shrinking in the fishery sub-sector. While the uncertainties in the mining sector, first with the major attacks by NPA rebels of several big mining companies in Mindanao, then the uncertainty over government policies contributed to the shrinking of this sub-sector. 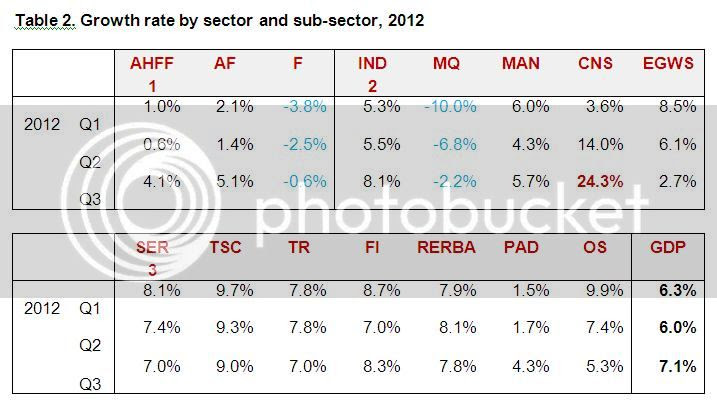 The consistent growth in the service sector plus its relative weight in the overall GDP is the main explanation why third-quarter GDP growth was high. Take note that the growth in all sub-sectors, except in public administration and defense, was consistent.

With this development, any fear of “boom and bust” in the short term is unwarranted. It is more of a modest boom at least in the next few quarters. The notable growth in the stock market points to a possibility that a 6-7 percent growth in the fourth quarter this year is in the cards. 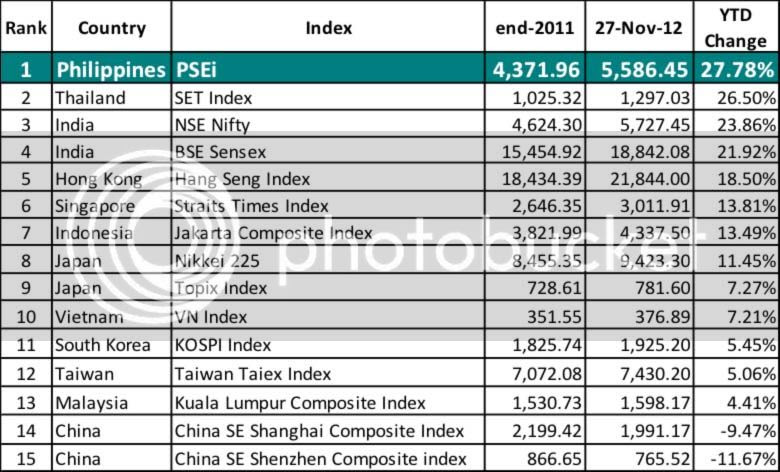 Source: Hans B. Sicat, The Philippines Stock Exchange Inc.: Regional Integration of Financial and Capital Markets in the ASEAN as presented at the 37th FAEA Annual Conference, November 29, 2012 held in PICC, Manila.

Things appear to be bright and sunny in the Philippine economy, at least in the short term. There are external factors that contributed to this development, particularly the high uncertainty in the business environment in both Europe and the US as a result of their huge public debt burden, resulting in some investors fleeing those markets, and putting their money in the Philippine economy.

Certain internal reforms towards promulgating the rule of law, more protection of private property rights, and a credible justice system should be continued and sustained so the Philippines can secure its future.
--------