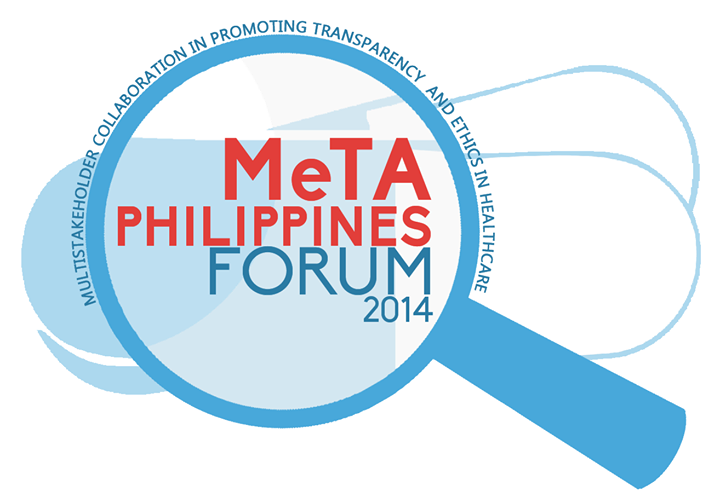 In his brief speech, Dr. Tim Reed noted that "Multistakeholder engagement is clearly achieved in this forum" as the participants come from different sectors and agencies -- government, corporate and industry players, and civil society organization. 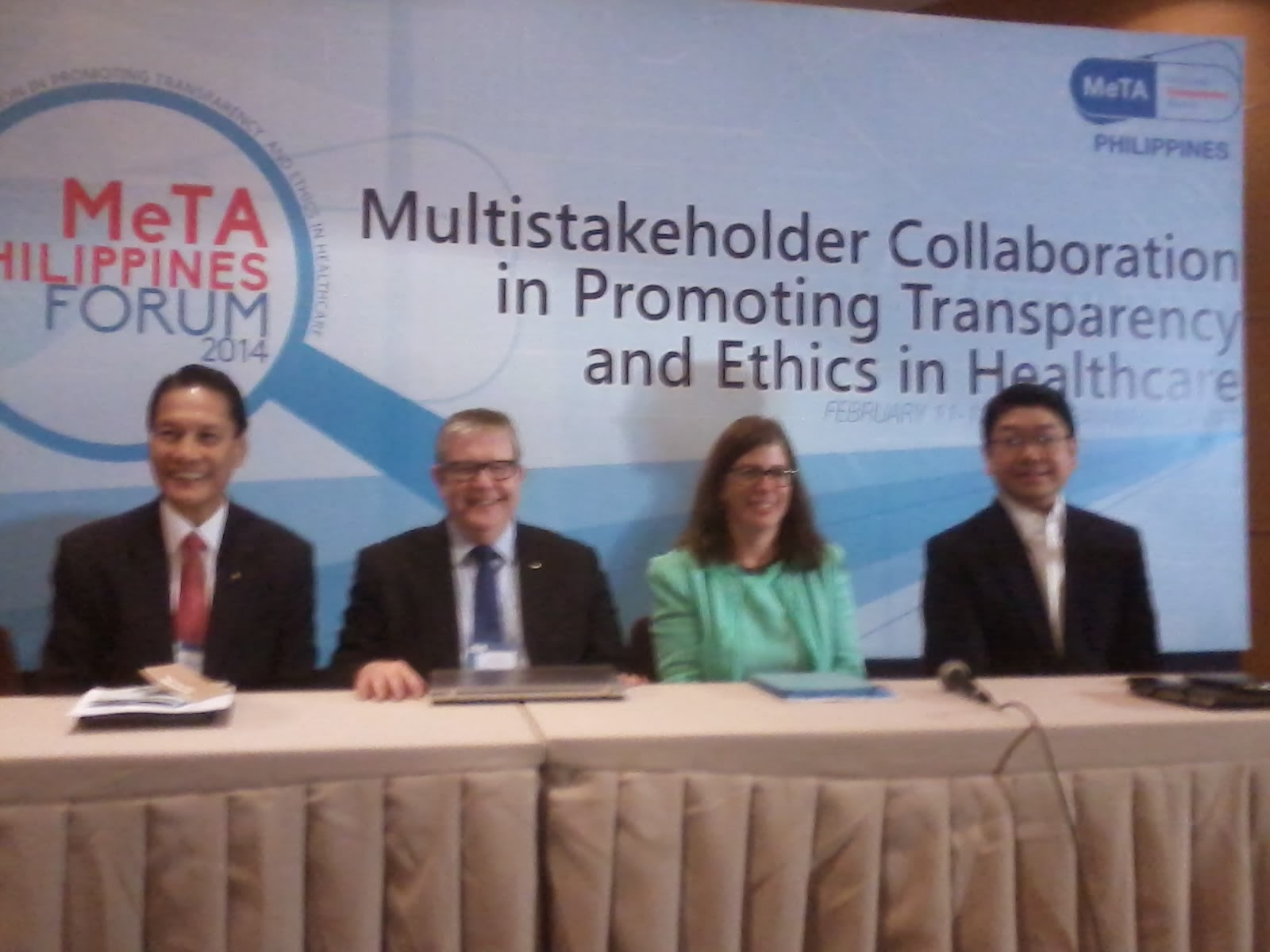 Dr. Art Catli of the Pharmaceutical and Healthcare Association of the Philippines (PHAP) introduced Dr. Tranquilino. Said that the latter is a very popular, well-sought speaker, giving countless speeches here and abroad; that he is a "terror" teacher at UP; a workshorse, a researcher who has published dozens of academic articles, an ambassador of good will.

Dr. Tranquilino disclosed his past and present engagement in the pharma industry, most of which were with the innovator companies. He started discussing "striking a balance" between innovation and government regulations.

Medicines save lives, but developing new medicines now take 11-15 years out of 20 years total patent period. Many compounds that were originally discovered and were patented do NOT become medicines, if they do not pass the various clinical trials for safety, efficacy and other criteria. In the last decade, there was dying of pipelines of new revolutionary drugs, resulting in more mergers and consolidation of big pharma companies.

The Mexico City Principles (MCP) for voluntary codes of ethics of businesses especially in biopharmaceutical sector was adopted by APEC member countries to help reduce corruption, bribery, and at the same time protect public health. 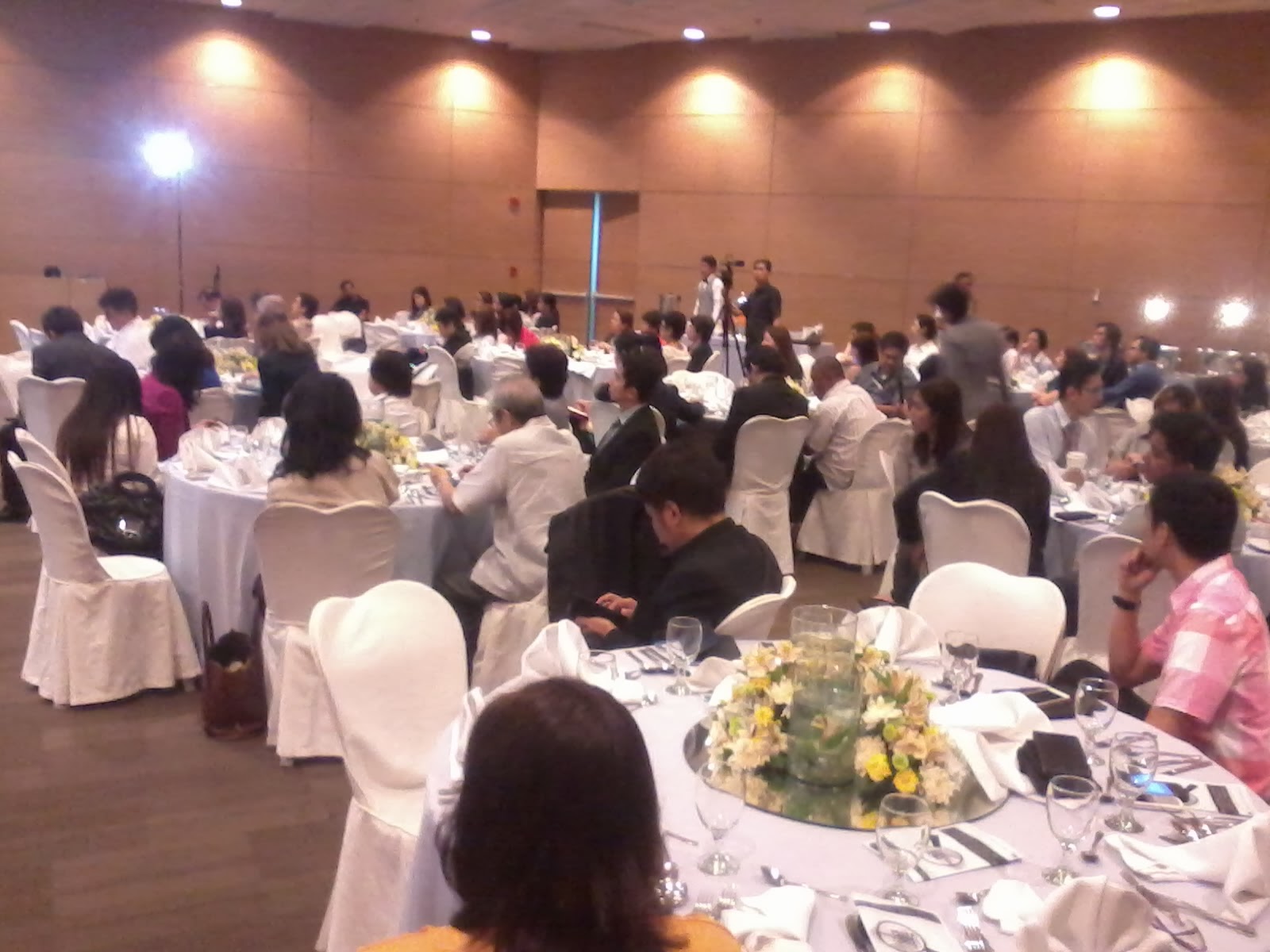 The next session was on “Multistakeholder advocacy for adherence to the MCP”. The speakers were, from left: Tomas Marcelo "Beau" Agana, Past President of the Philippine Chamber of Pharmaceutical Industry (PCPI), the federation of domestic or national pharma manufacturers and drugstores; Teodoro "Ted" Padilla, Executive Director of PHAP; Atty. Florina Agtarap of the Department of Justice (DOJ) Office of Competition; Dr. C. Diza of the Food and Drugs Administration (FDA); and Dr. Melissa Guerrero of DOH National Center for Pharmaceutical Access and Management (NCPAM). Moderator was Yolanda Ibarle, MeTA Project Director.

Dr. Guerrero said that there are ethical issues in government processes, they have to address those upfront. She hopes that MeTA Philippines and its multi-stakeholder partners can help the DOH urge the local government units (LGUs) abide by DOH rules on the selection of suppliers, truthful procurement of medicines. 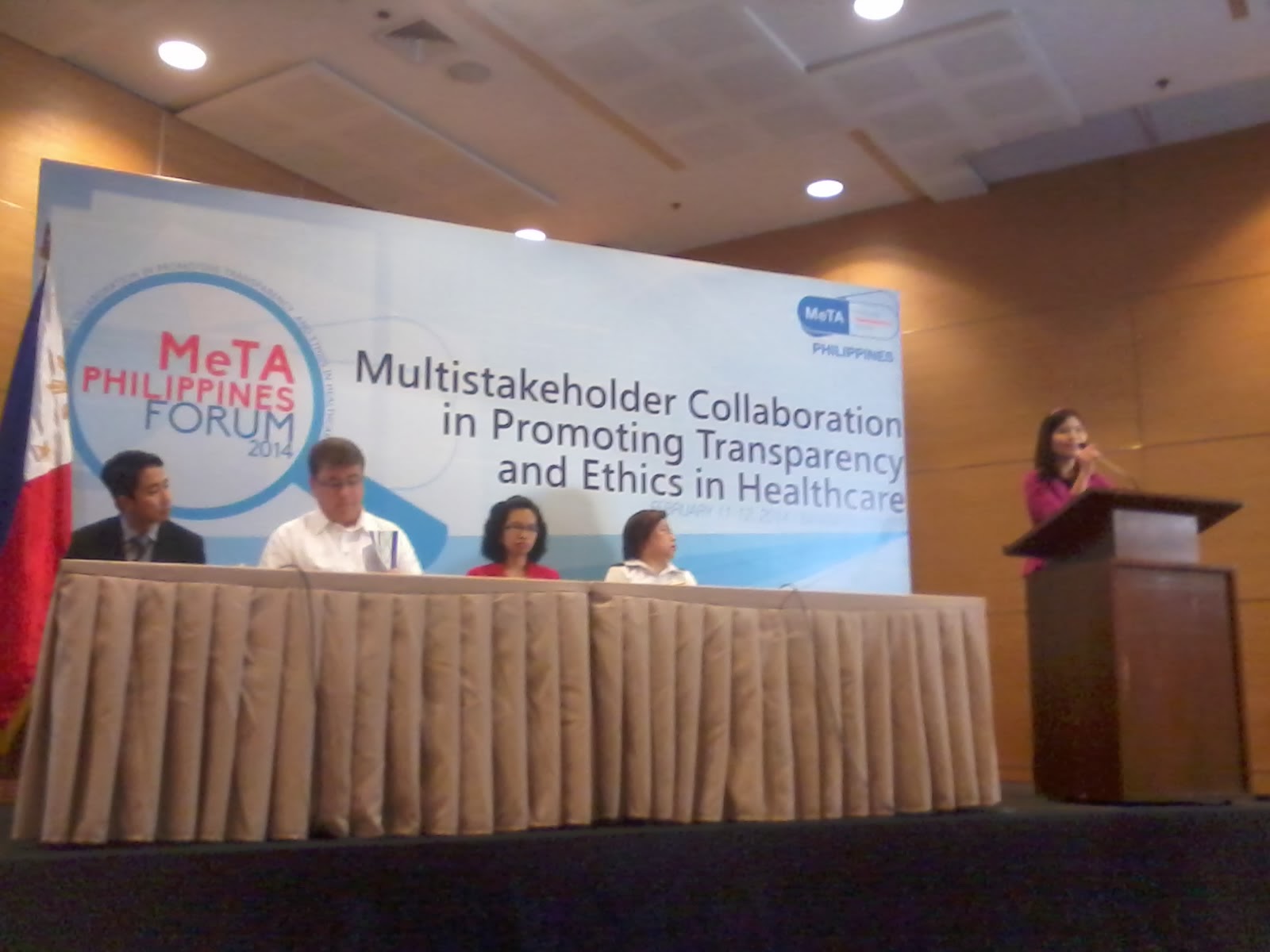 Dr. Diza said that FDA will hopefully develop guidelines or an Administrative Order (AO) specifying what needs to be followed from the MCP.

Beau Agana of PCPI talked about their draft Code of Ethics, an APEC workshop for voluntary code of ethics in 2012. Relationship building becomes problematic in pharmaceutical marketing under information asymmetry condition, he said. Code of Ethics will temper maximizing personal interest of doctors and other 3rd party decision makers, and prioritize patients' interests. He added that  patients have started to turn to pharmacists, not their doctors, in their medicines purchase. 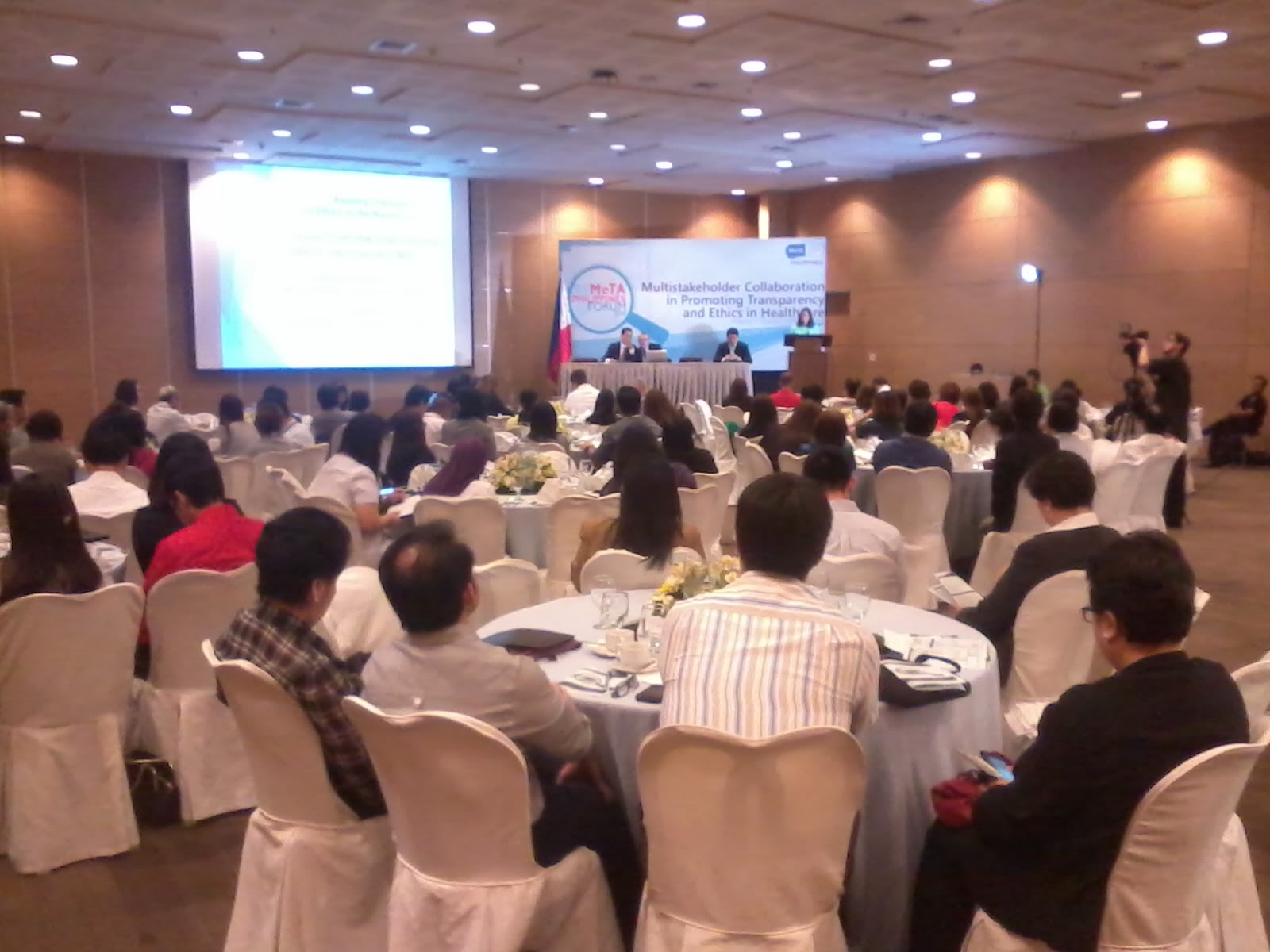 Ted Padilla of PHAP said that they have their Code of Ethics early, that penalties are imposed on  violating member firms and personel. Monetary sanction, a fine, is more effective in tightening behavior. Transparency is essential, there is no substitute to being transparent and honest, and medical decisions must always be made with the best interest of the patients, he added.

During the open forum, some concerns were raised regarding the procurement process and practices of LGUs, not only of medicines but also medical supplies, equipment and facilities.

My main concern in being involved in topics like this is how civil society and voluntary organizations will have greater role in promoting transparency and competition in the economy. Very often, self-regulation by industry players themselves are better than government regulations, restrictions and politics. Manufacturers, wholesalers and retailers who sell only good quality products because they have concern for their customers, or because they are scared that they will be scandalized if their products are discovered to be unsafe and/or ineffective.
-----------