Below are three of the various short poems and septons by a friend, Dr. Amado “Bong” Mendoza of the UP Political Science Department. Posted yesterday and today, reposting them here with his permission. My short comments after each poem.
------------

for leaders, what's the recipe?
mix vision and charisma?
courage and resolve?

no equilibrium in sight
we should eventually learn
to lead ourselves.

Right Bong, but anarchy to mean "zero authority" and "zero government" is a pipe dream, a fiction. I like the example of many village associations. They provide roads/drainage/flood control construction and maintenance, garbage collection, street lighting, security, fire truck/control, village park and multipurpose hall, etc. They have elected officials with term limits, have appointed or hired staff and bureaucrats. They have their own internal revenues like the annual dues, car sticker fees, household ID fees, etc. It is one classic case of self-government, minarchy, and it is working. People who are not satisfied with how the village fund and security is being managed, can move out and go to another village, or plot to change the leadership of the village.

(2) why do we obey so-called leaders?
t'is the key question in political philosophy

They're elected, they're the best
men of virtu
slaves not to fortuna's
shifting fickle tides 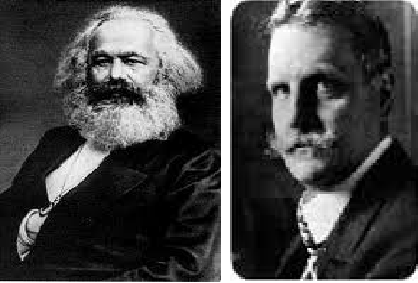 Karl Marx said they owned us
Robert Michels declared
They do what we can't do, daily, 24/7!

We obey so-called leaders because we are forced to do so. There are laws, armed forces and prison system by the state that forced us to obey them. True democracy should mean the least coercion. Someone thinks he's got a very bright idea. In a democracy with least coercion, he should be able to finance it without coercion, and not forcing me and you to finance his bright idea. The fact there it needs coercion and legislation means that 99 percent, it is a stupid idea.

(3) what's a CAP?
collective action problem
there's one when people
do not help each other
constitute a community

why this behavior?
we do compete or cooperate
the stronger instinct seems to be
consistent with our best lights.

Collective action is often hidden, especially from the eyes of central planners. Some people focus on producing or spreading knowledge, they do not produce a single kilo of food. Some people produce food, they contribute little or nothing in producing knowledge. They exchange somewhere, the knowledge producers have food, the food producers have knowledge for them and their kids. There is collective action there, and it benefits humanity.

Posted by Bienvenido Oplas Jr at 11:53 AM