There are a number of good trade data on Asia-Pacific free trade agreements (FTAs), from an Economic Research Institute for ASEAN and East Asia (ERIA), Discussion Paper ERIA-DP-2013-02,  “Taking ASEAN+1 FTAs towards the RCEP:  A Mapping Study” by Yoshifumi FUKUNAGA and Ikumo ISONO . Thanks to Aiken Tafgar for the heads up.

One such data is this. 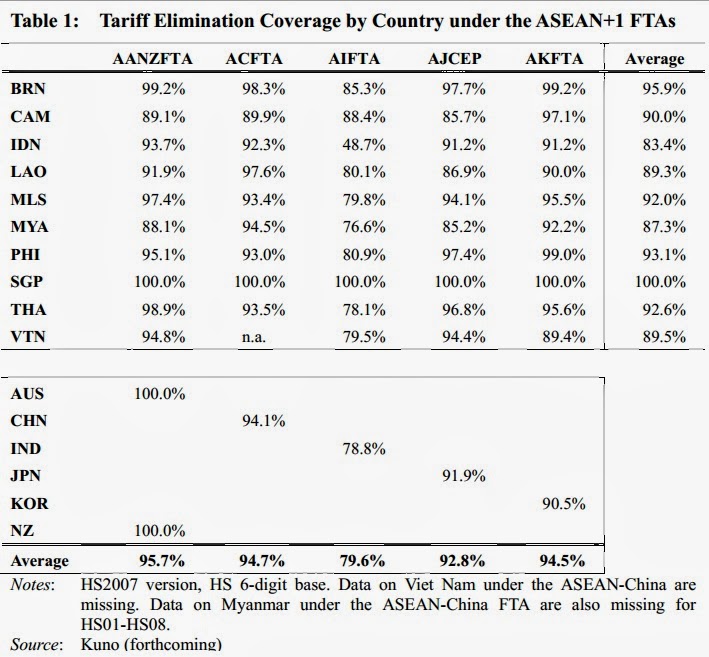 So aside from ASEAN + 3 (CJK) and ASEAN + 6 (CJK + I, A, NZ) multilateral FTAs, there are bilateral FTAs with ASEAN taken as a bloc or one economy. 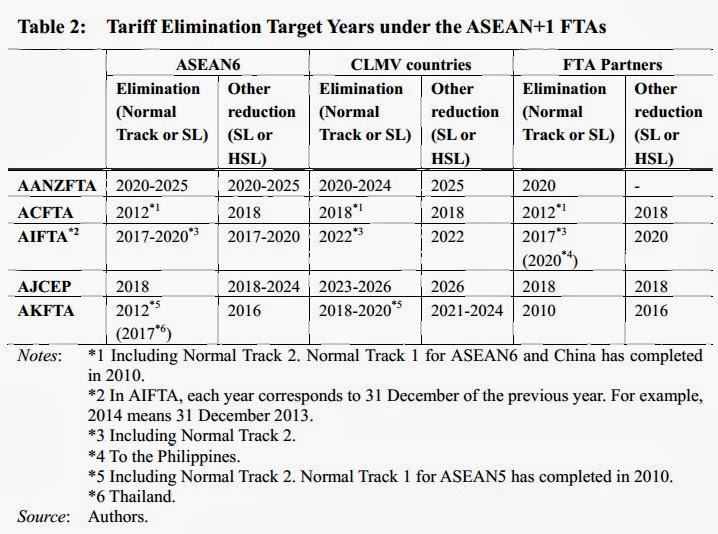 Indonesia protectionism is still high; India too, and surprisingly, Malaysia too. Here's another table, when or what year they intend to have zero tariff (ie, 100% trade liberalization with their bilateral partners). CLMV means Cambodia, Laos, Myanmar, Vietnam, considered 4 "laggards" in trade liberalization, although Vietnam does not appear to be a trade "laggard" these days.


Below, more revealing data on protectionism hidden under "depends on FTA" Case example is Indonesia. Wow! It should be CLMI (cambodia-laos-myanmar-indonesia) instead of CLMV. Not to mention the many non-tariff barriers. 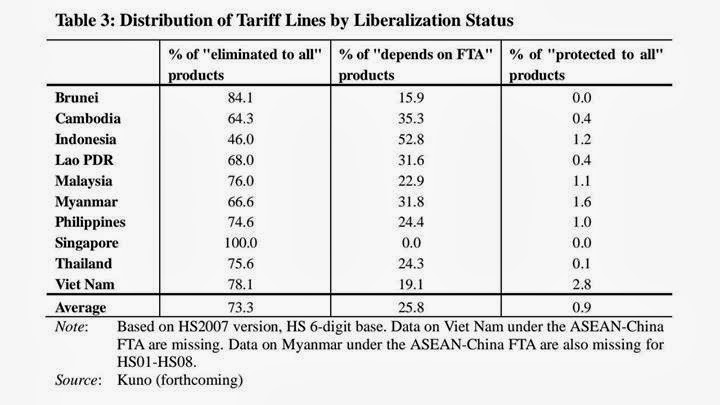 Many protectionist groups often cite the north-south or rich-poor countries divide in opposing free trade policies, but what if the trade issues concern our neighbors in the ASEAN? Or other Asia-Pacific countries like India, Korea and Australia?