The China communist government is reeling again, not just from Trump challenge at the WPS/SCS but this time at his announcement yesterday of 25% tariff on $200 B of China exports starting this Friday. The CN economic bubble will burst big time? 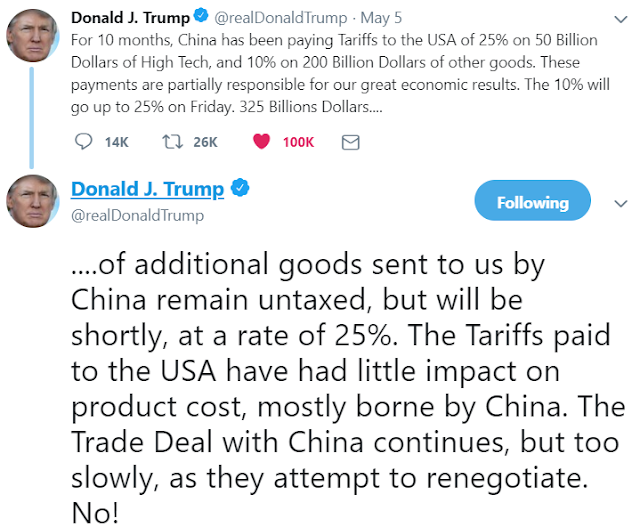 I was expecting that many Trump-haters would jump on this. NOT because they have suddenly become free traders and zero tariff advocates, but because they want to further pacify the CN Communist- protectionists. And they wish that beloved Obama-Hillary team will do that continued pacification. Seems they were silent on this.

Only Trump can do this. His balls are a lot sturdier than the balls of Obama, Biden, Sanders, etc combined. He challenged Russia, Saudi and OPEC who want high world oil prices by cutting their combined output, Trump deregulated US energy policies to help jack up US oil and gas production. He challenged global ecological socialism by the UN and big environmentalists by pulling out of Paris Agreement. He challenged NATO countries that they should send their billions of $ yearly for their own protection in Europe. Now he's directly confronting China communist protectionists. 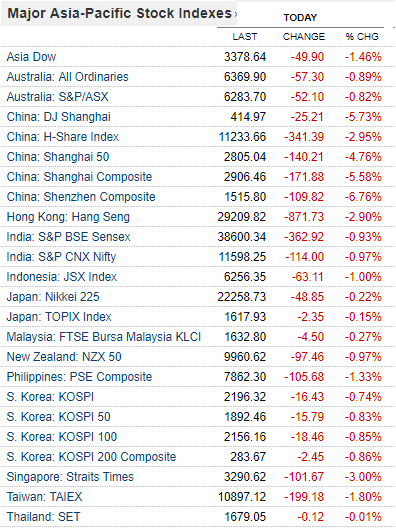 Then the censorship and media blackout by the Beijing government.

"Posts and stories about Trump’s twin pronouncements were deleted from Weibo, according to Weiboscope, a project backed by the University of Hong Kong that tallies deleted posts and censored words on the Twitter-like service. And several users reported that attempts to post screenshots of the American leader’s tweets to Tencent’s WeChat were blocked."