Russia top exports, US wars, and US-Russia conflict over Ukraine

Russia's main exports are energy products -- oil and gas, plus coal. Not bombs, missiles or jetfighters. 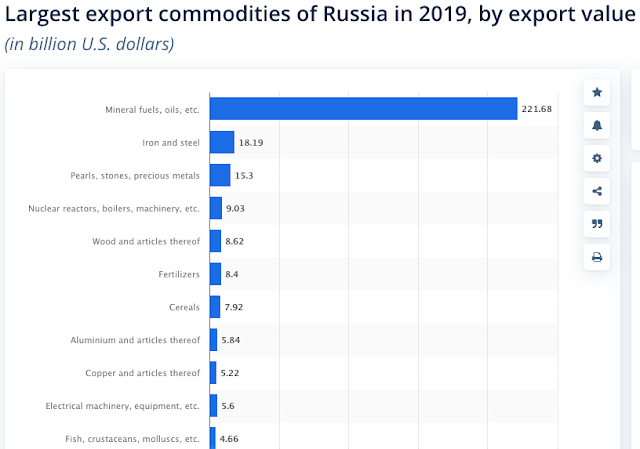 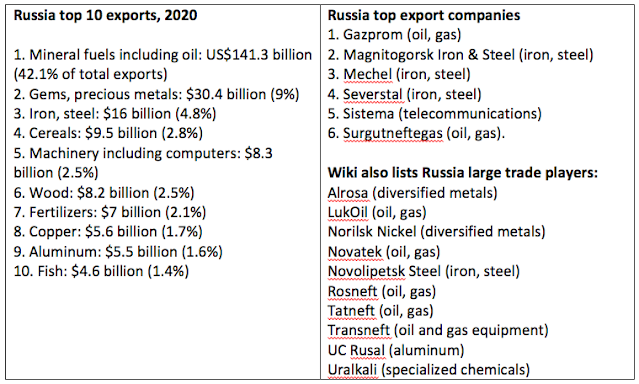 The US invaded Afghanistan in October 2001 after the terrorist attacks in the US in 9-11. The Afghan war goal was to "fight/defeat terror." After 20 years in 2021, terror was not defeated and the US hastily left leaving huge number of planes, tanks, humvees, etc.

Then in 2003 the US invaded Iraq to remove Saddam's "weapons of mass destruction". No such weapons found but instead of packing away, US stayed, nearly two decades now.

Trump promised during the campaign in 2016 on ending "endless wars", but somehow he was not able to pull out US forces from these two countries. He instead successfully initiated the "Abraham Accord" -- the US-sponsored Israel-Bahrain, Israel-UAE, and Israel-Morocco peace accords, in 2020. Last time there was Israel peace accord with any Middle East country was the Israel-Egypt peace accord in 1979. So after 41 years. Also, no new war under Trump.

With the US losing Afghanistan and Iraq wars, perhaps the US government and military/defense agencies, and US private defense companies (aka "military-industrial complex") just want another war. Why, perhaps to keep their pockets fat again. In Taiwan vs China, and in Ukraine vs Russia. Biden is so concerned about the Ukraine border with Russia but not so concerned with US border with Mexico with million plus illegals successfully crossing the border.

Good pacification moves are done by European mainlanders themselves like France and Germany. The war freaks are outside the mainland, like Australia, UK and US (AUKUS).

Last year, the US government and allies big media been talking about Russia invasion of Ukraine, fail.

Meanwhile, where are the Nobel Peace prize awardees? Why not speak up loud vs endless war mongering? Are they being warned by the Nobel Committee to shut up on this?
---------------