I am reposting this article from the Property Rights Index (PRA, Washington DC) last year, about the launching of IPRI 2015 in Kuala Lumpur that I attended. The photos I added and not part of the original PRA article.
-----------

The 2015 International Property Rights Index (IPRI) was officially launched this morning in Kuala Lampur, hosted by Wan Saiful Wan Jan, Director of Southeast Asia Network for Development (SEANET). Today featured an introduction to the IPRI given by the Executive Director of the Property Rights Alliance, Lorenzo Montanari, followed by a presentation on this year’s findings by the 2014-2015 Hernando De Soto Fellow, Prof. Sary Levy Carciente…. 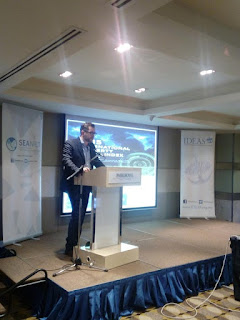 “The 2015 IPRI emphasizes the necessity of property rights for creating a free market and driving economic growth” said Lorenzo Montanari, Executive Director of the Property Rights Alliance, “but we also recognize that property rights are first of all a matter of human rights. Property rights are directly related to the values and principles of individual liberty. The special case studies in this year’s edition demonstrate the importance of property rights for women and the poor in developing countries. This year data was available in countries where it was previously not, which is a good sign for future improvement. There are now 129 countries included in the analysis, up from 97 countries in last year’s edition. Countries that had strong property rights systems experienced significantly higher GDP per capita. In the EU, for example, IP accounts for 26 percent of employment and 39 percent of GDP. Societies undoubtedly achieve greater societal development by protecting property rights of authors, entrepreneurs, artists, innovators and inventors.”

There was also a presentation from Ganesh Muren, founder of Saora Industries, a Malaysian Innovative Social Enterprise that specializes in delivering safe and clean drinking water to rural and marginalised communities. Saora has innovated a proprietary solar powered water purification system that is able to purify any surface water (e.g. river water, rain water, pond) to safe clean drinking water through nanotechnology. The competitive advantage of Saora is their intellectual property. They have developed proprietary nanotechnology that replaces the usage of UV light to kill and eliminate bacteria and viruses. The affordability of this new technology developed by Saora makes it appealing and reachable to the poor, those at the “bottom of the pyramid”. 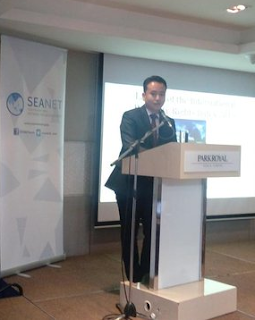 Mr. Burhan Irwan Cheong, Malaysia’s Lead Negotiator for the IP Chapter, Ministry for Domestic Trade, Cooperatices, and Consumerism, presented on the Intellectual Property Chapter in the TPPA and how it will implement a fair and transparent patent system in member countries. Young entrepreneurs like Ganesh Muren is a perfect example about how the TPPA will contribute to protecting the patent on his water purification system. Without the certainty of the rule of law, innovation does not exist. 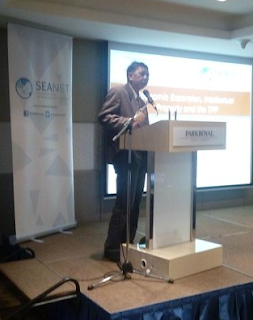 Lastly, Bienvenido Oplas Jr., President of Minimal Government Thinkers in the Philippines and a SEANET Senior Fellow, presented his economic analysis on the benefits of the TPP for trade. His extensive research showed that if the Philippines joins the TPP, exports are expected to rise 48 percent and real GDP will increase 61 percent. He also spoke regarding the importance of property rights to maintain order in society, while debunking the myth that IP hurts public health, proving instead that government taxation of medicine is the real problem.
------------

Afternoon of that day, Dr. Sary Levy was interviewed in Bloomberg TV Malaysia, live. The place is outside KL proper. 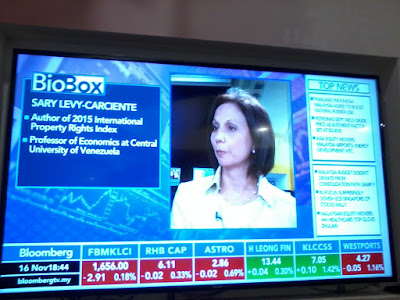 The interviewer was a pretty and very articulate lady. 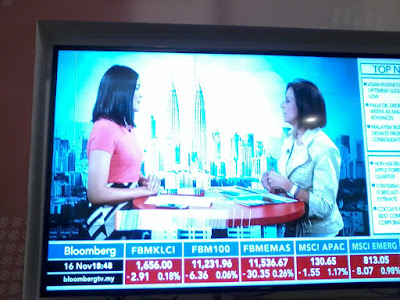 Among the footages shown while Prof. Levy was speaking. It's Wan, the CEO of IDEAS and Director of SEANET. 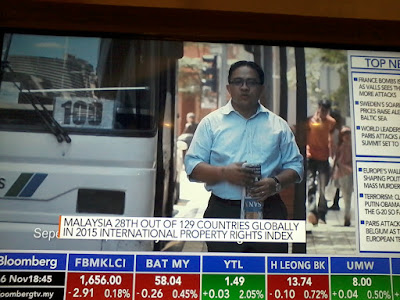