One of the central arguments of the "man-made warming" claim is that the recent warming was "unprecedented", and the recent and current cooling and flooding are "unprecedented". They have no precedents in the past, they happen only now or recently, as the planet is getting warmer, weather disturbances are getting more extreme and more frequent. Are they? 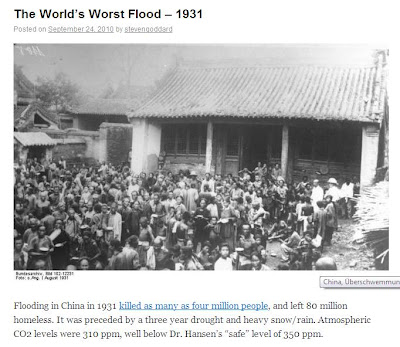 Flooding in China in 1931, up to four million people died + 80 million homeless. 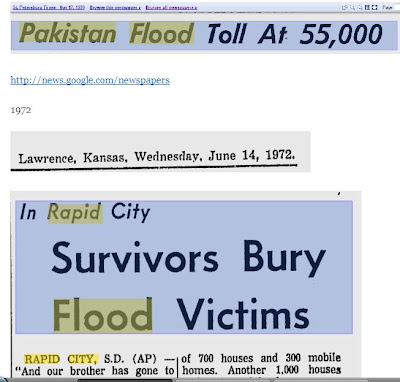 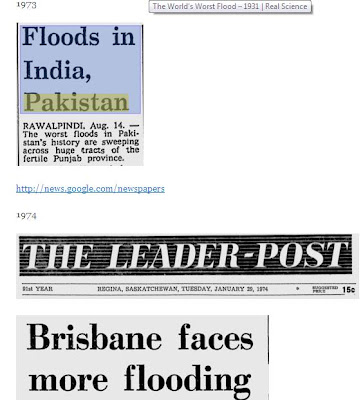 In 1973, severe flooding in India and Pakistan.

In 1974, heavy flooding in Brisbane, Australia. 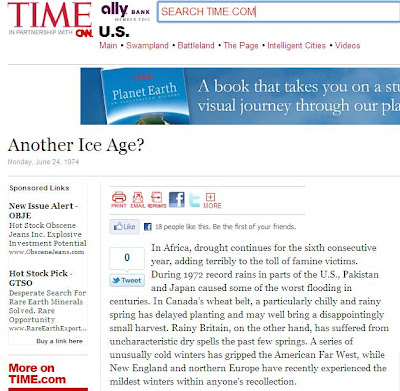 I've been trying to explain these facts to the alarmist crowd for years now, nothing is new on the surface of this planet, it's been happening for eons and AGW isn't the cause of anything untoward.
AGW is accepted by the IPCC's happy band of pilgrims, as causing an approximate 0.56ºC (less than 1ºF) of warming since 1850, but that isn't confirmed by any scientific paper, in other words, it's a guesstimate.
-
Flooding is far from unprecedented, either in volume or frequency and the same applies to all other major weather events and sea level rise too.
We all have access to historical weather events, so instead of bemoaning the possibility that we're living in a new age of catastrophic weather, just google the history of whichever event is being touted as new.

Thanks Jargon. We're dealing with fanatics here. Regardless of what the climate data show, or what past news reports show, they will insist that we should accept their agenda of global ecological socialism and dictatorship "to save the planet."