These days, there are lots of media and political noise in the country about the Spratlys and "China bullying" issue. Two of my friends in facebook posted the Inquirer report today, China to neighbors: Keep out of Spratlys; Stop search for oil, sans permission, says envoy in their wall. I made this quick comment in their respective walls:


China is now the world's biggest lender country, the US now the world's most indebted country. China reserves of US treasury notes (ie, public debt) alone is at least $1 trillion. Who wants war in this country, because of those far away islands and islets? HK and Singapore are laughing at the Philippines, possibly at other claimant countries aside from China. Singapore land area is almost 1/2 that of Basilan island, and Singapore GDP size is larger than the Philippines, and possibly 100x that of Basilan provincial GDP. And here is a poor country Pinas who cannot even develop Basilan, much less other islands and provinces in its own undisputed territory, singing some war dance (aka more taxes for the military), wanting to extend its "power" over far away, very small islands, in disputed territories. Who are the spin doctors behind this idiocy?

A friend made a quick reaction to my post above: "US wants to get in. China wants US out. PH wants US in."

I think that China will laugh at the US when it comes in. The US cannot even engage for long a small enemy with oil, Gadhafi of Libya. The US cannot even exit gracefully in Iraq now; it cannot even defeat the Talibans in the caves and mountains of Afghanistan after it entered that country in 2001. And it cannot even find a way to cut its $1 trillion a year budget deficit (Federal government deficit alone). And we expect that it will want to adventure for long in the South China Sea? What for, oil? They already invaded Iraq for oil. What else, for tuna and blue marlin?

There were three comments in a friend's wall that I like.

1. This administration I understand, is tinkering with the idea of buying second hand goods to beef up the military. Laughable. The way the AFP is performing, it is better to abolish them altogether. Better to act helpless than pretend we have strength which nobody will believe. Better to channel he scarce resources in improving public education. -- Luwi

3. We should forge a military alliance with China. With most of Filipinos having Chinese lineage even with the most mestizo looking once, China can be our protector, and we can develop. -- Ceferino 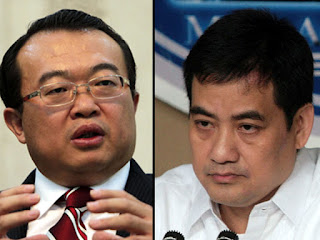 1. Is there any brewing scandal at the Office of the President or other big agencies in the Philippine government, and people's attention are diverted now to the Spratlys issue?

2. Are the few but powerful thieves in the government, so hungry with more tax money, they ramp up the Spratlys and China issue? Note that the 2012 budget will be submitted to Congress in late July or early August this year.

3. Is China so angry at the planned debt default of the US government, even temporarily, where China is the biggest lender government to the US?

I am wondering if the spin doctors from all sides can give us ordinary mortals, some hints of what's going on.

As I noted above, the island-province of Basilan, clearly within the Philippine territory, zero dispute about it, we cannot even develop. It used to be the scene of kidnapping for ransom by the Abu Sayyaf, and fighting between bandits and some Muslim rebels with the AFP. Basilan land area is 2x that of Singapore. The AFP, the police, the national and local governments, cannot even ensure peace and order and attract more businesses and job creation in that island province. So why spend billions of pesos more for the Spratlys adventure? From Manila, those islands are even farther than Batanes in the north and Basilan in the south. By ramping up the Spratlys "war dance", it is clear that there are certain sectors and vested interests who intend to steal big time from us taxpayers.

Every year, the country's budget deficit is about P300 billion. Is this not enough? They want more military spending, more borrowings, and more taxes to pay those borrowings. Personally, I even plan the trips for my kids well as there are lots of taxes in gasoline and diesel products. Out of the P53/liter gasoline prices, at least P13 of it are government taxes alone (import tax + excise tax + VAT). What do they want now, more taxes in gasoline and other products to finance their planned robbery in the Spratlys spending? This is silly, if not crude robbery. 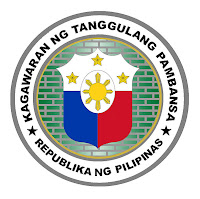 Some people insist that higher defense budget, "strong external defense is an obligation of the state, supported by a strong economy." At the current fiscal condition of the Philippine government, it is impossible to have a "strong economy" if 20% of the entire tax collections of the government every year is spent on interest payment alone, because of the huge public debt. From the remaining 80 percent of total tax collection, all sectors will fight it out for a shrank pie -- education, healthcare, housing, agriculture, environment, police, military, local governments, social work, public works, CCT, etc. That is why more borrowings have become the rule rather than the exception.

It is therefore impossible to increase defense or military spending without increasing public borrowings. Unless we privatize Camp Aguinaldo, the AFP and the Department of National Defense (DND) can use tens of billions of pesos of privatization proceeds for AFP modernization, and the the AFP, DND and their golf course will move somewhere else for their headquarters.

There is indeed a big challenge to "put the house in order." Government should learn to live within its means. Do not over-spend, do not over-borrow, do not over-tax, do not over-adventure militarily. Corruption, wastes and robbery in government can immediately be minimized by applying this simple philosophy. Just to have a zero budget deficit even for one year has become an "impossible dream" now. How come?
-------

A good friend, Sam A, aka "Abu Samy", made this reaction about the proposed "Spratlys adventure" by certain sectors in the Philippines. He used to be a plane pilot, so he knows a number of things about jet planes and fighter planes.

Ahhhh, national sovereignty and pride, what have you wrought? Challenging China? Seriously? With what? A couple of rickety PT-like boats, some tora-tora vintage planes, and a howitzer or two perhaps? Ok, ok, so that's why they're asking for more moolah to supplant our paleolithic fleet of combat material. Do they have a wishlist, i.e., offensive or defensive type of equipment, quantity, supply and maintenance, training, simulators, etc.? 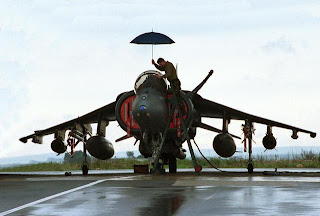 To effectively defend the disparate and lilliputian Spratlys against a full-scale invasion (aircraft and destroyers) by the Chinese, we'd need at least two squadrons (~28 aircraft) of at the very least, Harrier V/STOL fighters to fend them off. The Harriers were roughly $40 million each WITHOUT ammo, armamaents (missiles & bombs), spare parts and fuel in the year 2000. That's roughly P2 billion each. You'd also need an air tanker or two of KC-135 Stratotankers ($40 million each w/o spare parts, etc.) to sustain the Harriers in flight. 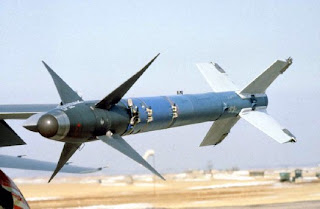 Total bill? Roughly P350 billion for a 3-day war. And that mind you is IF the Chinese just send their MIG-21's to dogfight with the Harriers. If they send their new stealth fighter the J-20, well the AFP might want to purchase some F-22 Raptors ($339 Million each) and/or F-18 Hornets ($60 Million each) to mix it up well and win.

So much for wishful thinking...

I thanked Abu Samy for giving me permission to post his ideas here. We fondly call him "Abu Samy" because several years ago, while vacationing with his wife and 3 kids in a beautiful island-resort in Palawan, the Abu Sayyaf bandits struck and kidnapped more than 20 guests from that resort. Luckily, Sam and his entire family stayed in a far away cottage that the bandits did not bother to get as they prioritized the guests staying in cottages on the shore. In memory of their near brush with such traumatic kidnapping (the negotiations to end the kidnapping by the bandits lasted for many months), he and his friends adopted the "Aby Samy" monicker :-)

I told Abu Samy that perhaps the potential (or resident) big time thieves in the government are not that ambitious to "beat" the Chinese military as suggested by him. I have not heard or read from the "war dance" singers and lobbyists any amount closer to "P350 billion" for a 3-days, or even a 3 months war.

Me also thinks that the potential thieves would be contented with P10 B a year for 4 years as additional funding on top of regularly appropriated for "AFP modernization", as suggested or ordered by President Noynoy Aquino. Why? Because having a really "strong" air force and navy to match the Chinese firepower is not their goal. Their main goal is to get or steal X percent from P10 B per year.
---------