Today, the Sixth International Conference on Climate Change (6th ICCC) will start in Washington DC and end tomorrow at noon (June 30 to July 1). The event is sponsored by the Heartland Institute, a free market think tank based in Chicago, Illinois, USA. As the title implies, this is the 6th time since 2008 that Heartland has been sponsoring this important conference on climate realism, not alarmism. 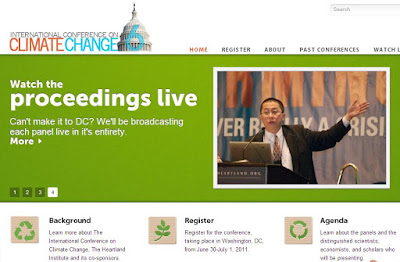 The proceedings of the first 5 conferences can be downloaded at the earlier link I gave. In this photo is Dr. Willie Soon, a Malaysian-American solar physicist from the Harvard-Smithsonian Center for Astrophysics, Boston. He was among the keynote speakers during the 2nd ICCC in NYC in March 2009. I have befriended Willie since then.

The 5th ICCC was originally called the Pacific Rim Conference on Climate Change, held in Sydney last year. It was a one-day activity only, attended by mostly Australian participants. The event was after the two-days Pacific Rim Policy Exchange, September 29-30, 2010, held in the same hotel. Heartland was a co-sponsor of this event. There were many international participants in that two-days conference, from North and South America, Europe, Asia, and Australia-New Zealand. I have attended both events, thanks to the Americans for Tax Reforms for providing me a travel grant.

The 4th ICCC was held in Chicago last year. I attended it, courtesy of Heartland's travel grant as our think tank, Minimal Government Government Thinkers, Inc. was one of the international co-sponsors of the event.

I have written several articles about the 4th ICCC. Among them were:

The 3rd ICCC was held in Washington DC sometime in June 2009. It was a one-day activity and targeted US legislators, their staff, other interest groups as the US was debating then the carbon cap and trade legislation. 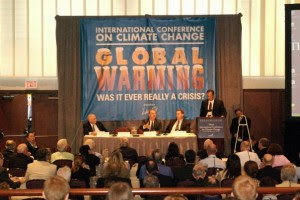 The 2nd ICCC was held in NYC, where the United Nations holds its headquarters. It's the UN's IPCC that fanned global warming alarmism and another UN body, the Framework Convention on Climate Change (FCCC) is responsible for the global coercion on various environmental and energy regulations, taxation and subsidization to certain favored or crony energy sources.

I also attended that event, again, courtesy of Heartland which gave me a travel grant for the same arrangement, our think tank was one of the international co-sponsors of the event. Well, we were the only think tank from South East Asia actually, that co-sponsored the event. My article about the event is here, Politicizing science via climate alarmism, dated March 12, 2009. 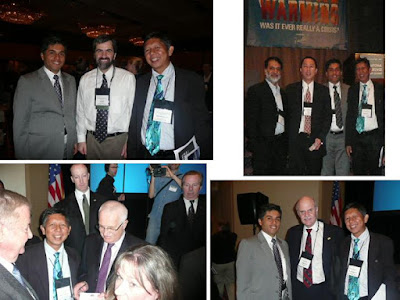 Some pictures during the 2nd ICCC, from top left, clockwise: With Jose Luis Tapia of ILE, Peru, Joe Bast, President of Heartland Institute; Barun Mitra of Liberty Institute, India; Dr. Willie Soon, and Jose Luis Tapia; Jose and Alex Chafuen, President of the Atlas Economic Research Foundation; and with Pres. Vaclav Klaus, President of Czech Republic, who was one of the keynote speakers of the conference.

I wish Heartland and other organizers/sponsors of the 6th ICCC another successful event. MG Thinkers is actually among the international co-sponsors again of the event, but the secretariat may have forgotten to include our name and logo in the list.
Posted by Bienvenido Oplas Jr at 4:43 PM