Gloria Macapagal Arroyo (GMA), the 2nd longest President of the Philippines (2001 to mid-2010) is possibly next to Ferdinand Marcos (President, 1965-February 1986, 20 years in power) in number of political scandals and corruption charges. Here are some of them, as expressed by the cartoons posted in the web from various sources.

During the 2004 Presidential and local elections, her conversation with COMELEC Commissioner Garcillano where she asked the latter where she can get several million votes to cheat on strong opponent, former actor Fernando Poe Jr., was bugged. 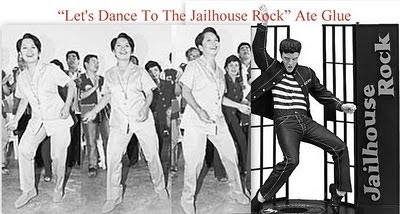 The taped conversation was released to the public from some quarters of the military who did the bugging. A strong case for impeachment against her was filed in Congress, but due to simple technicalities, her impeachment and disgrace to the jails were squashed. 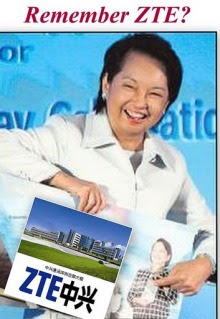 Perhaps the next big robbery scandal against her and her husband was the aborten National Broadband Network (NBN) project, to be supplied by a Chinese company, ZTE.

More than $320 million of Philippine government deal, a big portion of it were for kickbacks, was discovered as there were many witnesses. From former House Speaker Joe de Venecia's son, Joey de Venecia to several government officials. Her husband, then First Gentleman (FG) Mike Arroyo, and former COMELEC Commissioner Benjamin Abalos, were the main characters in the scandal, with GMA to just sign the deals.

Remember the alphabet song, "ABC"? Filipinos who are creative in inventing jokes composed a funny song out of it. "A-B-Z-T-E-F-G..." :-) 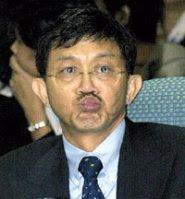 In the succeeding Senate investigations, Neri did not cooperate with the Senate anymore, kept silent citing "Executive privilege." Joe de Venecia was angry at his former tauhan, of course. In exchange for his silence at further implicating GMA, Gloria appointed him as head of the Social Security System (SSS). 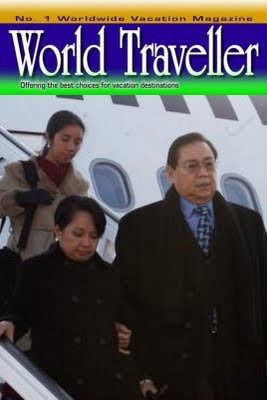 Her official travels in so many countries, often with a huge entourage of legislators, Cabinet officials and business friends, were highly publicized.

Family menbers like hubby Mike Arroyo, children, were also among the members of the entourage in some countries. 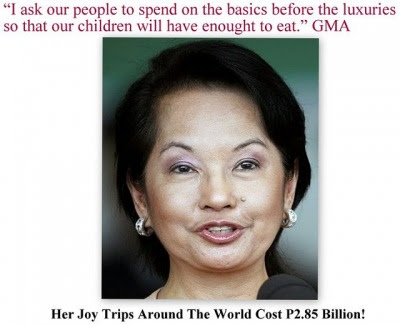 During one of their last few foreign trips, in Washington DC, their dinner at an expensive restaurant was photographed by some Filipinos there and the photos were circulated in the web. Another scandal of their luxurious lifestyle. 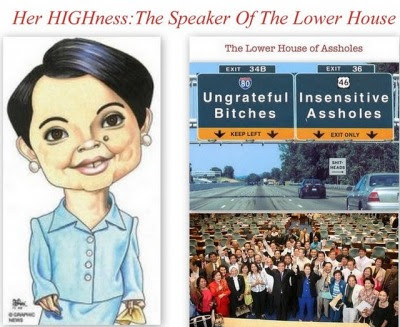 She is the first former President who did not retire from politics after her term ended. With so many political scandals during her term, she was assured of endless legal harassment.

To reduce such risk, she ran as a Congresswoman, and there were loud speculations then that she could be running as Speaker of the House. It did not happen as her political party was routed in the 2010 Presidential and local elections. 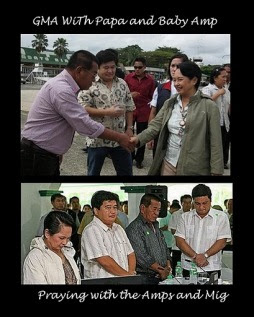 The "Maguindanao massacre" were some 58 people were killed, point blank, some were tortured first before shot, was another big scandal during her term. Thirty (30) of those killed were media people.

Her name was dragged naturally because the perpetrators, the Ampatuan clan -- Governor of Maguindanao province, about 2 sons were Mayors of (2) municipalities, many other relatives were provincial and municipal officials -- gave her huge lead over opponent Fernando Poe Jr. during the 2004 Presidential elections.

Unfortunately, the case is dragging until now, more than one year after the massacre. 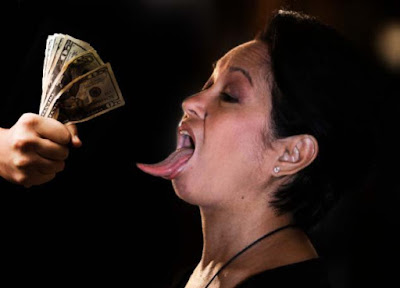 Money and Power. That was the guiding light of her administration, as President for 9 years, and as a Congresswoman. Her 2 sons are also Congressmen, one of which as a party list Congressman "representing private security guards." What a shame. 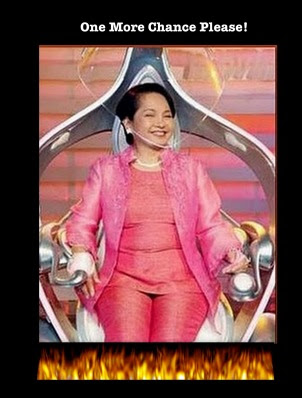 A graph of satisfaction rating of former Presidents, from 1986 to 2010.

Ive posted your funny GMA pictures on this site. Thanks! Try to vivit us also at http://forum.fakland.com/index.php?topic=1237.0