(This is my article for thelobbyist.biz today with original title, Merits and Demerits of High Drug Prices, Part 2)

This is the continuation of our discussion last week here. The two other proposals that are expected to bring down drug prices are:

a. There should be no advertising allowed for medicines in order to help reduce drug prices. Instead, all pharma companies will be featured in a public forum attended by physicians, pharmacists, other health professionals and the public.

On (a), if there is only one producer of a particular product, ie, a monopoly, like government, that firm will not need any advertising or marketing. Consumers know only one producer and seller, they do not know of anybody else, so there is no need to advertise. Take the cases of the police (PNP), the armed forces (AFP), social security (SSS , GSIS), healthcare (PhilHealth), housing (Pag-IBIG), etcc. They are the single providers of their particular services, they do not need advertising to attract clients. Should they advertise, it is mainly to counter negative public perception of them as wasteful or corrupt or stealing public money. So they advertise to say that they are caring, that they are willing to “serve” the public, and so on. 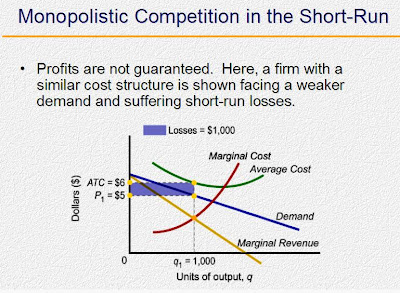 Private companies in various sectors or sub-sectors like the pharma industry, they are many – local pharma, multinational pharma here, and foreign pharma exporting their drugs here. Most business sectors in the economy like pharma have an industry structure called “monopolistic competition”. This industry structure has 3 characteristics: (1) many firms and players, (b) there is little barrier to entry (the usual bureaucracies to set up or continue a business), and (c) product differentiation.

No firm is so big to influence pricing, so the firms differentiate their product through branding. Examples of company branding lare “Unilab yan”, or “Alagang Pfizer”, “Mercury, gamut ay lagging bago”, or “The Generics Pharmacy, mabisa na, matipid pa”. Then there are product branding like biogesic, tempra, calpol, panadol, paramol, dolan, and many other brands, all referring to only one generic molecule “paracetamol”, some are compounds of paracetamol + other molecules.

Advertising and marketing help us ordinary mortals be aware that certain products and drugs exist and are available in the shops and drugstores. Then we are made aware of their chemical properties, what are their health capabilities and limitations or possible side effects, who manufactured them, what are their prices, etc. This way, we or our physicians or pharmacists would be able to compare and choose the appropriate drugs and products for us or our patients.

In short, advertising can be considered as a “necessary evil”. There are costs to advertising and marketing, and such costs are passed on to us in the form of higher prices of their products. The important point is that we have options and choices. Those products that are heavily advertised tend to have prices that are higher than the average industry price. So while there is wider public awareness of their existence, there is also wider public skepticism that the price is higher than normal. And this will put some “brakes” on some pharma companies to limit their advertising.

On (b), there is big irony on public attitude towards more government intervention in the economy in general, and healthcare in particular. There are thousands of government-sponsored pharmacies (Botika ng Bayan, Botika ng Barangay), there are thousands of rural health units (RHUs) and barangay health centers (BHCs), dozens of government-owned hospitals (DOH, state universities like UP PGH, and local governments), there is a government health insurance monopoly (PhilHealth), there are government-imposed drug price controls (MRP and mandatory 20% discounts to senior citizens and persons with disabilities). And public complaint of “high drug prices”, “limited and inaccessible healthcare” is endless. And there is another proposal to create another government corporation, a government pharmaceutical company.

Estimates of achieving a “universal healthcare” alone, of enrolling at least 85 percent of the soon 100 million Filipinos to become PhilHealth members, are in the territory of P85 billion a year already. Not included here yet, are the budget of the (1) DOH and its affiliated hospitals, (2) local government hospitals, RHUs and BHCs, (c) health centers and projects of some state universities, (d) various medicine entitlement programs, and so on.

And soon we may have another expensive law to control population in the existing RH bill, where government will use tax money to buy and distribute condoms, pills, injectibles, etc. and hire thousands of new midwives, doctors and nurses, and create new provincial/city hospitals or modernize existing ones.

And we are expected to create another tax-funded government corporation to manufacture medicines?

Lots of the factors that contribute to high drug prices can be traced to government policies themselves. These include (a) high and multiple taxes of medicines, (b) high and multiple taxes of healthcare companies (pharma, drugstores, hospitals, HMOs, etc.), and (c) padding and over-pricing of drugs by some government-owned hospitals (including the AFP hospital) and LGUs due to corruption and robbery.

We should be better off if we improve the current lousy healthcare services of certain government offices, and discontinue the habitually anomalous programs and expenditures. Every peso of wasted or stolen tax money is one peso away from the pockets of taxpayers, especially the fixed income earners. Money that they could have used to buy more nutritious food, cleaner house and community, and other healthcare preventive measures.
Posted by Bienvenido Oplas Jr at 8:39 PM