Friendster will officially shut down today, May 31, 2011. Nine (9) years of existence (March 2002 to May 2011), was the #1 social networking site around the world (I think) sometime in 2005-2007, and much ahead with facebook then. Then things just collapse, or implode. RIP friendster, or it will be resurrected as a new social network, affiliated with google or youtube or yahoo? 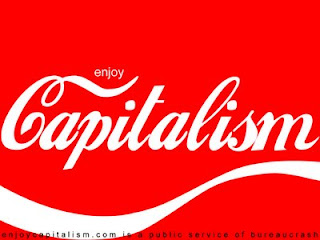 Capitalism showed its ugly face on friendster - and its handsome face on facebook. And this is one more proof that capitalism -- not socialism or communism or fascism -- is the most subversive economic system in the world. When left on their own, private enterprises can be friendly with, or be fierce and ruthless against, one another. And the main partners of the entrepreneurs in their competition with other entrepreneurs, are their workers.

Speaking of facebook, I got these interesting statistics from Resti Reyes' article today, Update: New Statistics on Social Media.

* 23.4 million Filipinos, or 93.7% of all who are actively online, are on Facebook. We are No. 7 worldwide in terms of our Facebook population, but No. 1 in terms of net reach over total internet population. Facebook has quickly overtaken all other forms of social media, almost doubling its Pinoy subscriber base in the past 12 months.

* There are now 667 million people on Facebook worldwide. If FB were a country, it would be the 3rd most populous nation on earth, after China and India. It would be more than double the size of the U.S.

Here is a good statistics how huge or how invasive social media has become.


Majority of the big newspapers worldwide are suffering from declining sales as people turn to the web to read news. And that's another example of how subversion within capitalism is causing certain industry instability while creating stability in new industries or sectors springing up.

And many people have already declared that "Capitalism is over, it's finished." When? Well every time there is a regional or global financial turmoil. Yeah, they may be right.
Posted by Bienvenido Oplas Jr at 10:42 PM