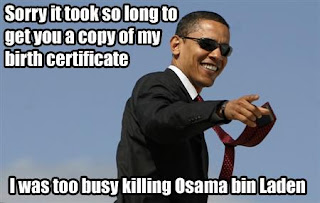 Upon news of US President Obama announcing that the Navy Seals have killed Osama Bin Laden (OBL) in Pakistan, this cartoon was among the first to show up. I got this and a few others from Dan Mitchell's
blog. 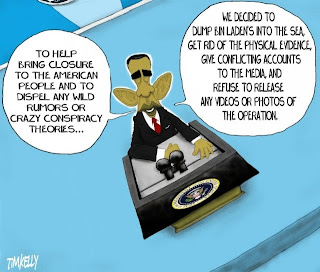 Then when doubts and conflicting stories from the White House surfaced, this cartoon was among those that popped out. I got this from Steven Goddard's blog.

And this is supposed to be OBL's last facebook update. Cute and funny. Really imaginative cartoonists out there. 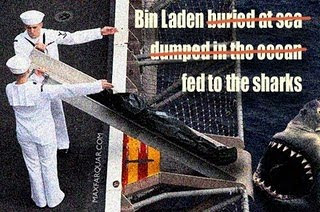 Well, not exactly a shark, more of a monster fish from the abyss :-)
From Colorfulrag blog. 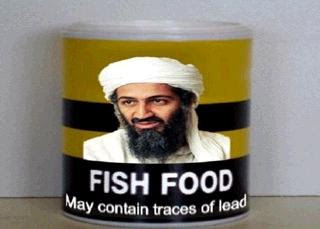 Another spoof of the man.